Trip to the Wet Tropics: Frogging Around Ravenshoe & Palmerston

During Day 2 of our five day/four night trip, we hit the road and travelled up through the Palmerston Highway, through to Millaa Millaa and onto Ravenshoe, the highest town in Queensland. Once we arrived, we set foot exploring the area in search of habitat of the impressively decorated Mignificent Broodfrog (Pseudophryne covacevichae). We came to a trickling gully, and with a sense of promise, we would return that evening. On our way back to town, we stopped by Little Millstream Falls for lunch. The size of the rock formations and amount of water flowing over the falls was quite impressive; as are many of the great waterfalls of FNQ. 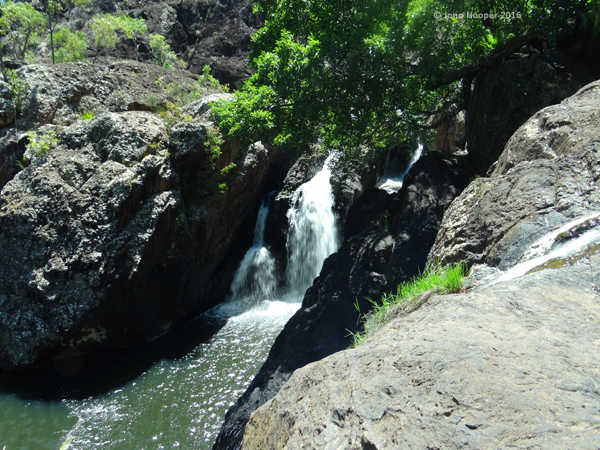 On our way back to the Magnificent Broodfrog site that evening, we came across several other species. 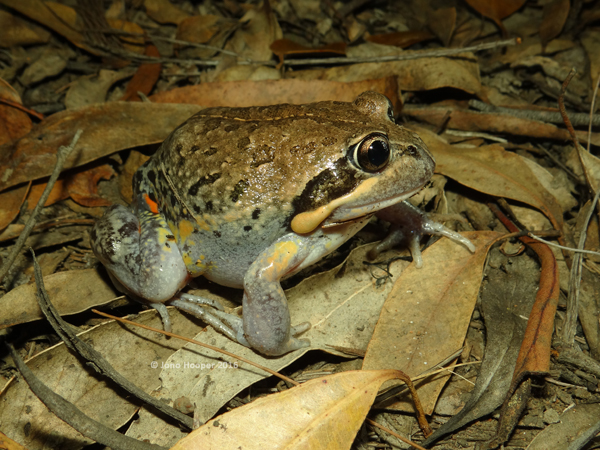 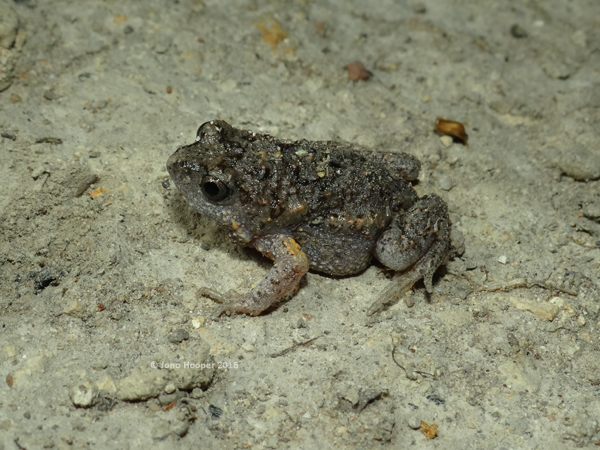 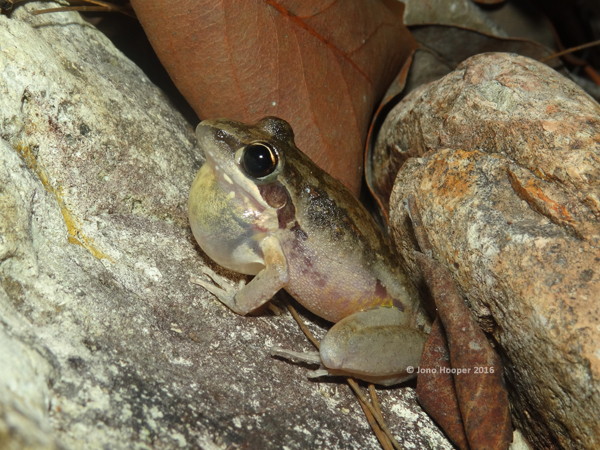 On approach to the trickling gully, we heard the call of the frog we came to find. 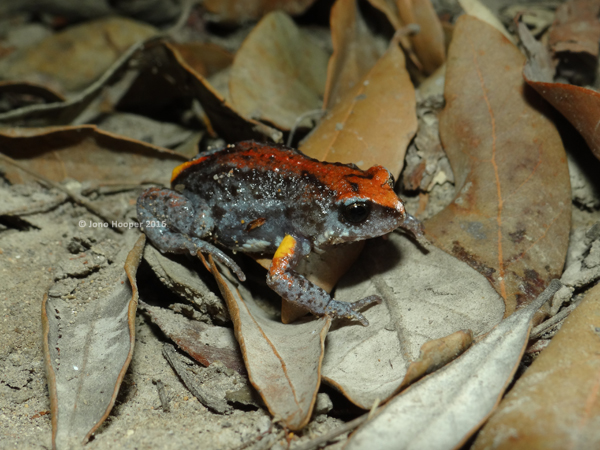 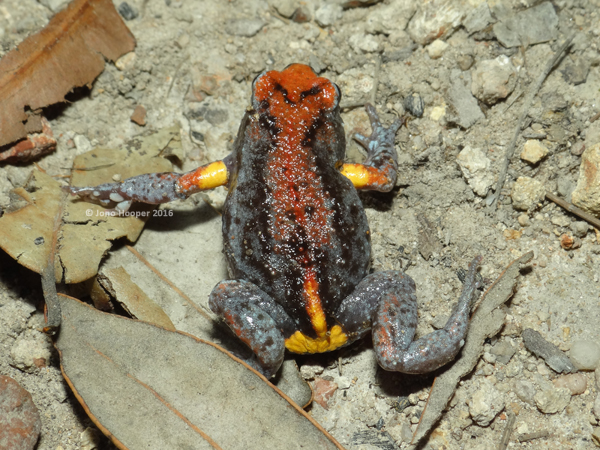 As broodfrogs, this Genus is a pretty cool species. They lay a clutch of eggs in damp soil and the male will guard the eggs. The eggs are then washed into nearby water during rainfall where the tadpoles develop. This broodfrog is one of the more brightly coloured in the Genus.

After leaving this site, we drove around Ravenshoe and found a few more frogs in unnatural habitats. 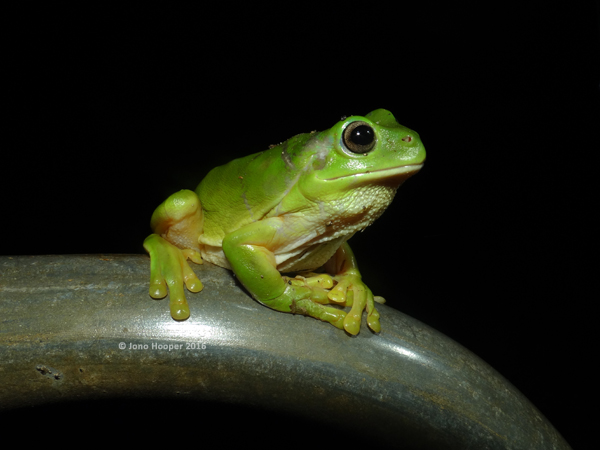 Leaving Ravenshoe, we travelled back down the Palmerston Highway where we pulled over and poked around several streams and waterfalls. Waterfall Frogs were at every waterfall we came across, as were a few other species along the way. 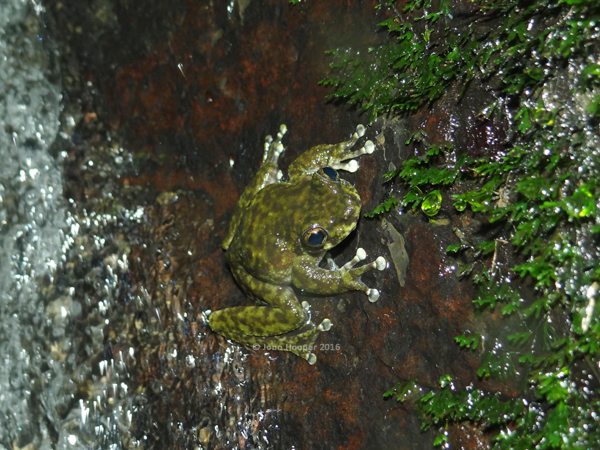 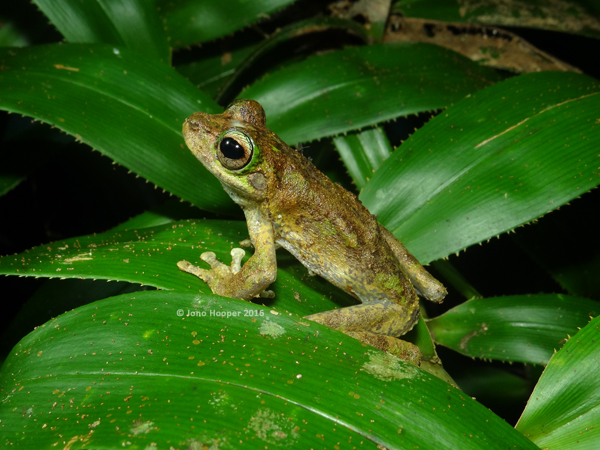 We also found this female Common Mistfrog. Despite it’s name, it is classified as endangered. 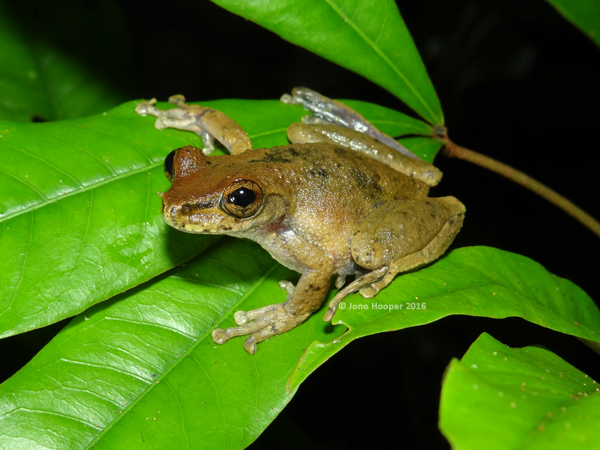 Tonight’s list of new species seen wasn’t as long as the night before, but the frogs were impressive none the less!

Stay tuned for Nights 3 and 4!

One thought on “Trip to the Wet Tropics: Frogging Around Ravenshoe & Palmerston”