Good things come to those who wait – and a lot of people had been waiting! Tuesday marked the beginning of what was to be the wettest period in about 9 months, so I jumped at the opportunity to see what amphibian life had taken opportunity of the 70mm downpour.

A friend of mine; David, kindly agreed to go frogging on very short notice, so we headed to Roy’s Rd, near the scientific area reserve. I haven’t seen a new species in over a year so hoped I might have out there. Despite hearing and seeing several frog species, none of which were new to me. 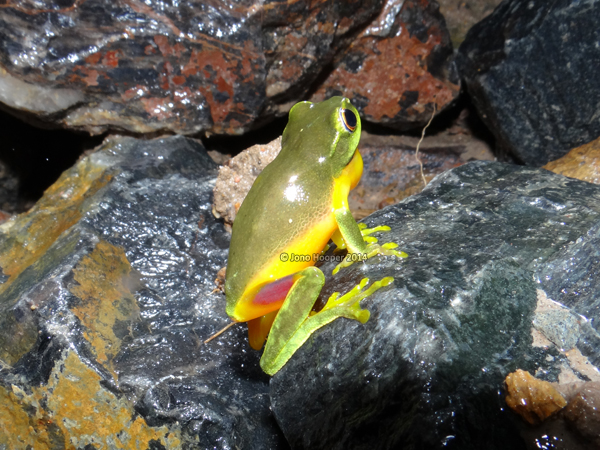 I was however very pleased to have snapped some much better photos of the Copper-backed broodfrog (Pseudophryne raveni), of which I haven’t found often before. 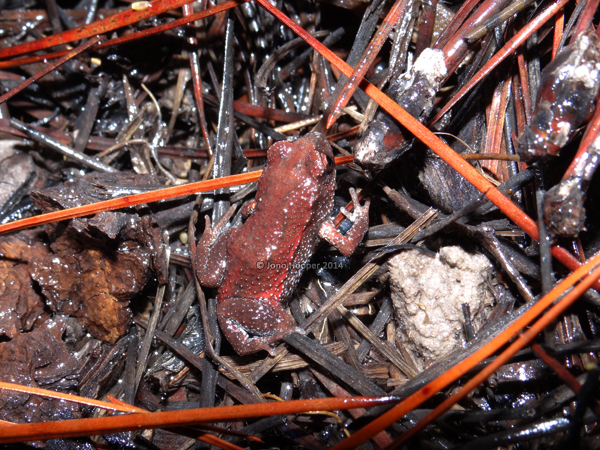 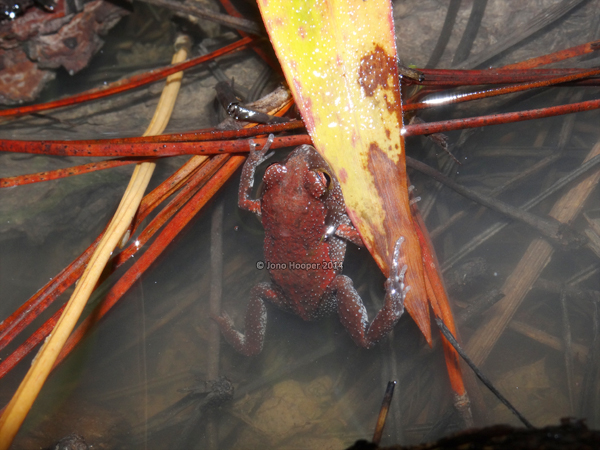 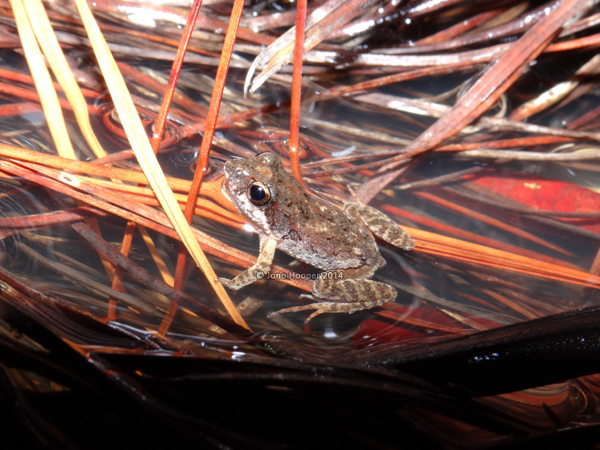 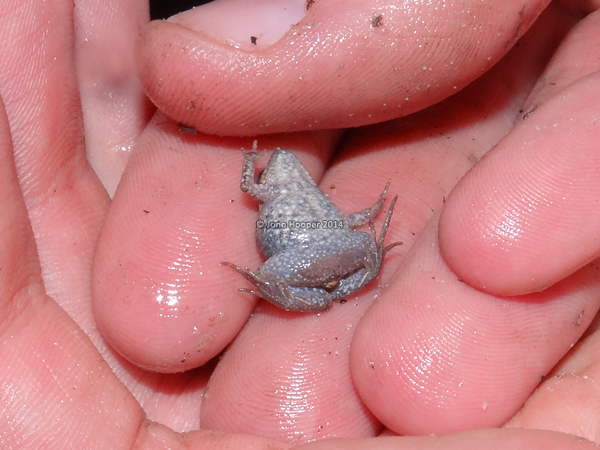 Belly shot of the wallum froglet (Crinia tinnula). Crinia species can be very difficult to distinguish, so often the only way to tell are by the patterning/markings on their stomach.

We found a few other species, the green treefrog (Litoria caerulea) and the striped wallum frog (Litoria freycineti), before heading off home.