If you have been reading this blog for a while you probably know the endangered Fleay’s Barred Frog (Mixophyes fleayi) is one of the few species on the Sunshine Coast I have been eagerly waiting to find. I’ve heard it a couple of times already but never found one yet. This particular night I hit the jackpot.

It had been about a year since the last QLD Parks and Wildlife Service frog survey in Conondale National Park, so I was stoked to again join Rowena and a fellow park ranger for a night of frogging in Conondale NP. We weren’t expecting to hear or see much due to the very dry conditions, but on arrival at our first monitoring location, we were greeted with Great and Giant Barred Frogs in chorus, as were Tusked Frogs, Cascade Treefrogs and Southern Orange-eyed Treefrogs further along our transect. 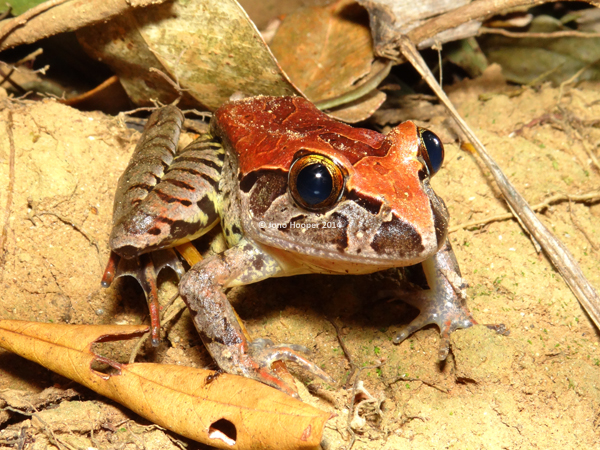 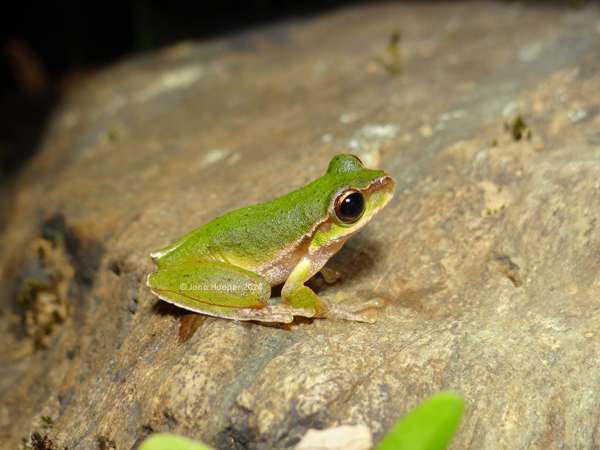 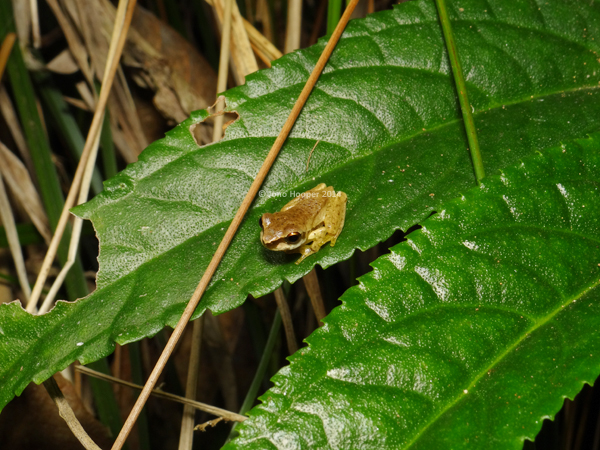 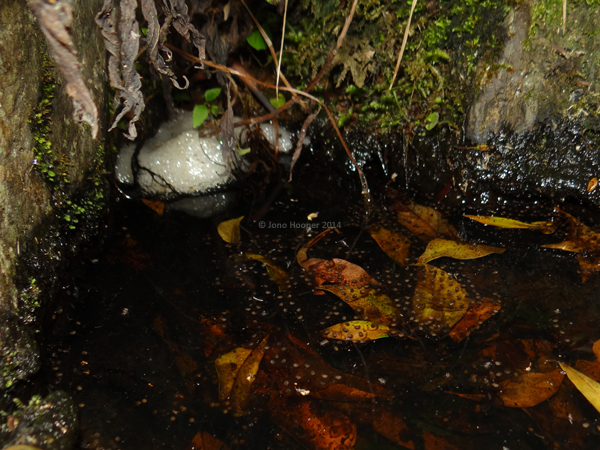 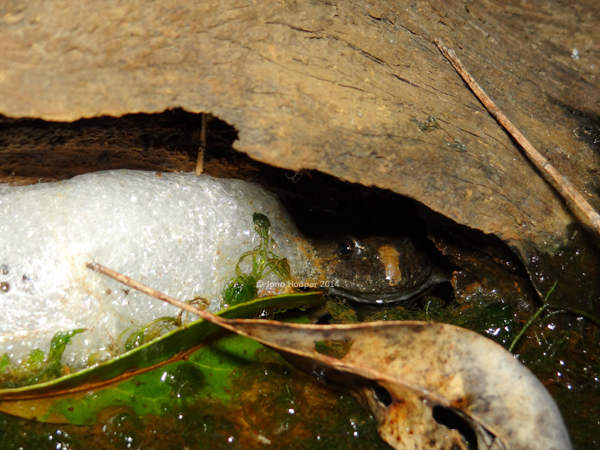 Tusked Frog (Adelotus brevis) male calling from his eggs. This species guard their eggs until hatched.

And finally, before we set foot to our second survey site, I pricked up my ears after hearing the calls of several Fleay’s Barred Frogs. We had heard them from nearby this particular riffle before, but never been able to find them. We reckon there were about five males calling, which is rather exciting considering this species was particularly affected by the chytrid fungus that tore through this national park in the 1980s, and because these were new individuals to add to the long-term monitoring records.

After spending a short time triangulating one particular individual, Rowena uncovered the frog beneath leaf-litter and dirt on the bank. 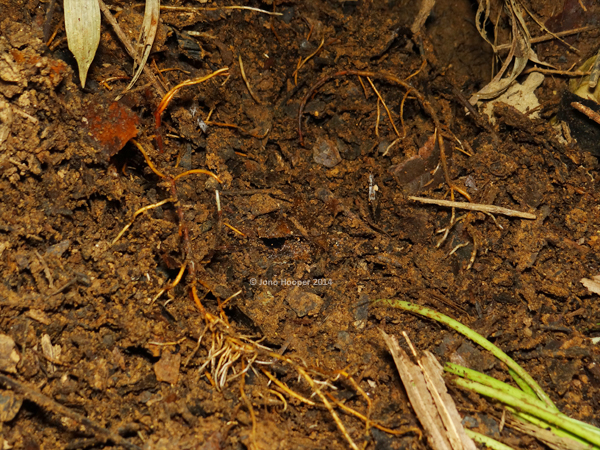 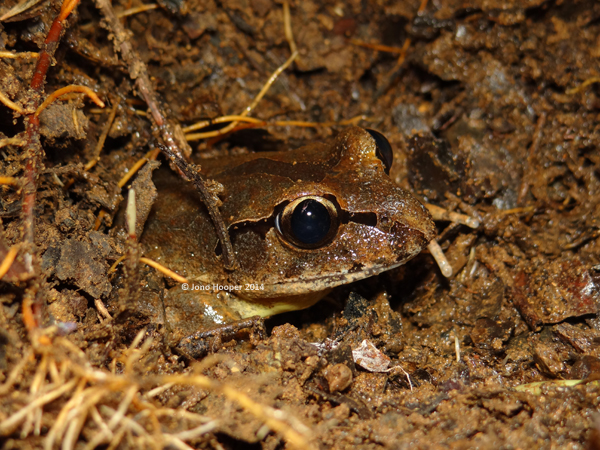 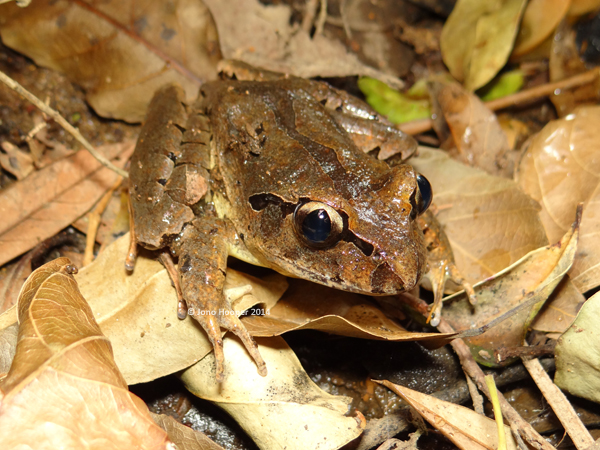 Fleay’s Barred Frog (Mixophyes fleayi). This species is distinguished from the other local barred frogs by the gradient of the iris i.e. lighter gold up top transitioning to a darker gold below.

The next species on my list is the Marsupial Frog, Assa darlingtoni!

One thought on “Finally found a Fleayi!”