The drive through to Jabiru on the Arnhem Highway kept my eyes busy as they scanned the sides of the road for areas of standing water (AKA likely frog breeding habitat). There was no shortage of water lying around, and in some places the volume of water tumbling over eroded roadside drains or spreading out across the landscape from a burst river, was impressive. After a quick stop in Jabiru for fuel and some snacks, we continued onto our accommodation for the next few nights at Cooinda.

The following morning, we decided to go for an unusual experience; a light aircraft flight over Kakadu’s iconic waterfalls. This was a very worthwhile activity! 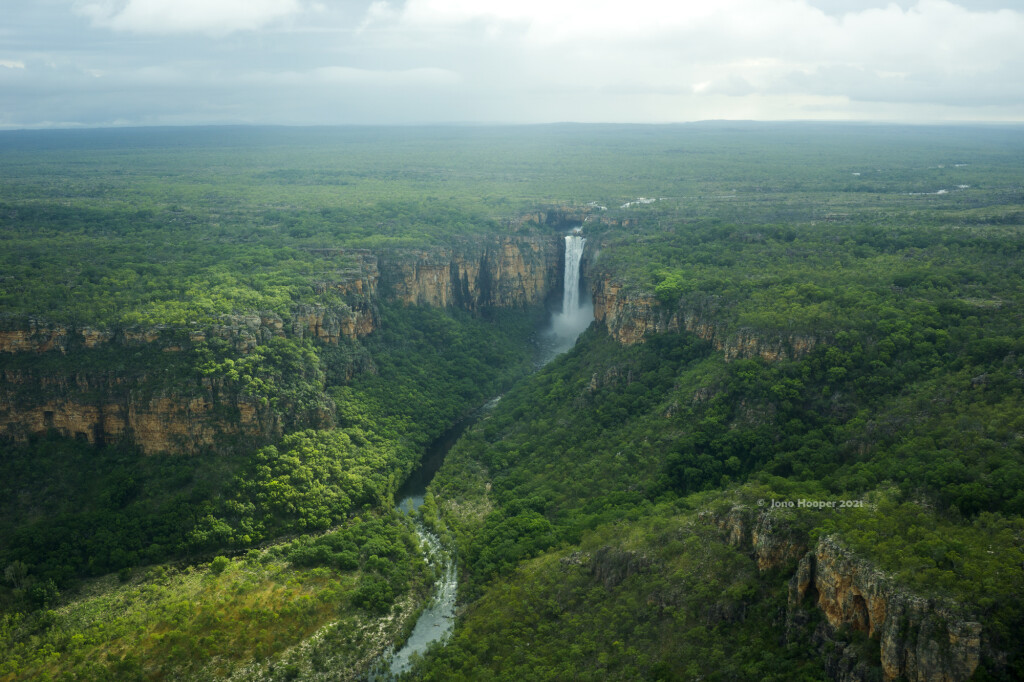 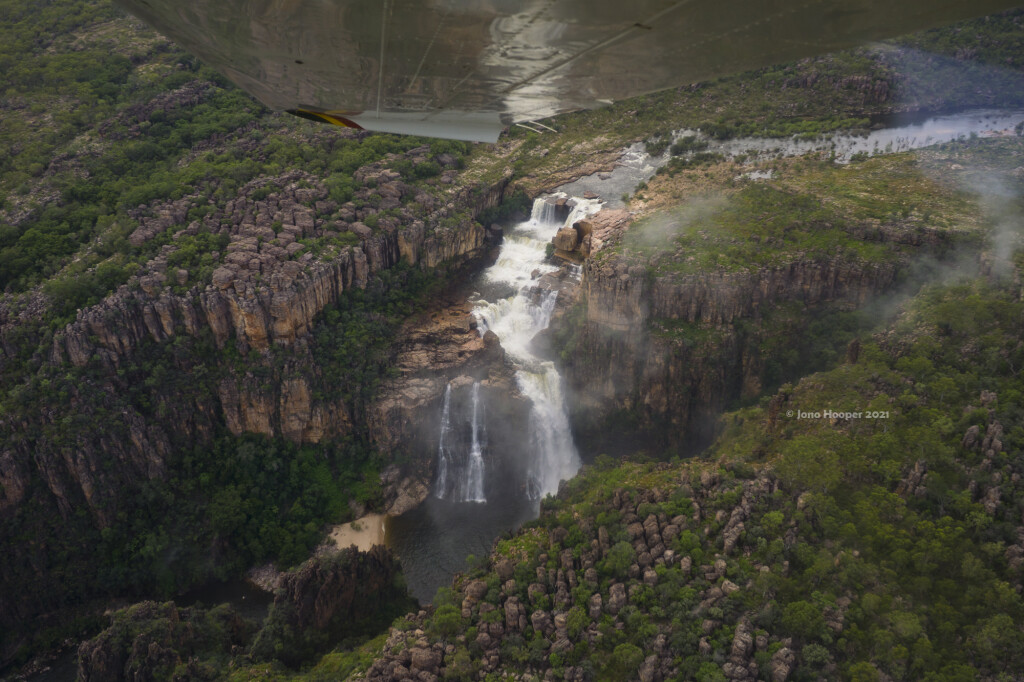 Twin Falls. The only means of seeing the falls during the Wet Season is by air as the walking tracks are closed.

There were several frog targets I had in this region; one of which was expected to yield a handful – Nourlangie Rock and lookout. Arriving below the lookout before sunset, we scaled up only a third of the impressive rock face to the lookout over Nourlangie Rock. Unfortunately, there was quite a bit of cloud in the sky to make for much of a sunset, but still, the view over the landscape below was worth the climb. And almost as soon as it had become dark, the herptofauna of these sandstone rocks broke their cover. I was most keen to find the Copeland Rock Frog and Rockhole Frog – both of which were not accustomed to staying still. 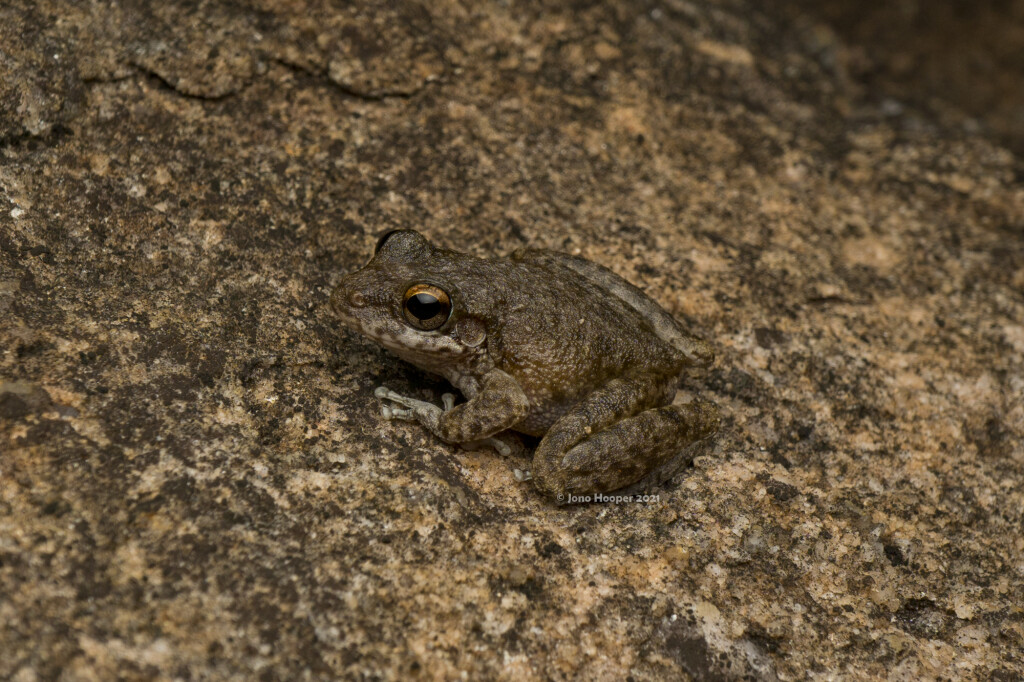 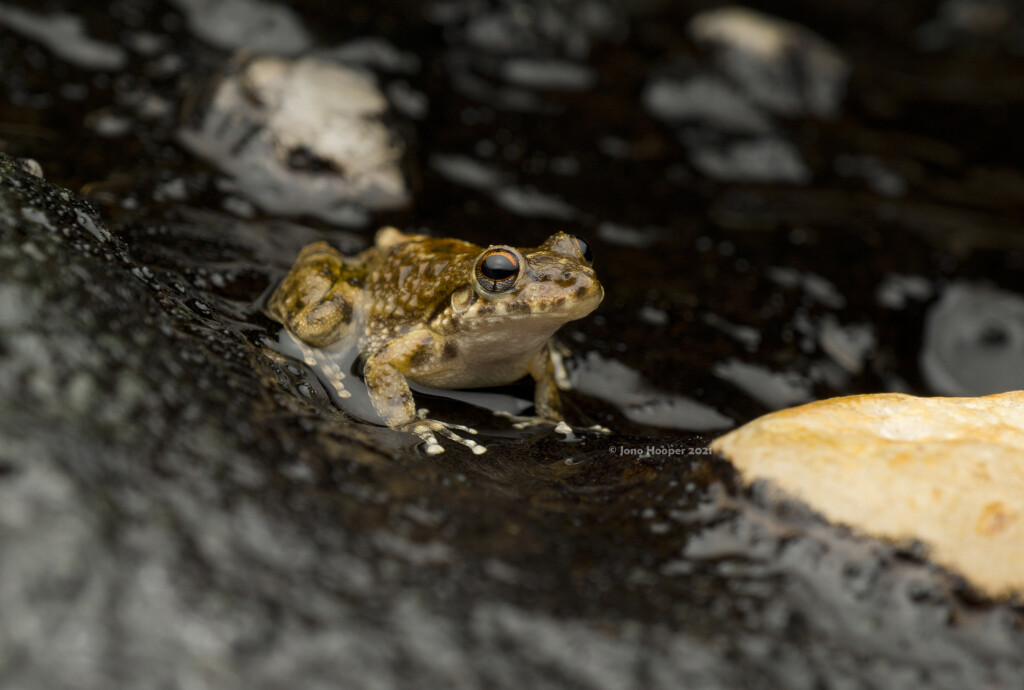 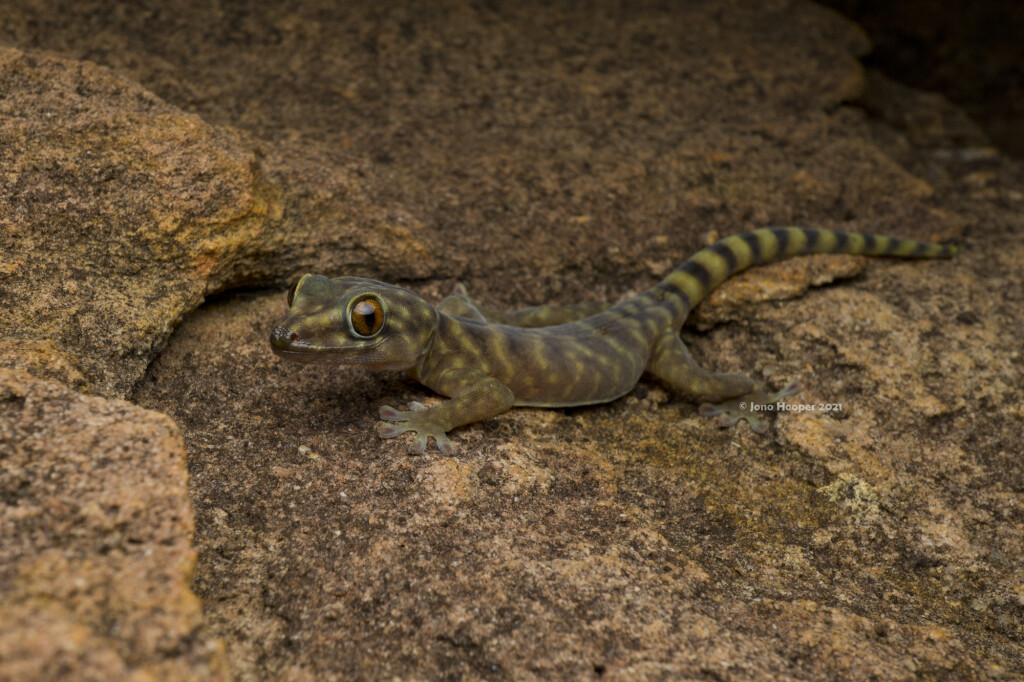 Upon climbing back down the rock and walking to the carpark, there were many Naked Treefrogs chilling low to the ground, and a few rocketfrogs that were not keen to stick around upon approach. 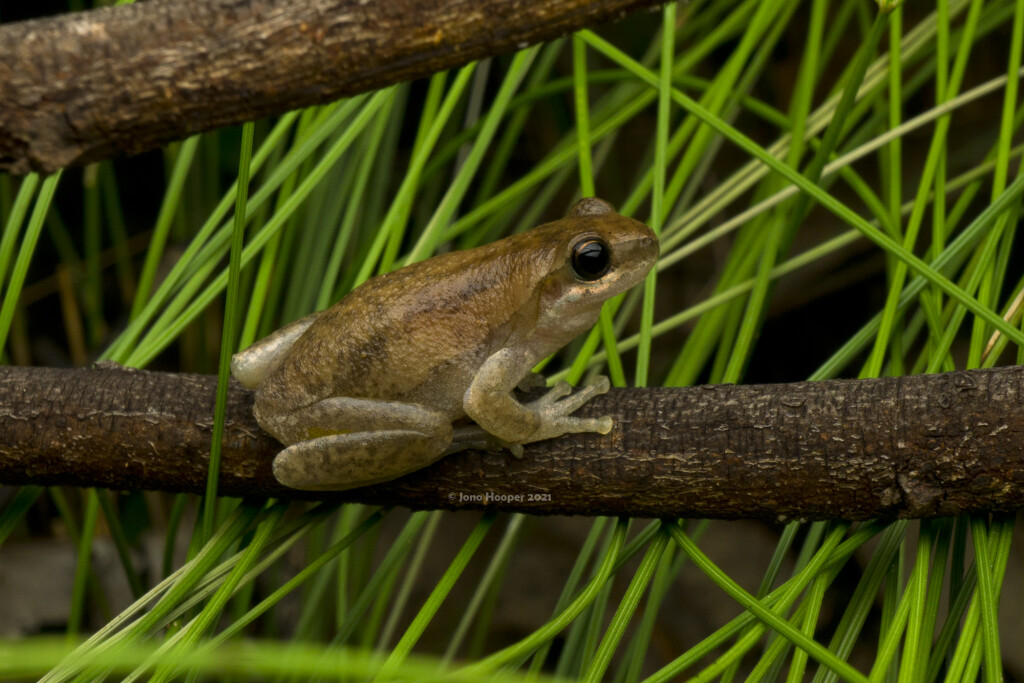 By this point, my better half was keen to leave for our accommodation (had I mentioned the unrelenting humidity and mosquito activity?). Problem was, the night was still young, and there were other frog species here to find. So cautiously, I drove the hire car back to Cooinda, saw to it that my wife was safely back in our room, before I headed out onto the Kakadu Highway at low speed, windows down and ears tuned to the sound of calling frogs. I had been listening for the Bilingual Froglet, when, with ears pricked, I heard the calls of a species I had already accepted I was not going to find this trip – the Northern Spadefoot. Reason being the incredible amount of rain that had already fallen this wet season, and prime breeding opportunities had likely already passed for this ground-burrowing species.

Excited, I hurried towards the direction of their calls. There were about four animals I could hear in the distance. I had heard of the experience from others how deceivingly close calling frogs of this species can sound, when in fact they may be several kilometres away from your position. Off the road and into the dense spear grass I went. Usually, one would scope out a potential site during the day to get a feel for the landscape, areas of ponded water, location of any watercourses and large reptiles that may inhabit them – things like that. I took a calculated risk, given there were no waterway crossings along this section of the highway, and the depth of ponded water I encountered was only ankle deep or less. As I ventured further into the spear grass forest, the calling frogs sounded incredibly close. I soon walked out of the spear grass and into an open patch, with the Spadefoots only 20-odd metres away. I began to home in on one of the frogs, just as they all went quiet!

Detection by eye-shine was practically impossible, as the grass was thick and surface water very shallow, meaning the frogs would be well concealed. So I crouched down to wait for them to fire up. And waited. And waited. And waited, like the mosquito-attractant that I was. Thankfully, the insect repellent worked to keep them off of my skin. I recall then only one or two frogs would call before shutting up when I again tired to home in on one. Close to an hour must have passed (and several almost aborted attempts later) before I finally set eyes upon one – which was in no photographable position, whatsoever! Many froggers have gone before me, during obviously peak conditions, and photographed this species mid-call, with vocal sack fully extended. I didn’t have that same opportunity, so here is what I did manage. 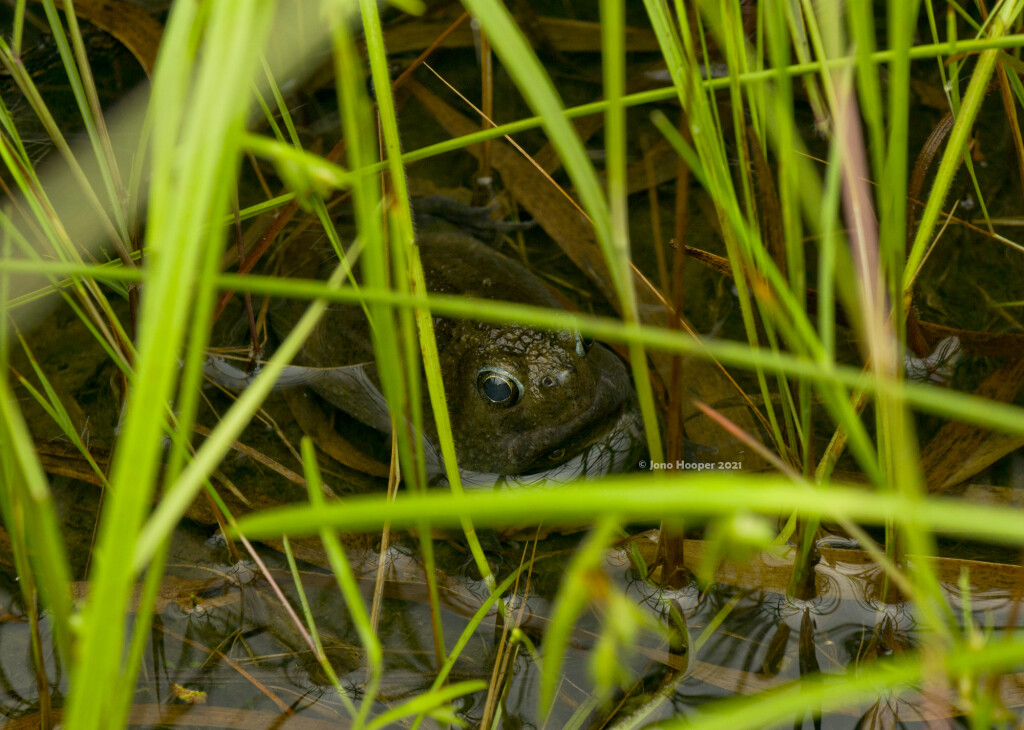 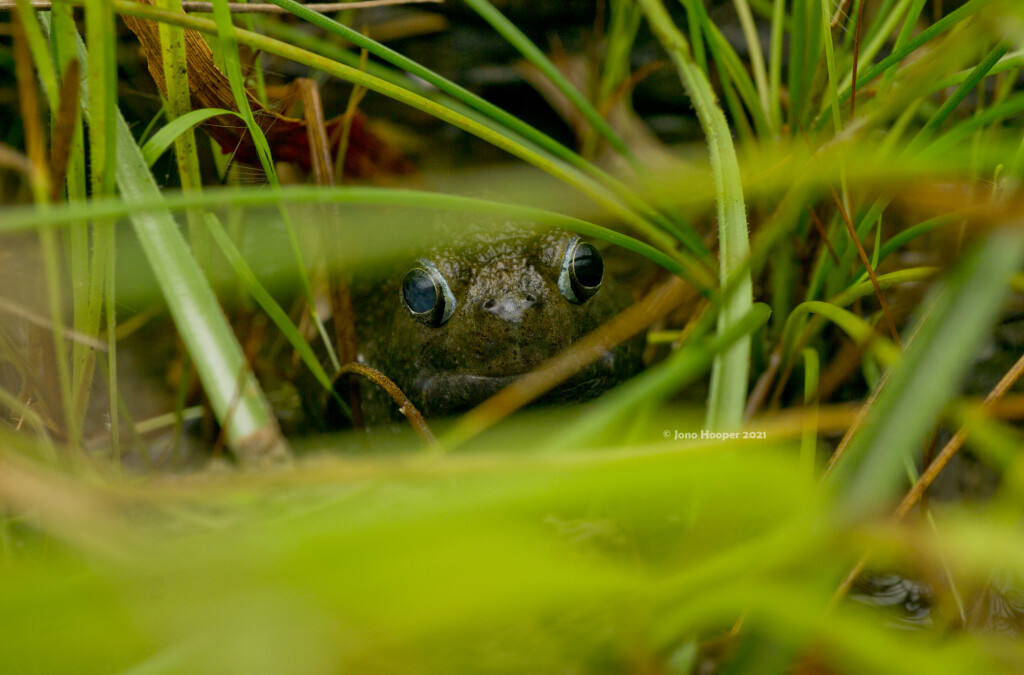 With photos and a call recording achieved, I was chuffed! So it was back out through the spear grass and out to the abandoned hire car I went, but not before searching for and finding a Crinia (froglet) that I later realised was likely the Remote Froglet, that I had previously photographed in QLD.

The next day, after an early morning guided tour down the Jim Jim Creek to Yellow Water billabong, followed by breakfast, a short (but very hot and very humid) hike and a swim, we returned to Nourlangie Rock to check out the aboriginal rock art before waiting for the sunset. This sunset, whilst the sun remained out of sight, was much more impressive. 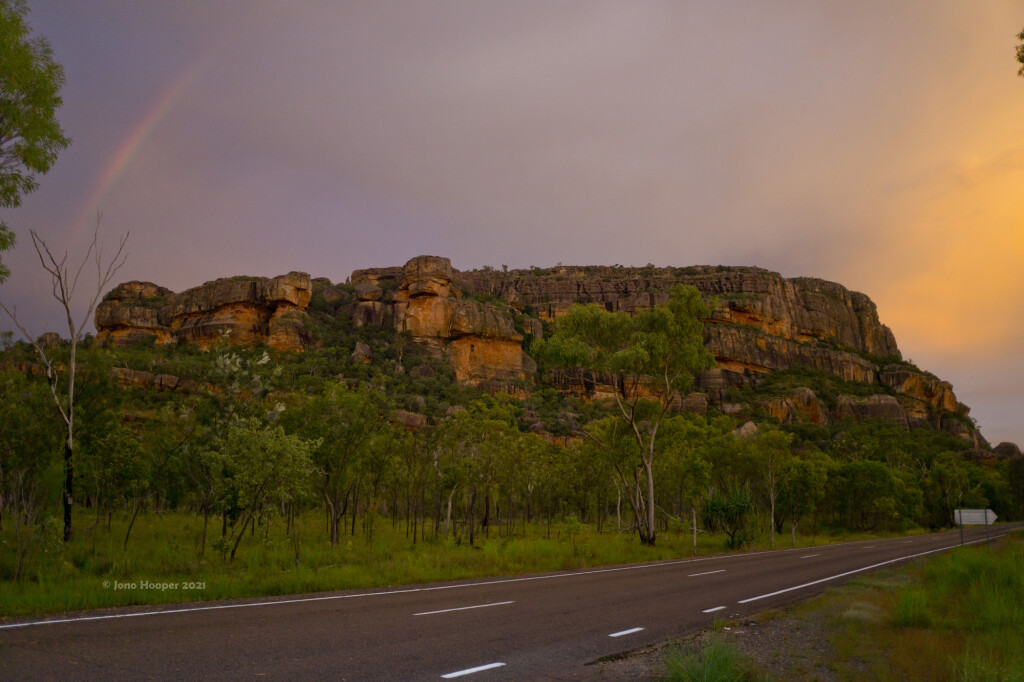 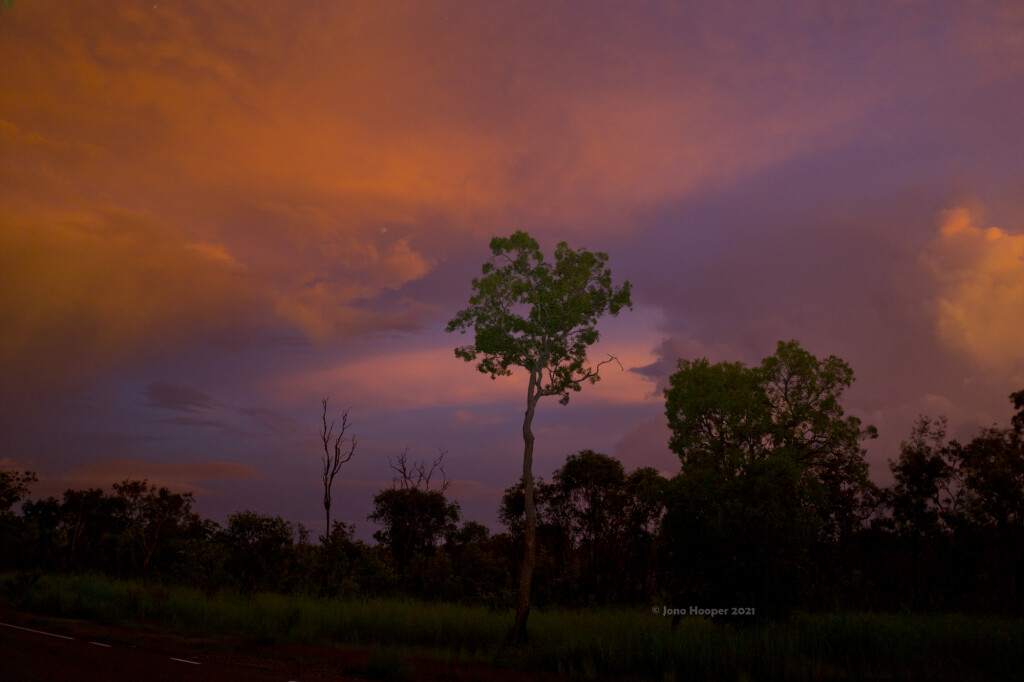 After extensive desktop searches and a tip-off from a friend, this evening’s target was a very unusual-looking frog belonging to the group of marsh frogs, the Carpenter Frog. There were many cane toads and rocketfrogs at the base of the rock, and soon enough we found several of these frogs. 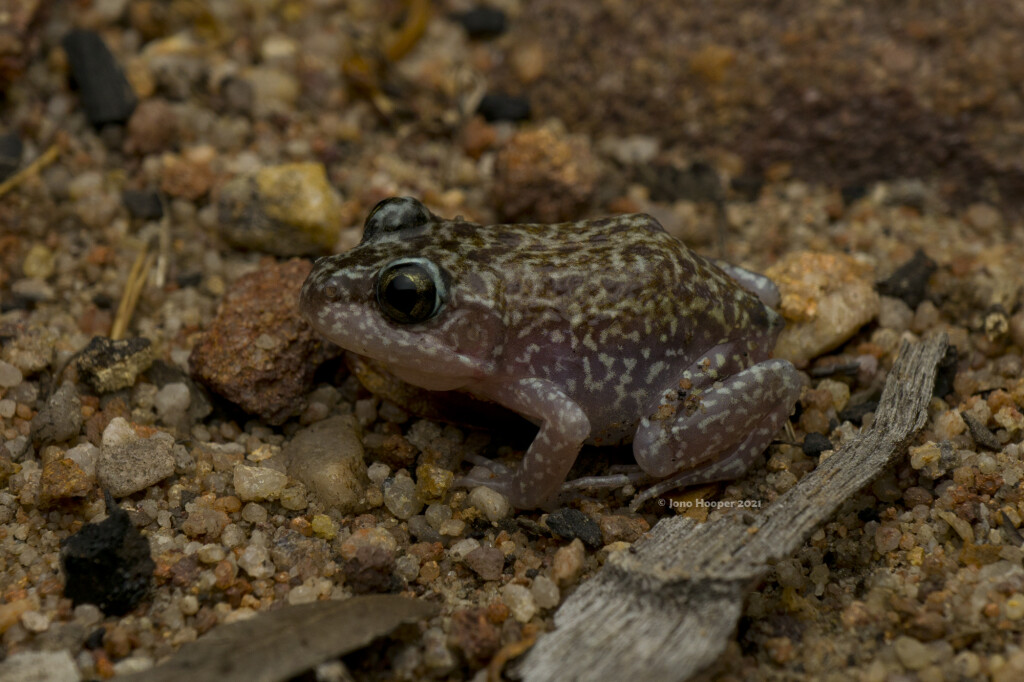 As we made our way back to the car for our accommodation, I spotted this rocketfrog which was also new for me. 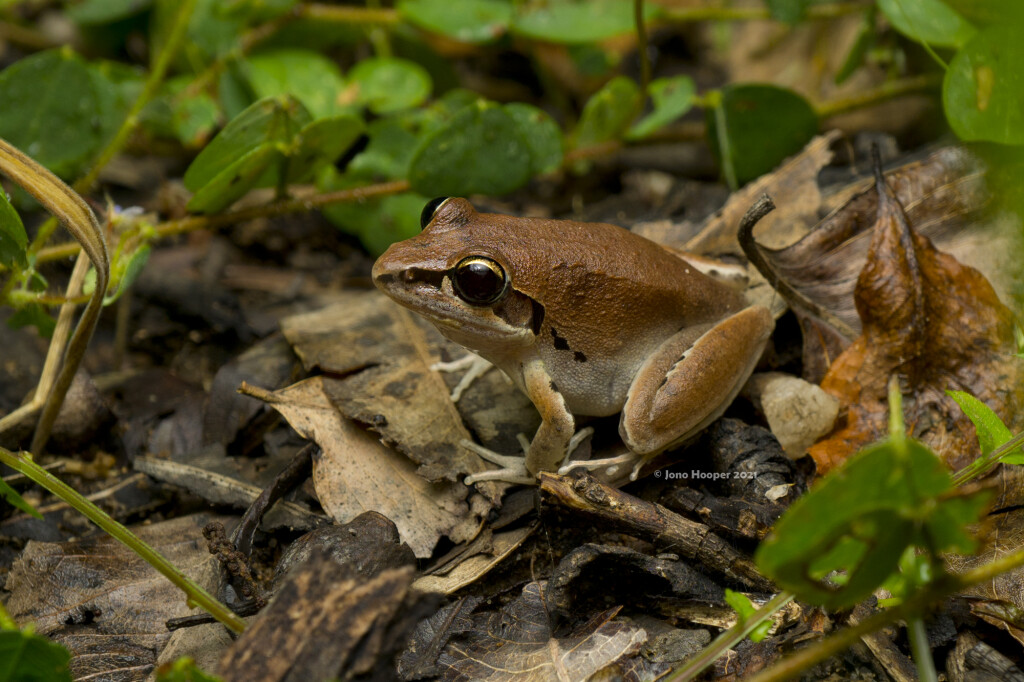 This leg of the trip was undoubtedly a favourite and I cannot wait to return to Kakadu in the future.