Iron Range National Park had long been on both frogger’s list of destinations to visit. It was difficult to know just what to expect there, given tales told of the difficulty at times in accessing such a remote location, only 240kms from the northern tip of Australia. This would be the furthermost north the two had been, and was also the most northern destination of their trip.

After purchasing some rather expensive fuel and unsettling more dust along the high and dry dirt roads, it was about midday when the froggers arrived at their destination. On their way they were stopped in their tracks by a lone Southern Cassowary wandering across the road. 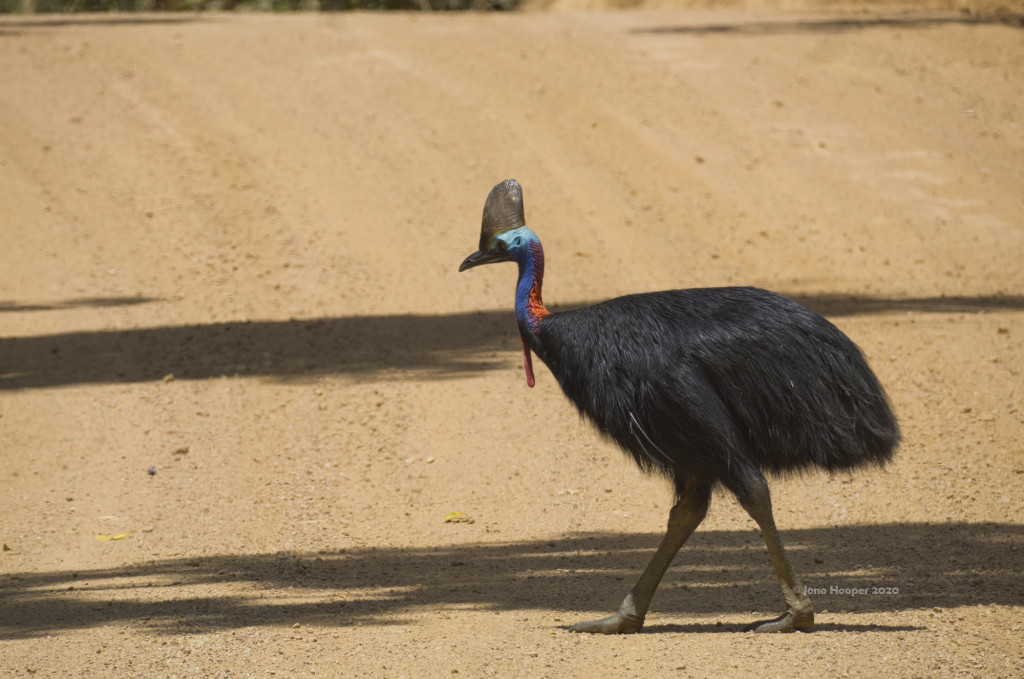 Having set up camp and briefly resting, the two made their way to much-anticipated boulder fields also present in Iron Range, where several endemic Cophixalus sp. were recently found. It was going to be a decent hike into the bush and climb up the boulders to the right elevation, and it wasn’t without high humidity and many green ant bites, which thankfully, did not sting. A recent, powerful cyclone had torn through the landscape which only further hindered their journey under, over and around fallen trees and thickets of regenerating vegetation. The limited success they had at other boulder fields so far was also playing on their mind. ‘Was it worth the time and energy clambering up the boulders?’. ‘Would the frogs emerge given how dry it had been?’. But how would they know without trying? So on-wards they climbed, until they had used all available daylight. Knowing the ground beneath them was unstable at places and aware of the sheer drop below, it was to make for some cautious frogging.

Ben located a rarely-sighted Iron Range Ring-tailed Gecko during the descent, and the two thoroughly spotlighted all crevices and underground chasms for their target species, the Kutini Boulder-frog (Cophixalus kulakula). To their dismay, they reached the bottom of the boulders without having sighted the frog. Thankfully though, from this point on, the ground became far more solid and a different route through the landscape proved far easier than the one they had entered in on. Fatigued and downcast, they refueled on salty and sweet treats at the vehicle, before heading back towards camp where they would find the first (and turned out only) new frogs species of Iron Range. 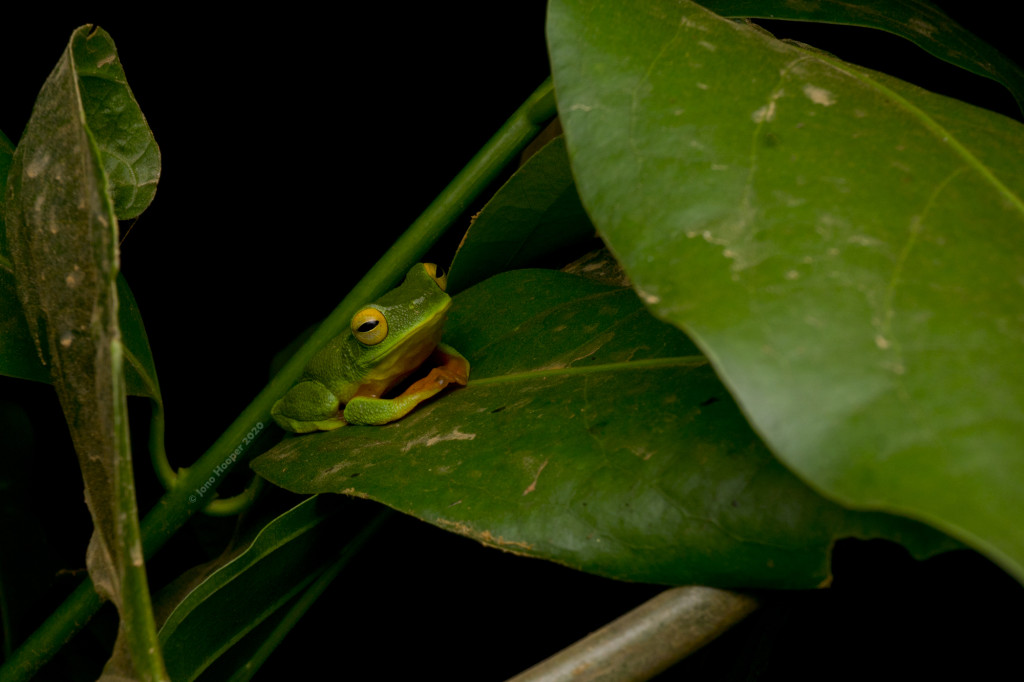 Cape York Graceful Treefrog (Litoria bella), recently described from the region. This was the only new frog species from Iron Range of the trip. 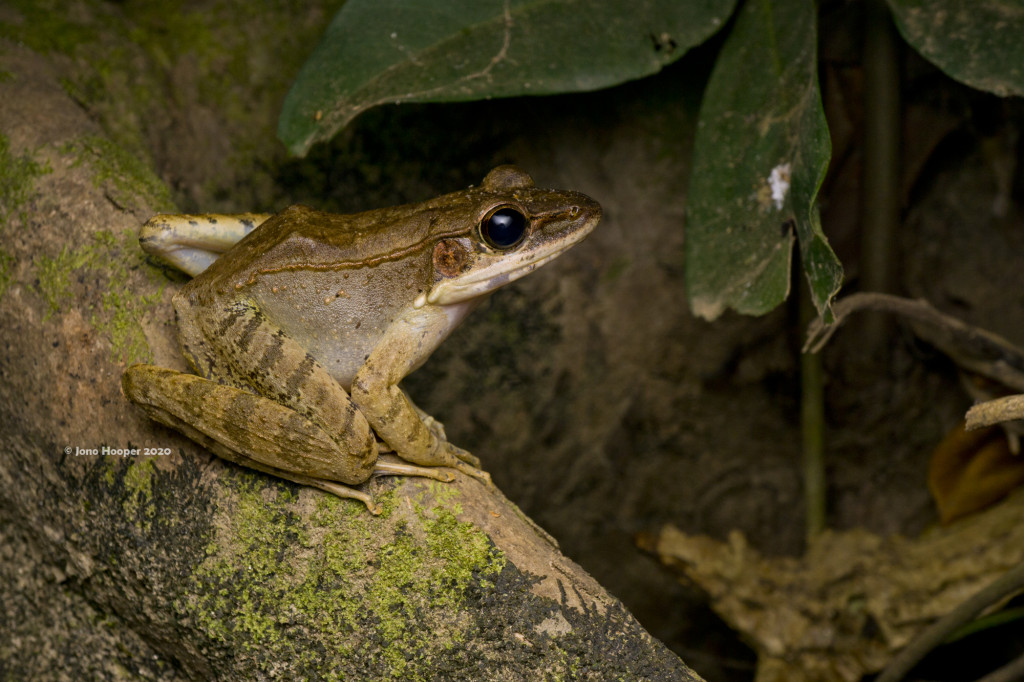 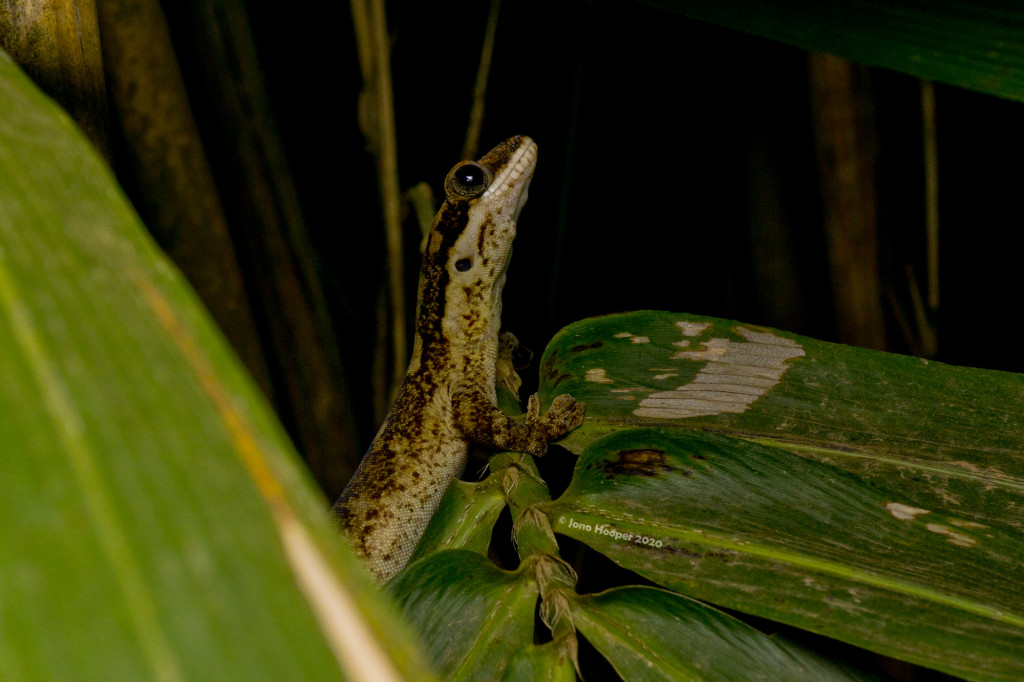 After an aborted hike to another spot within the boulder fields on the second evening, the two tried one more attempt at locating the target frog, heading off to another location at around 12am. The vegetation and terrain appeared more forgiving on Google Maps, but as they climbed to the lower boulders, all sorts of vegetation began hindering their efforts (including the infamous stinging trees and lawyer vine). Had there only been some rainfall prior to their climb, they most certainly would have found a Kutini Boulder-frog, as others did in the week/s shortly after. But it wasn’t to be.

On a more positive note, Jono found a Green Tree Python much closer to camp, over which Ben was delighted (given this was a long sought-after target of his). Other cool finds included several snakes and the Cuscus, which is only found in the northern Cape York region of Australia, as well as Papua New Guinea. 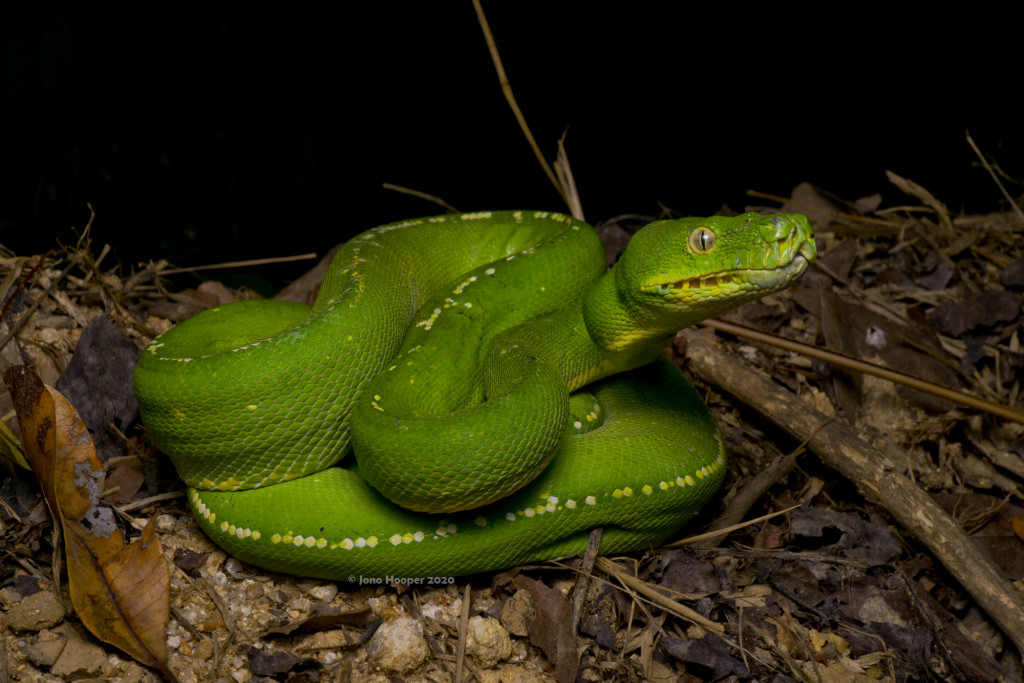 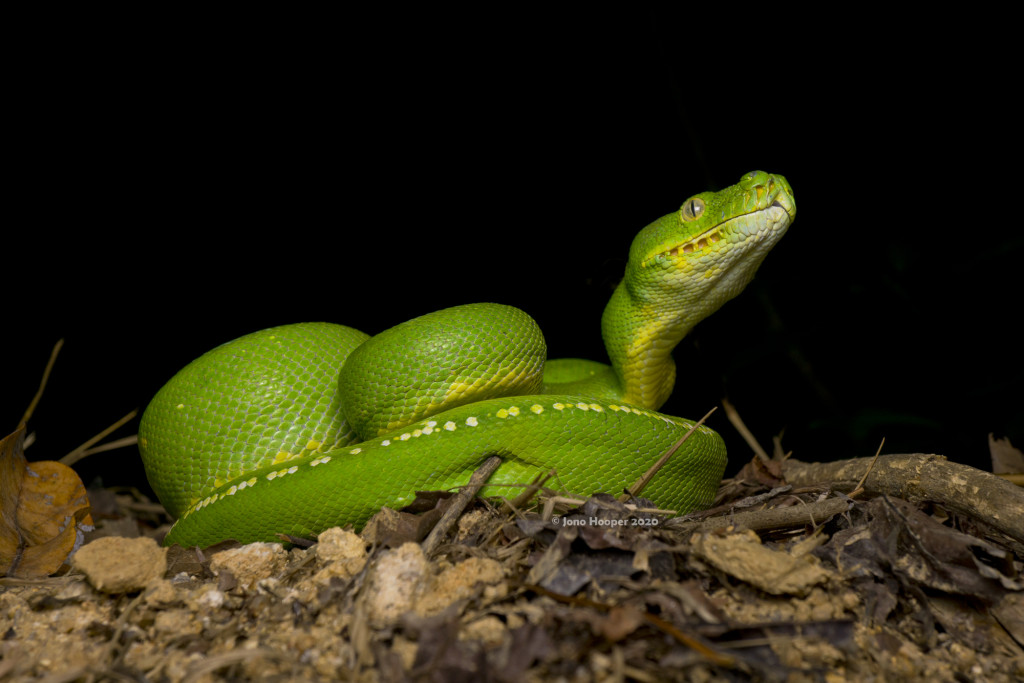 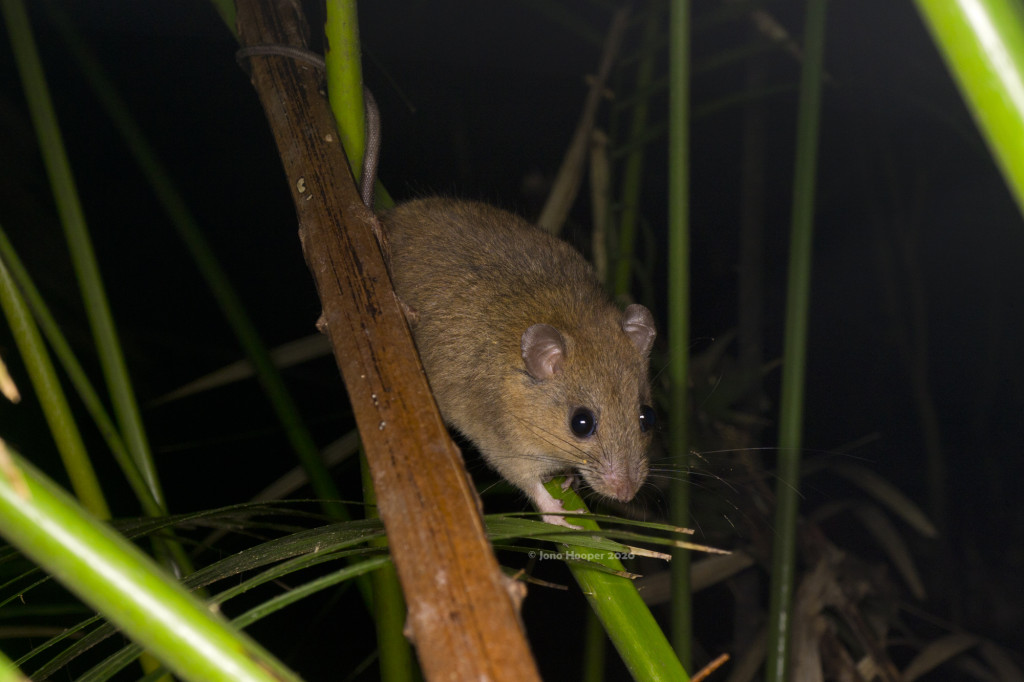 During their time at Iron Range, the two would meet a very friendly and knowledgeable park Ranger, who will be called Steve. Steve provided many valuable insights into Iron Range and his experiences as a Ranger. He had a great appreciation of the parks he manages and an understanding of the natural values of national parks. He was also very accommodating, providing the two with their only air-conditioned accommodation of the whole trip, upon their 4am return from their last attempt at finding the endemic boulder frog.