Frogging 2018: The highlights and memories

As the final hours of 2018 draw to a close, looking back on the year brings many good memories of frogging highlights and time spent with friends, but also sadness and loss of words at the disappearance of one such friend.

The year began with a frogging trip to the Wet Tropics including locations such as Herberton, Mossman Gorge, Georgetown, Eungella, Mt Bartle Frere, Black Mountain and Cooktown, where collectively I was fortunate to find eight new species, considering the dry conditions. 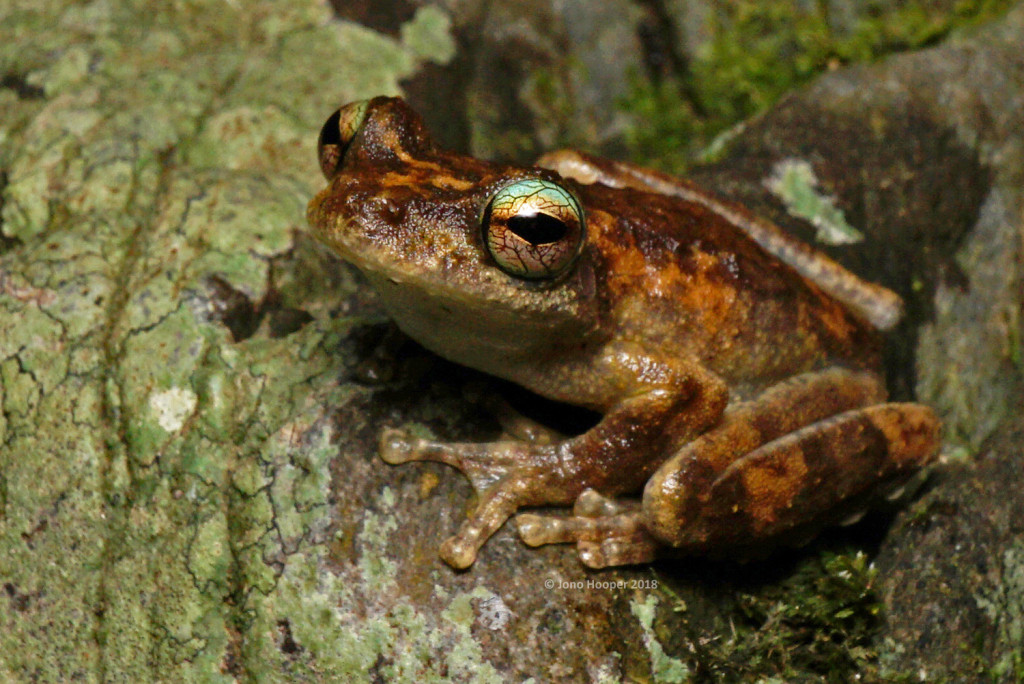 Kuranda Treefrog (Litoria myola), threatened and endemic to the Kuranda area and easily confused for the Green-eyed Treefrog. 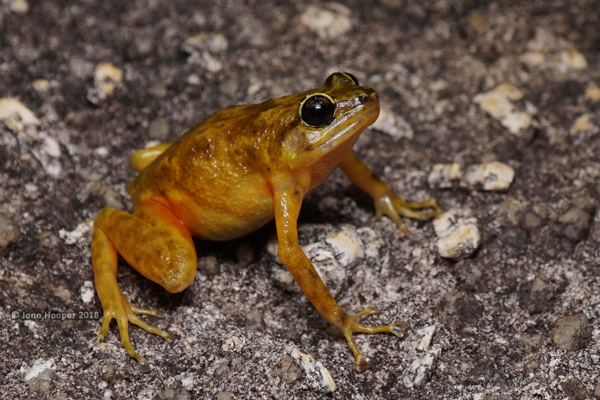 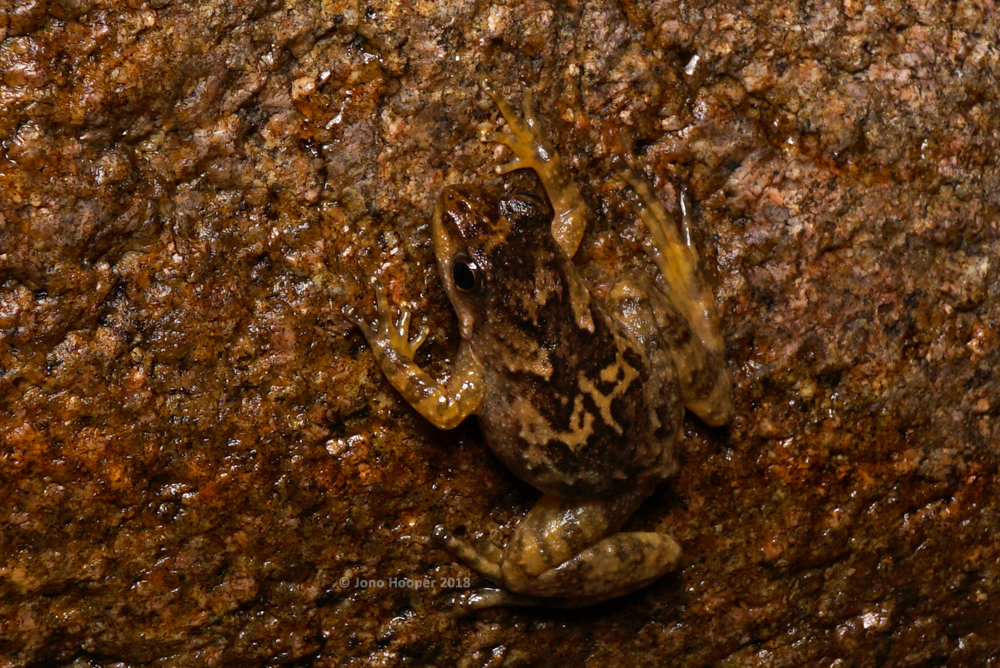 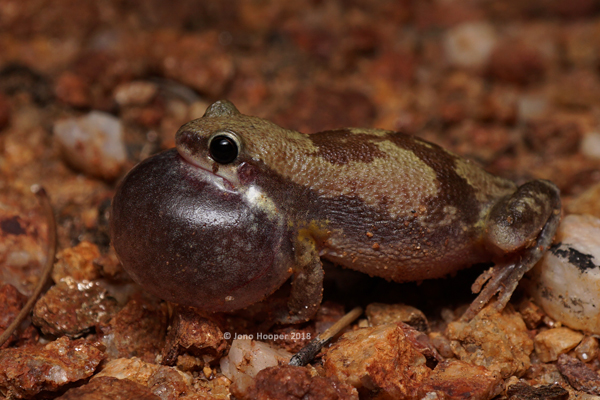 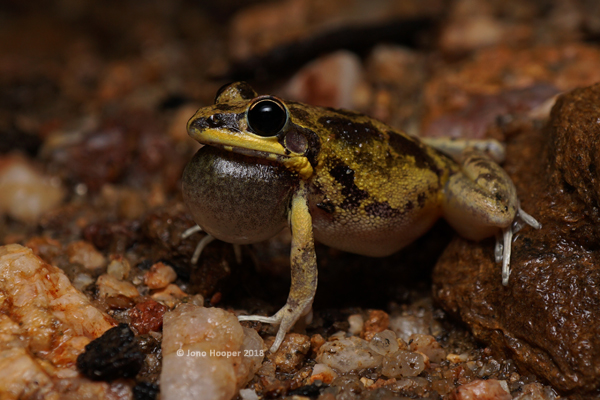 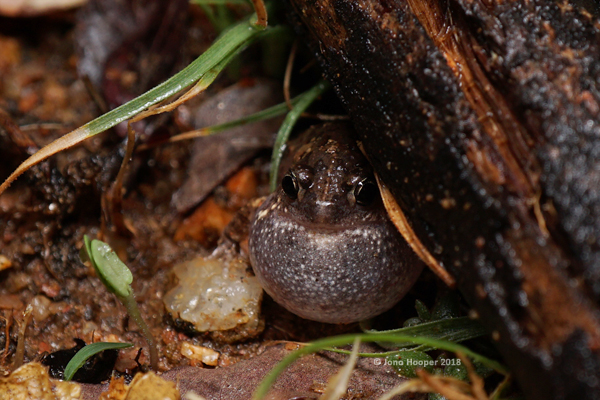 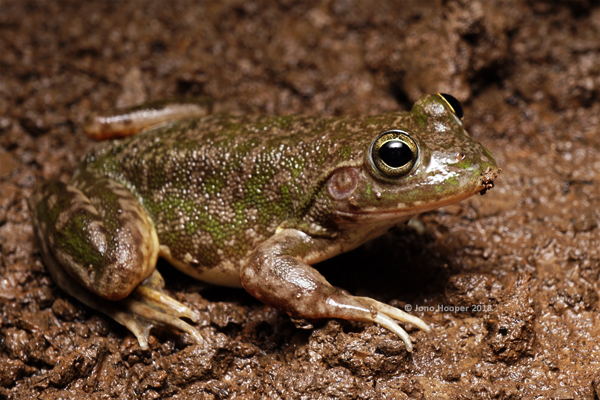 The long, steep, humid and leech-infested climb up Mt Bartle Frere with Aaron was particularly memorable, especially as we found the Neglected Nursery Frog at the top! 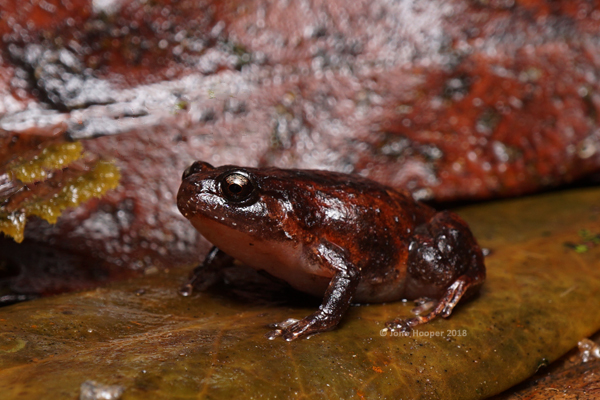 Over the following months I put together a species list of wildlife, particularly frogs, that came to inhabit or pass through our new property at Kilcoy. By the end of July, I had created a frog pond and awaited which species would first call it home.

Before long, October rolled around, and I packed my bags for South-west Western Australia where I would again catch up with Aaron to embark on a well-researched and prepared frogging trip. We had several priority target species in mind and found all but one of these. The trip netted me 15 new species, adding to the seven I found in Perth the year before. The highlights included the Sunset Frog at Walpole, the Northern Sandhill Frog at Shark Bay and the Turtle Frog in Perth. We racked up about 4,000 kms during this trip and shared some great experiences together. 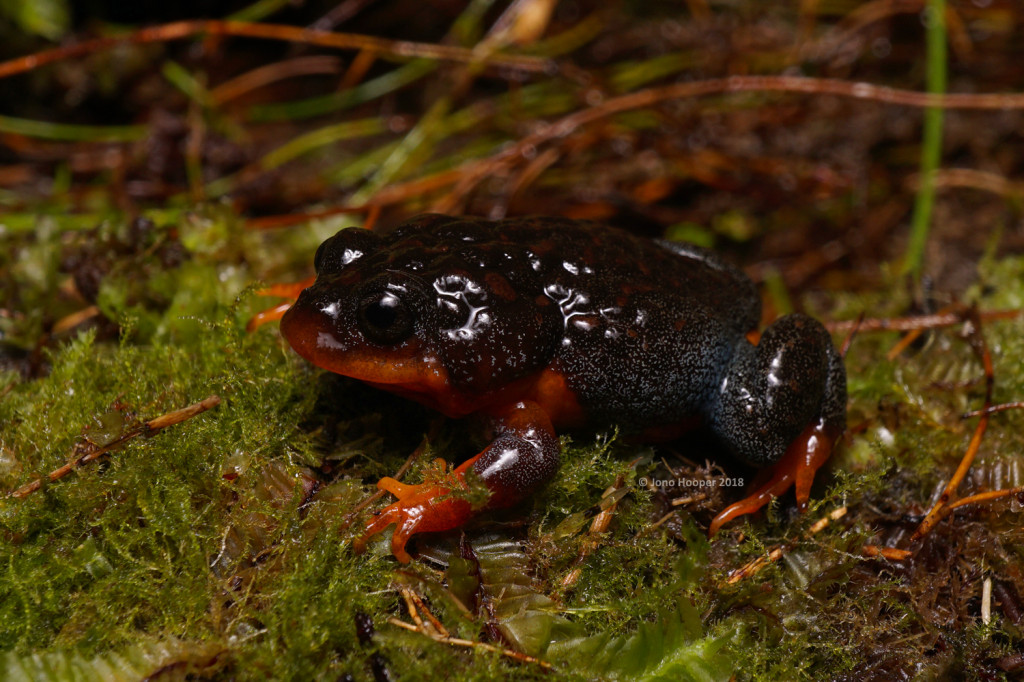 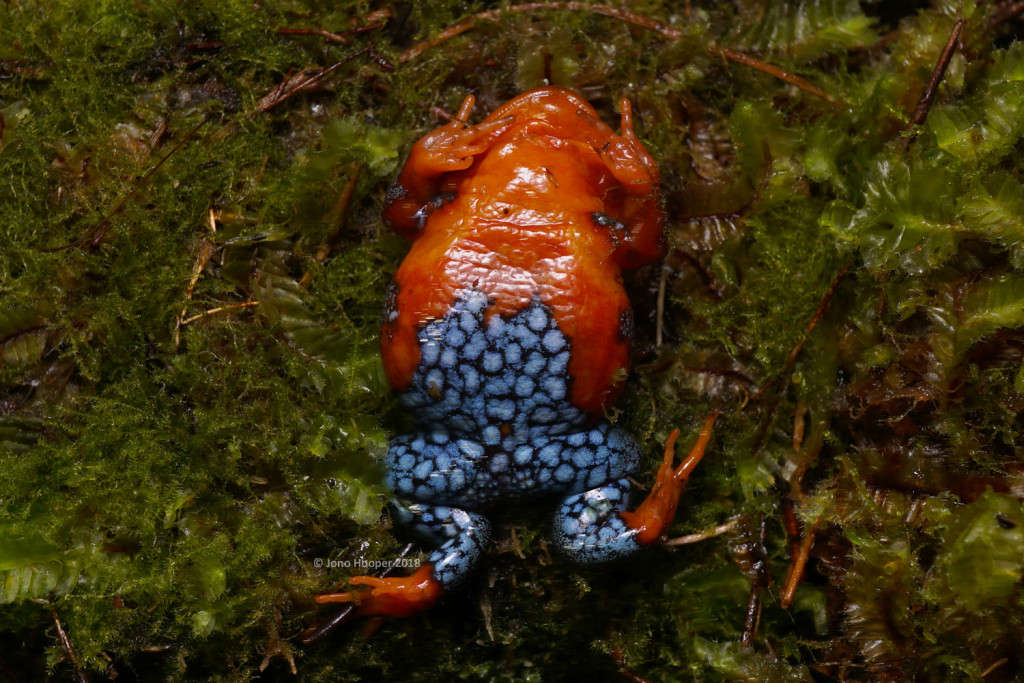 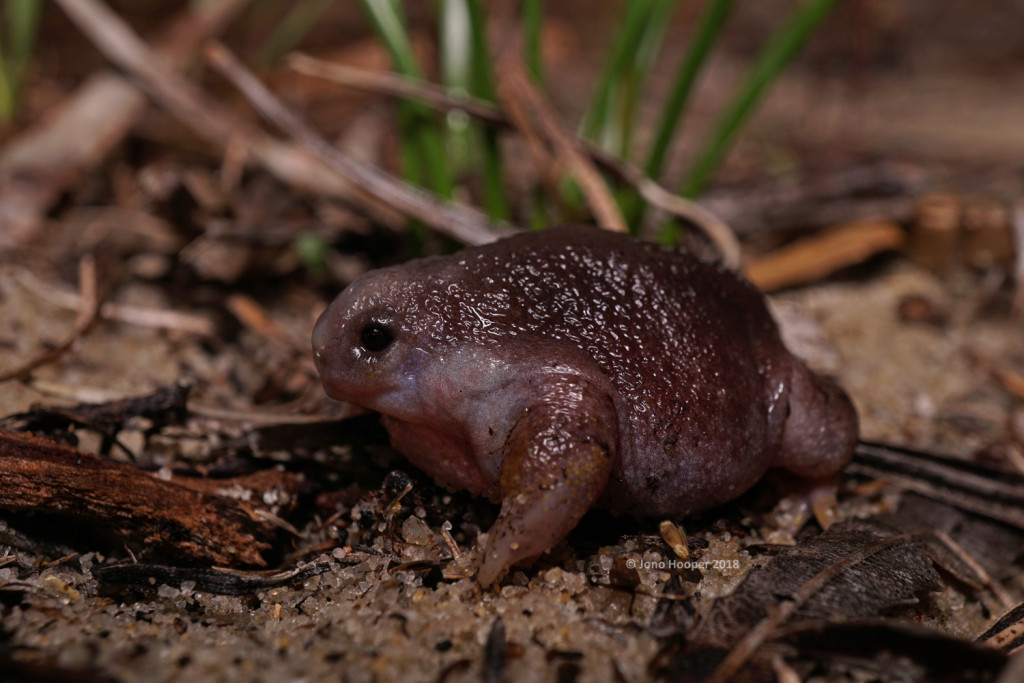 About a week after returning home, I was devasted in learning that Aaron had reported missing in the vicinity of the Royal National Park, an area he has spent much time in and lived close to. I know I shared and still share the grief and bewilderment of Aaron’s disappearance with his family and many of his close friends in the frogging, and greater herpetological community. I applause everyone who was able to join the search effort following his disappearance, whilst also treasuring the memories of the very recent adventure we had together. Whilst ‘politically-correct’ is never a word anyone would use to describe him, Aaron was very generous with his time and had a tremendous knowledge of Australia’s frog species, their tadpoles and population status. I hope and pray he is found soon. 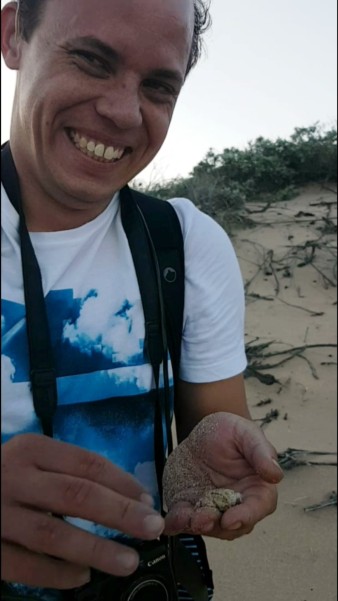 November had now arrived, and I was looking forward to a long-awaited and planned frogging trip with Ben and Ollie for several Mountain Frog (Philoria) species found in northern NSW. The memories and grief of Aaron’s disappearance was still fresh, so the upcoming Philoria trip and time with Ben and Ollie was a welcome thought to occupy my mind. Thanks to Aaron and Grant, I had been graciously provided some locations for our targets, and the recent heavy October rainfall provided perfect conditions for our target species. The finds and highlights of this trip have already been well documented in previous blog posts (1/4, 2/4, 3/4, and 4/4, so I needn’t elaborate further of this trip here.

During a work trip to Sydney earlier this month, I caught up with Grant for a seemingly long-overdue catch up. Grant and Aaron have been on many frogging adventures too, and known each other for longer. It was good to reflect on the events of the past few months whilst we travelled north to the Central Coast for Mahony’s Toadlet, which was described only a few years ago. Grant is researching the different habitats of this species and so it was interesting to learn of his preliminary observations. 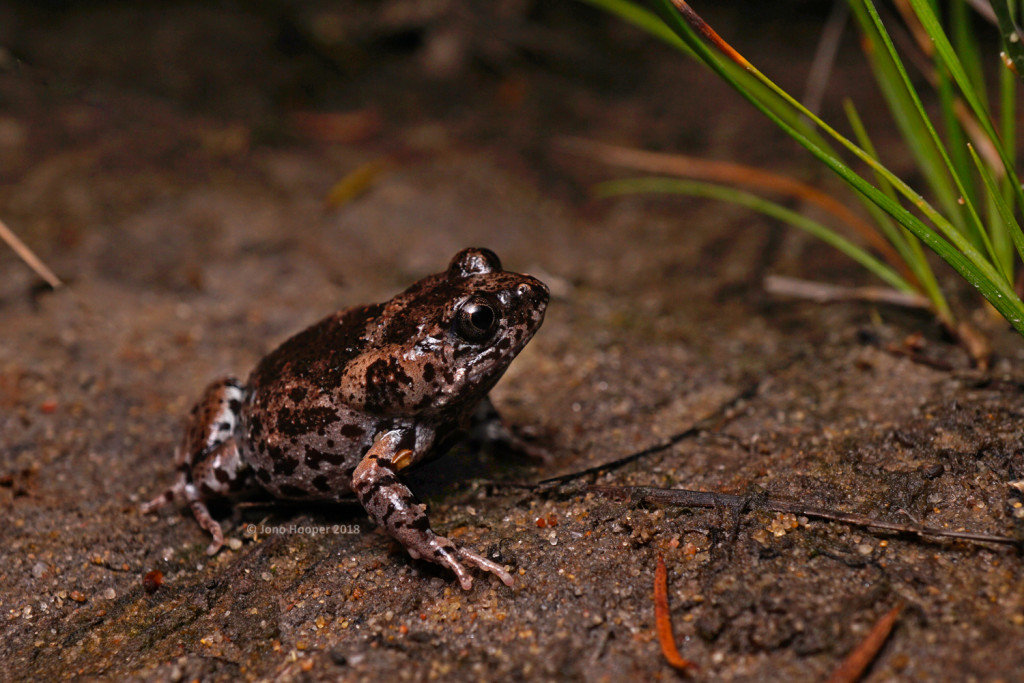 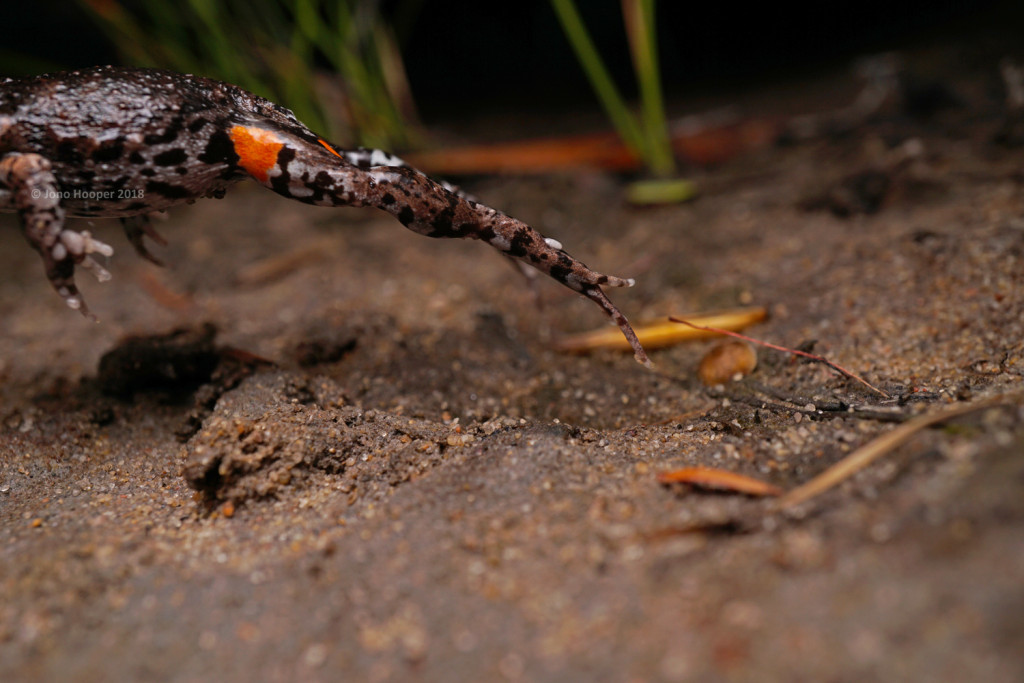 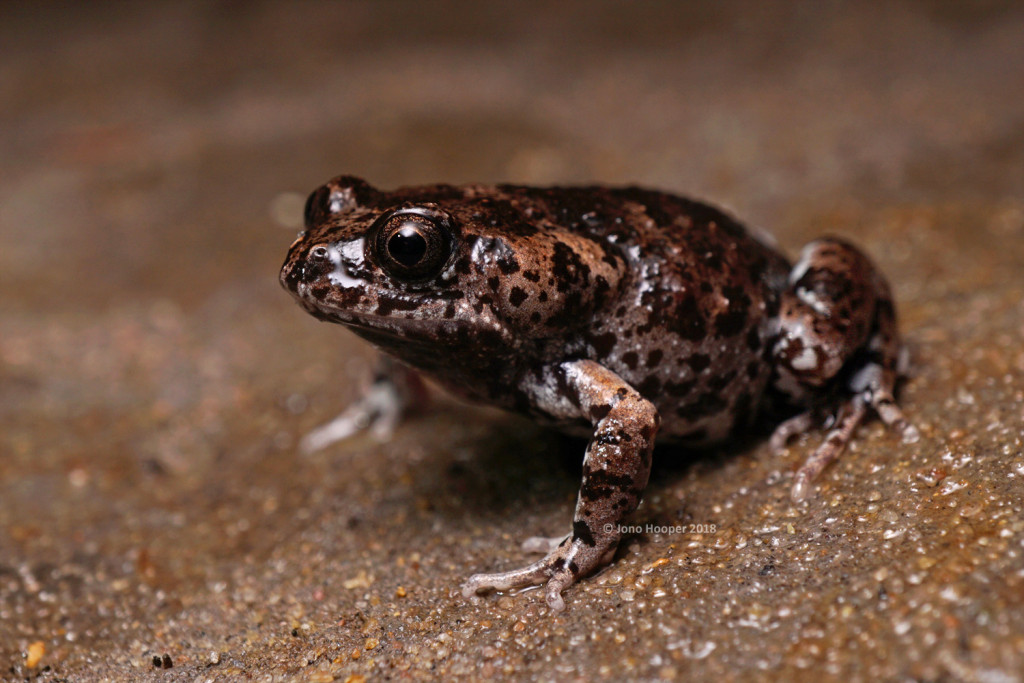 For the final frogging night of the year I headed to Dalby with my wife Bethany, as we were already staying in Toowoomba for Christmas. Heavy rainfall a week before had drenched the drought-declared region, and this afternoon produced several storms and more rain. As we drove along the road to Lake Broadwater, the rain teemed down and the desert-burrowing frogs we frequently sighted hoping across the road. The hour we had there was not enough to find the Holy-cross Frog, but Bethany saw six new species for herself. 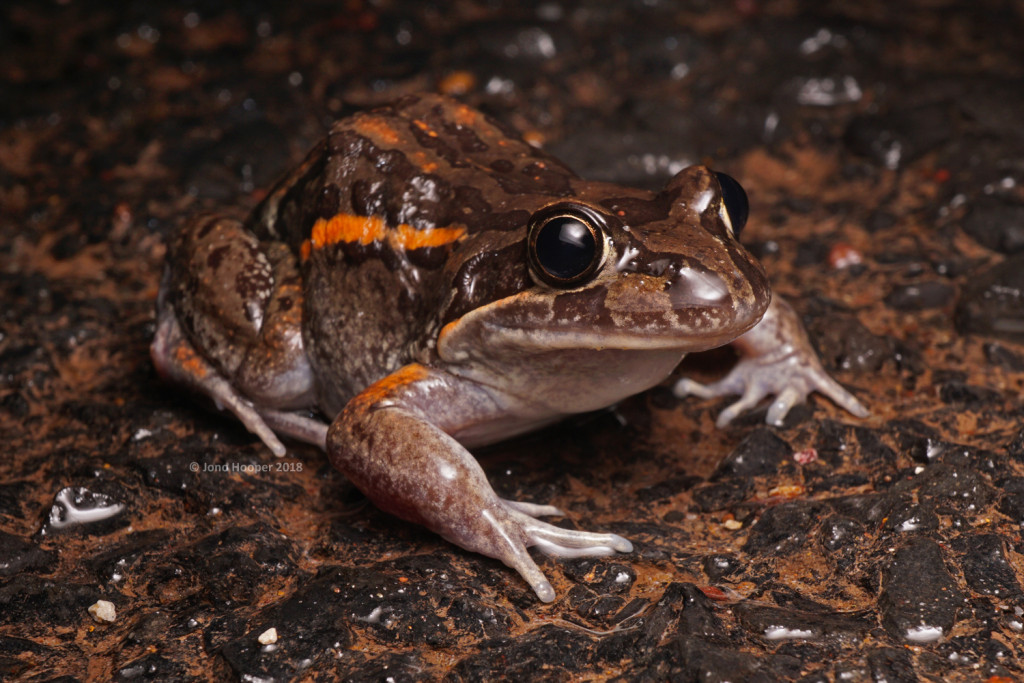 During 2018 I added 33 new frog species to my Australian frog count, leaving around 45% of species remaining. 15 of these were from Western Australia, 10 from New South Wales and eight from Queensland. Many great memories were shared with Aaron, Ben, Bethany, Callum, Grant and Ollie – thankyou. We have lost however, for the time being, a great frogger and friend in Aaron. We miss you mate.

Next year I look forward to 10 days in Tasmania with my wife, not specifically for a frogging trip, though there are three endemic species to look out for.