Washpool National Park in the Gibraltar Range was our next Philoria stop. Only a few streams here are home to the endemic Pugh’s Mountain Frog (Philoria pughi). This species calls from muddy bogs and soaks immediately beside rainforest streams, and so this was where we targeted in the afternoon. A tip-off for this species saved us an otherwise unacceptable amount of time, and soon we were carefully walking up a stream. We’d stop along the way to listen, and at one point we heard one frog make the characteristic Philoria call.

After narrowing in on his location, we lifted up a small branch to find this stunning (female) frog instead! 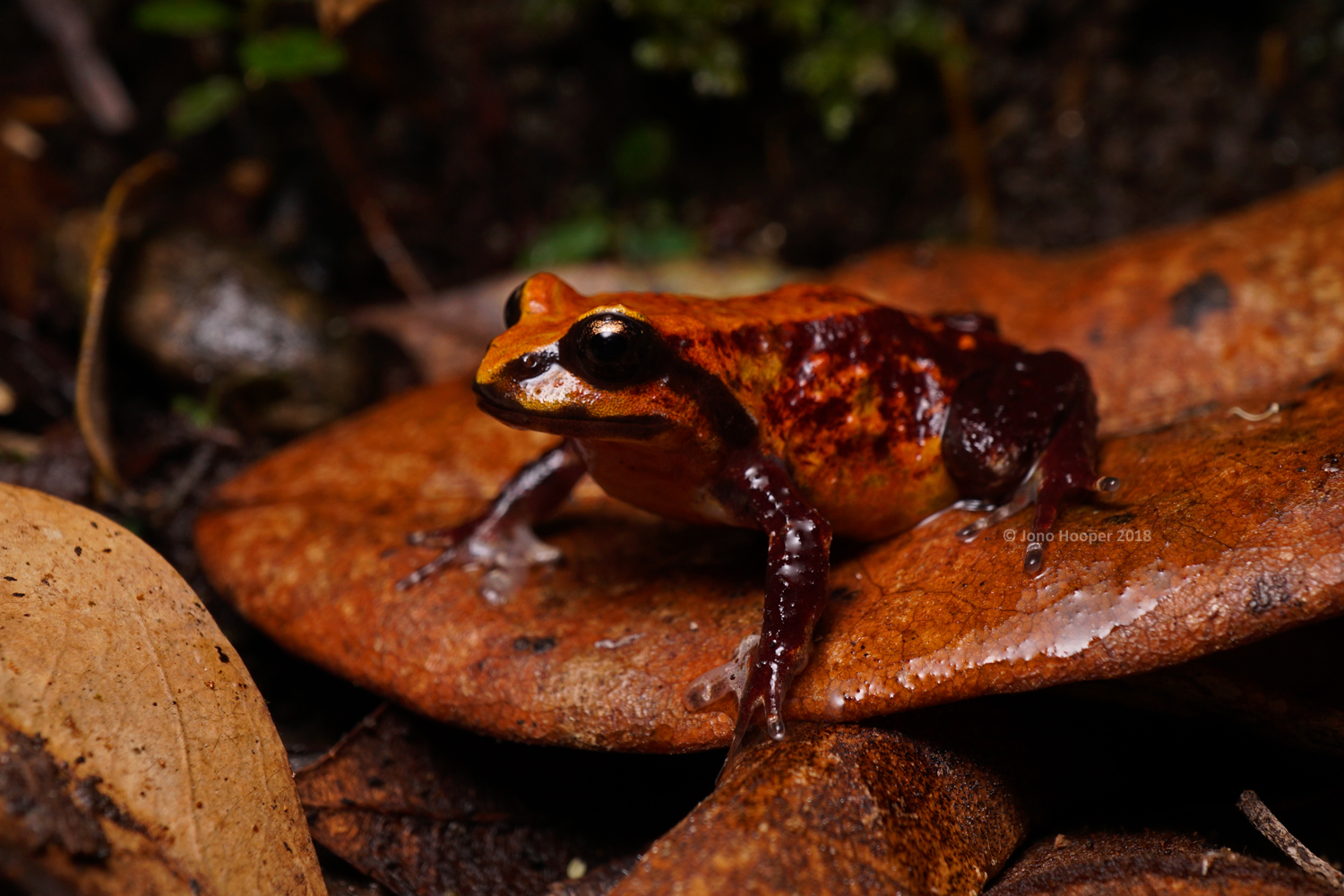 Pugh’s Mountain Frog (Philora pughi), female. Note the flap on her finger (flat finger inside of hand in focus), used for beating the foam around the eggs. 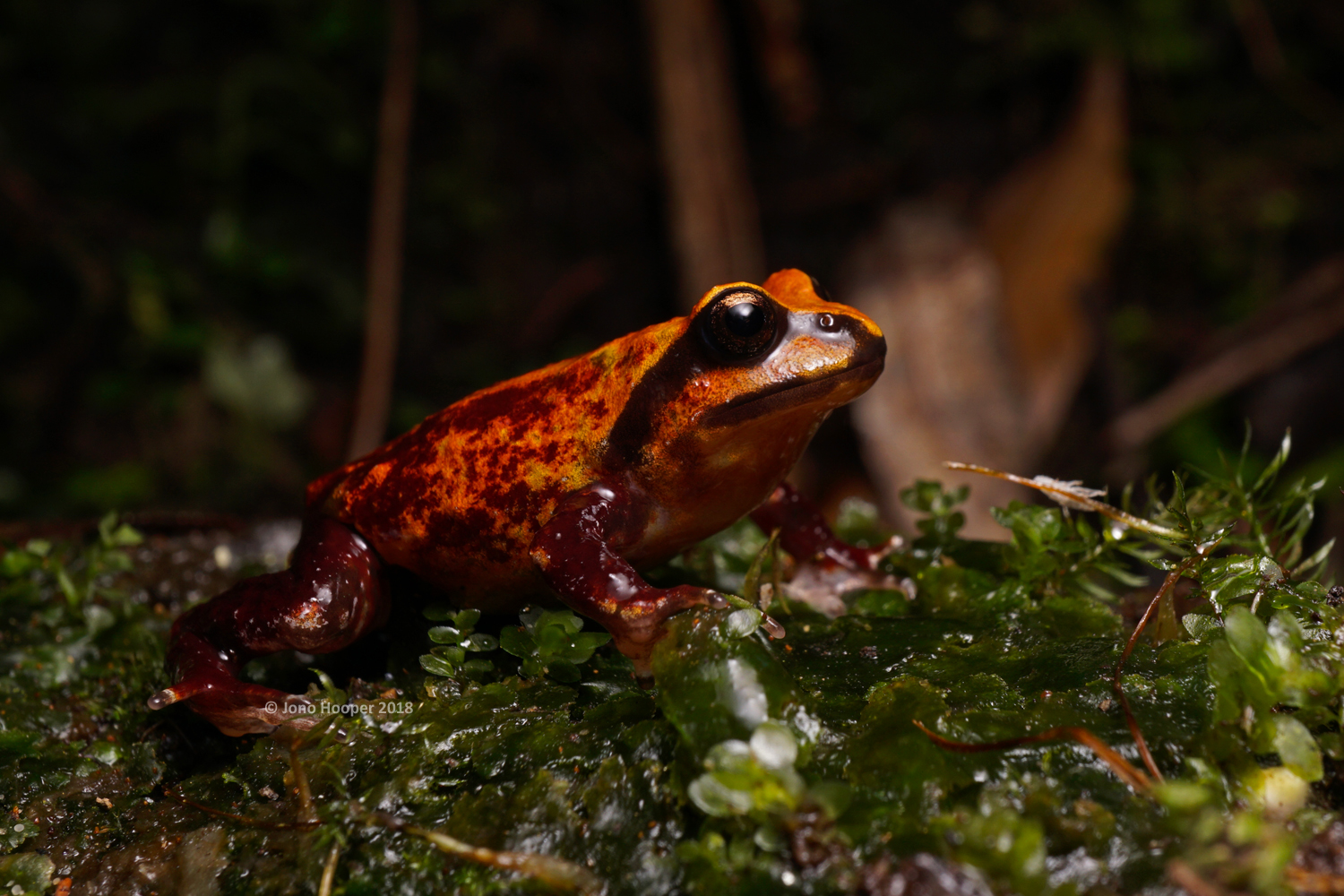 Pugh’s Mountain Frog (Philora pughi). This species was named in recognition of Dailan Pugh, who actively sought for the protection and conservation of NSW’s northern rainforests.

Now coming to terms with such an incredibly looking frog, particularly for a Philoria, and that this was now our third of four Philoria frogs found on the trip, we headed back to camp for a well-earned break, dinner and obligatory bag of chocolate Freddo frogs! It had been a very warm day, even down in the bottom of the national park amongst the rainforest. The evening did begin to cool though, and we headed to Coombadjha Creek for the Stuttering Frogs and Barrington Tops Treefrog (Litoria barringtonensis). 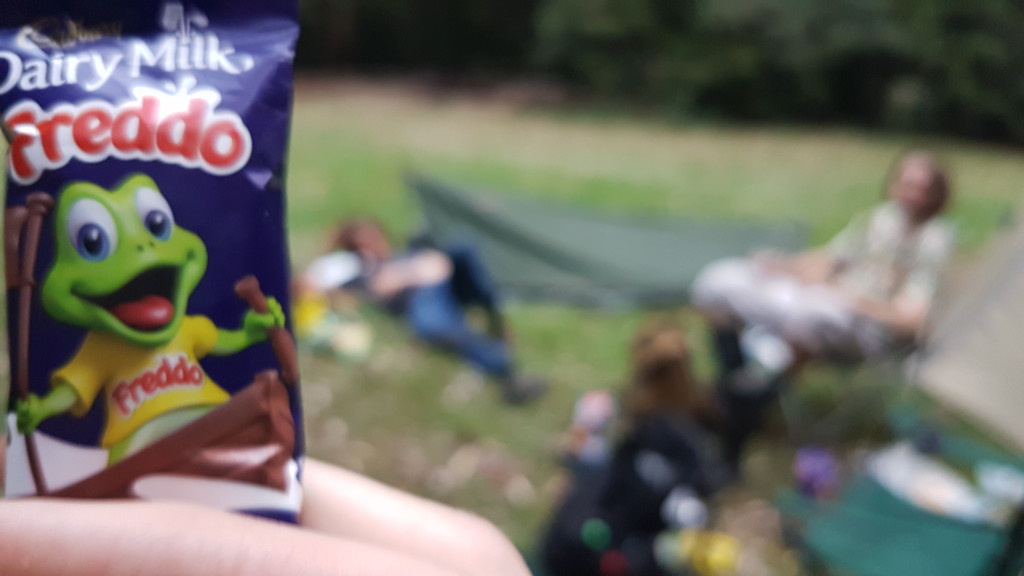 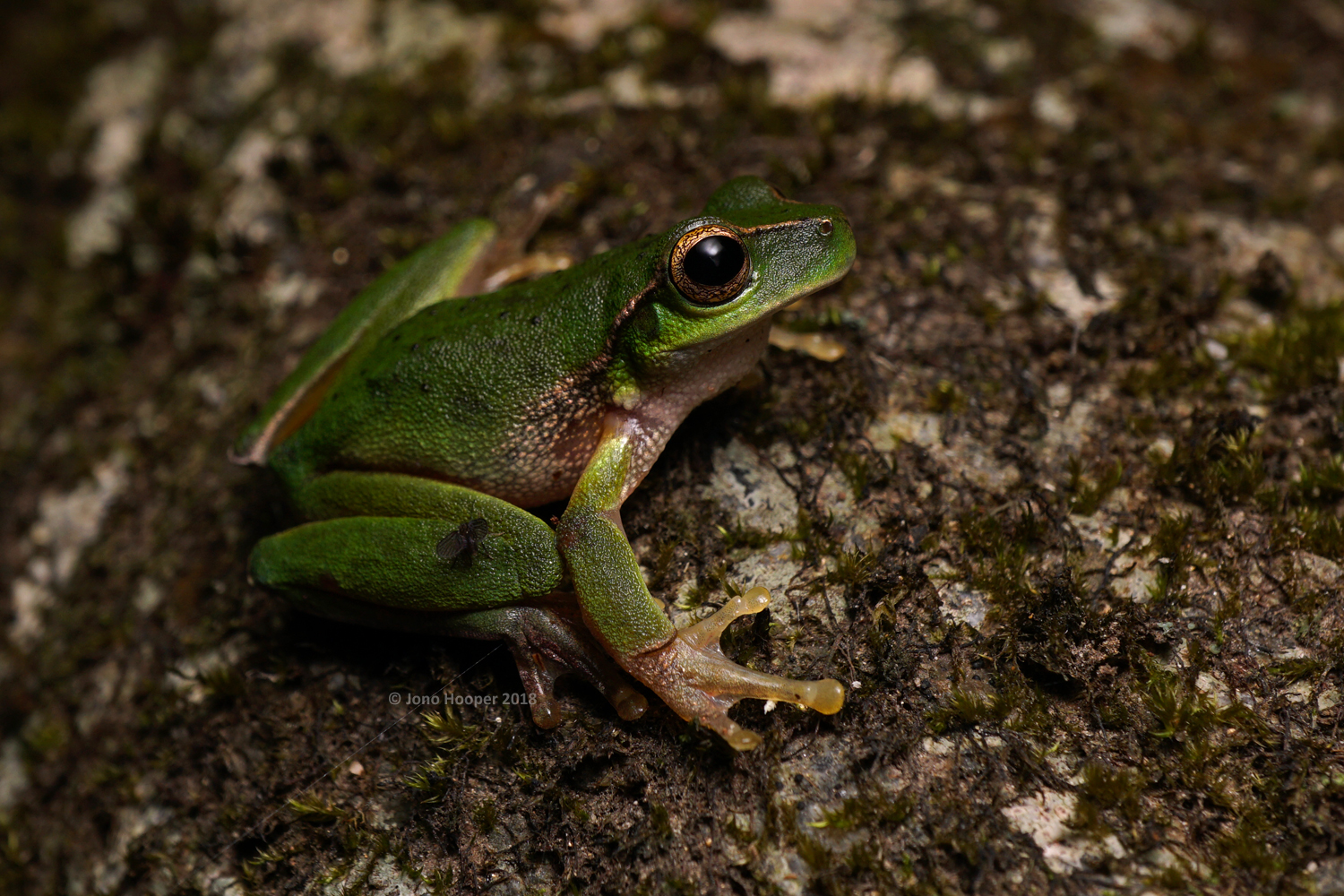 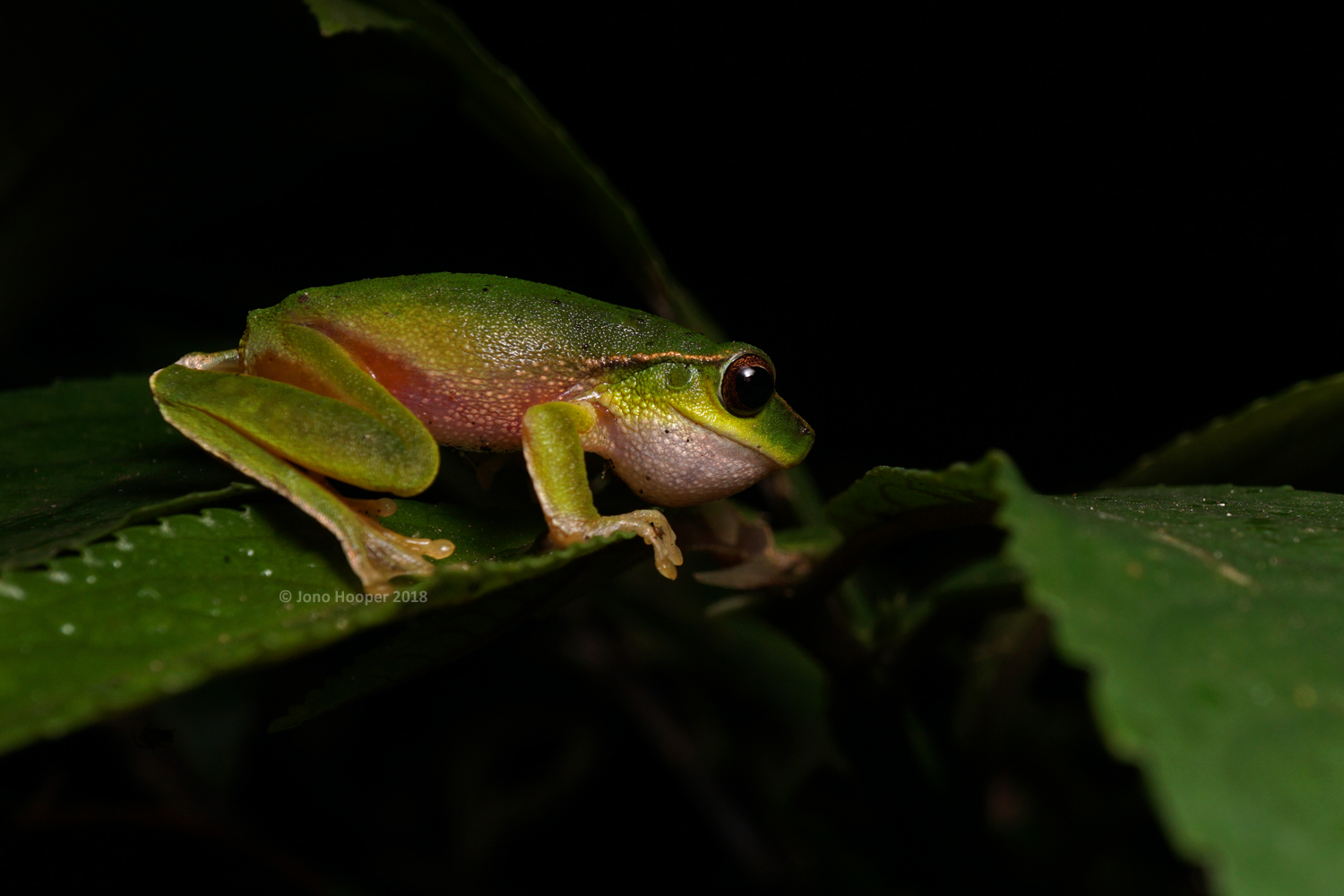 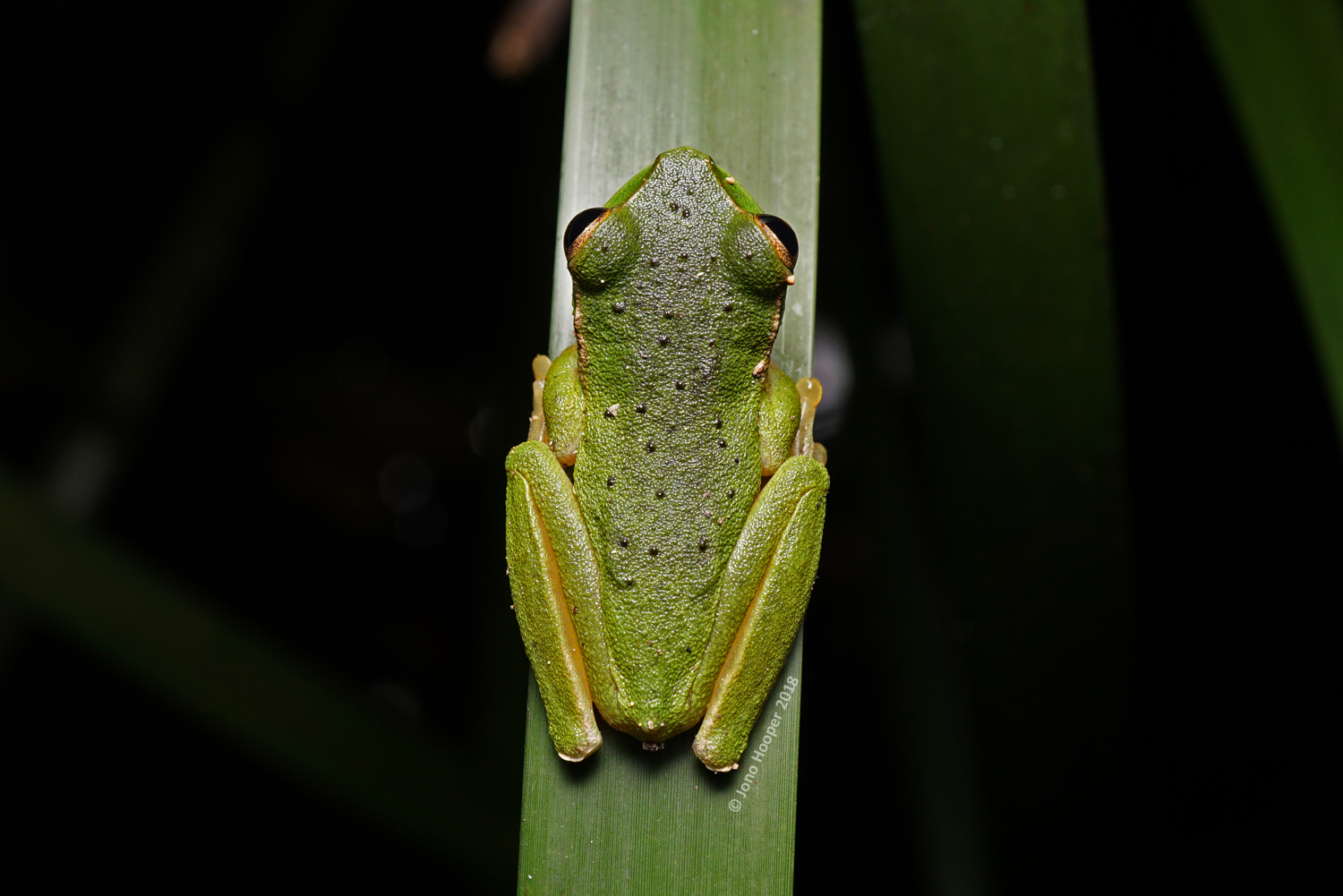 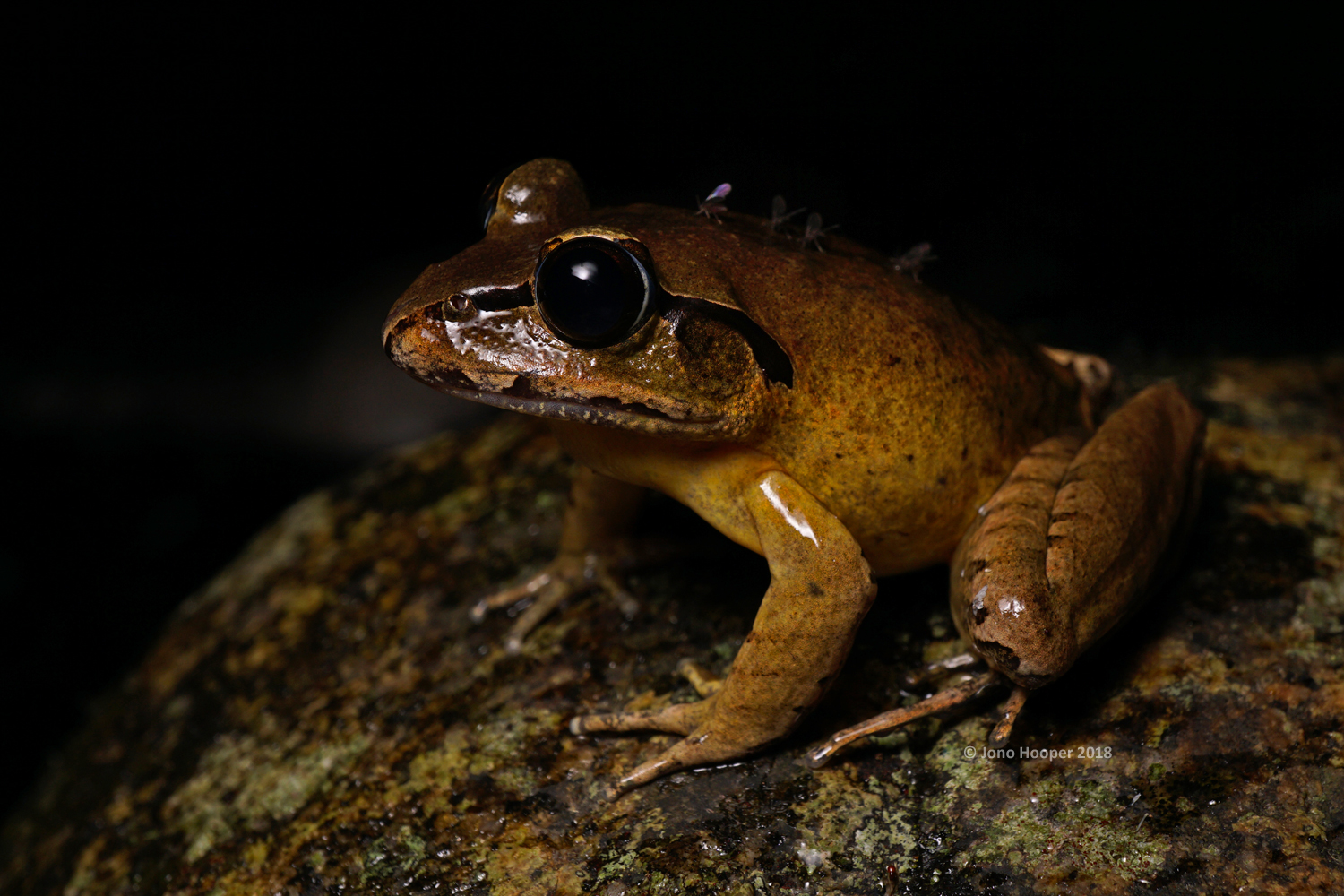 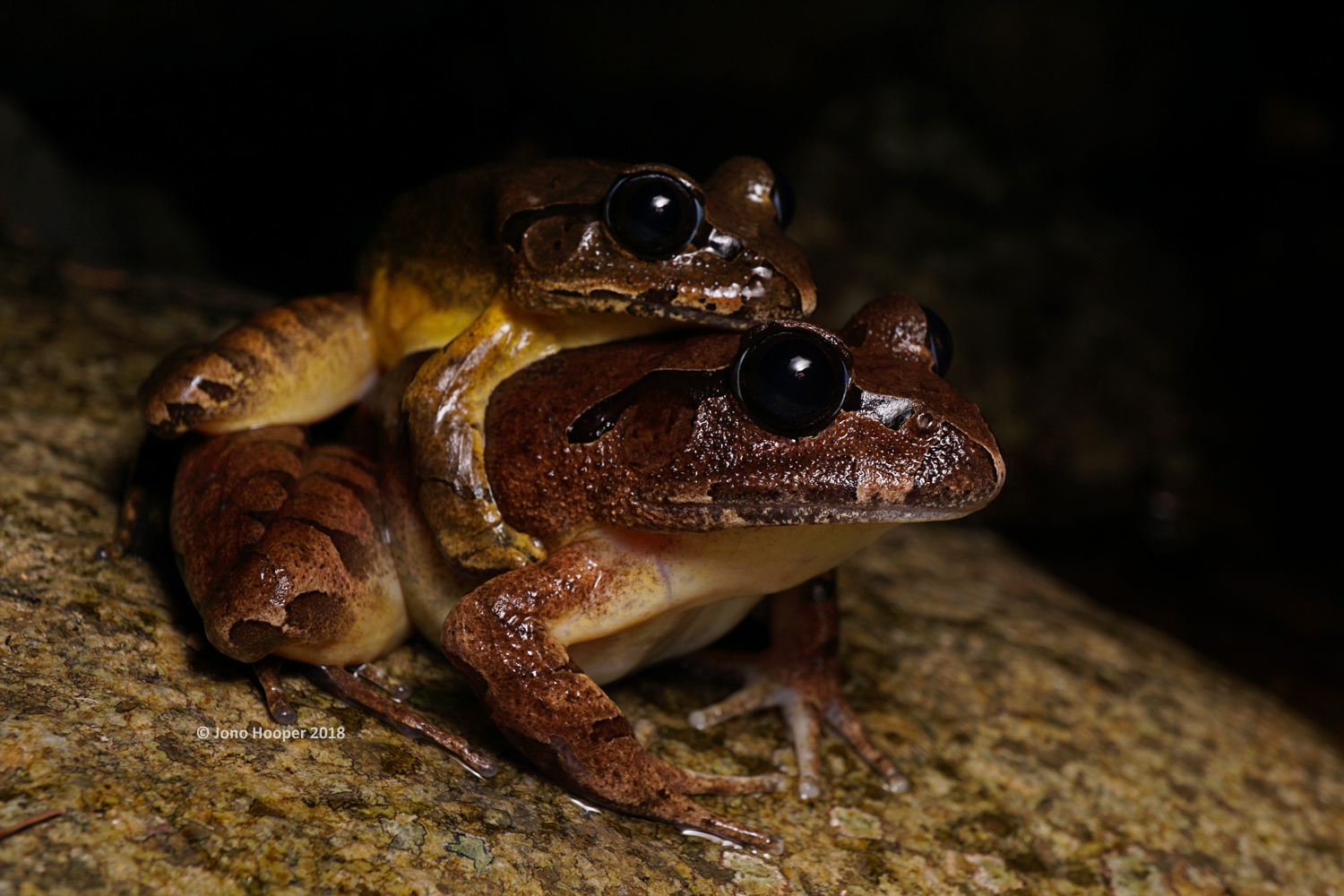 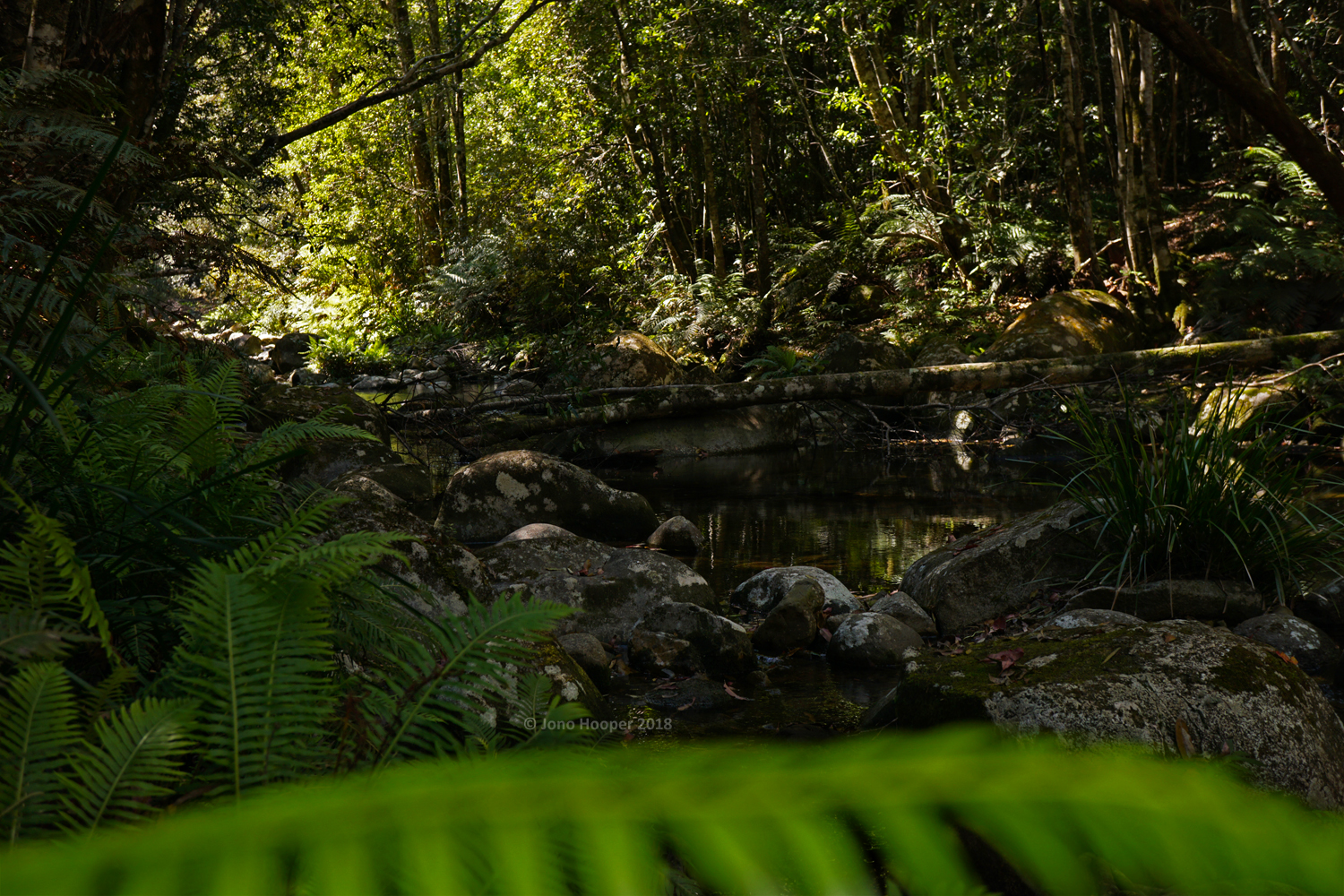 Coombadjha Creek during the afternoon.

As the photos suggest, the creek was alive with frog activity, including many choruses and many, many frogs. We eventually managed to pull ourselves away from this spot for some reptile road cruising. We found a Granite Belt Leaf-tail Gecko and a Barn Owl along the road otherwise strangely devoid of reptiles given the conditions. 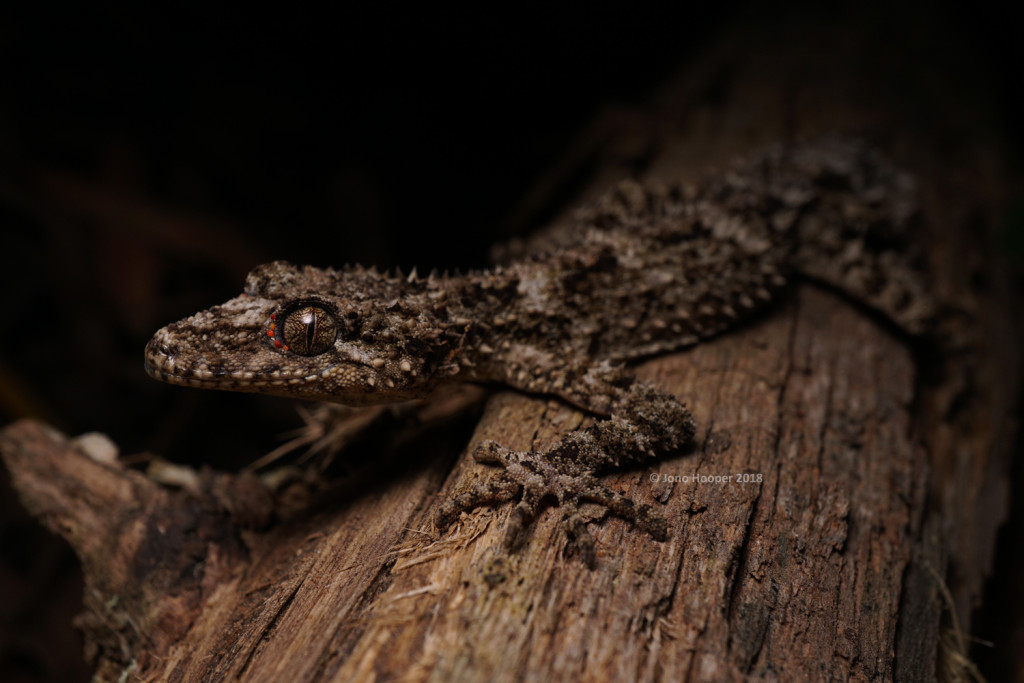 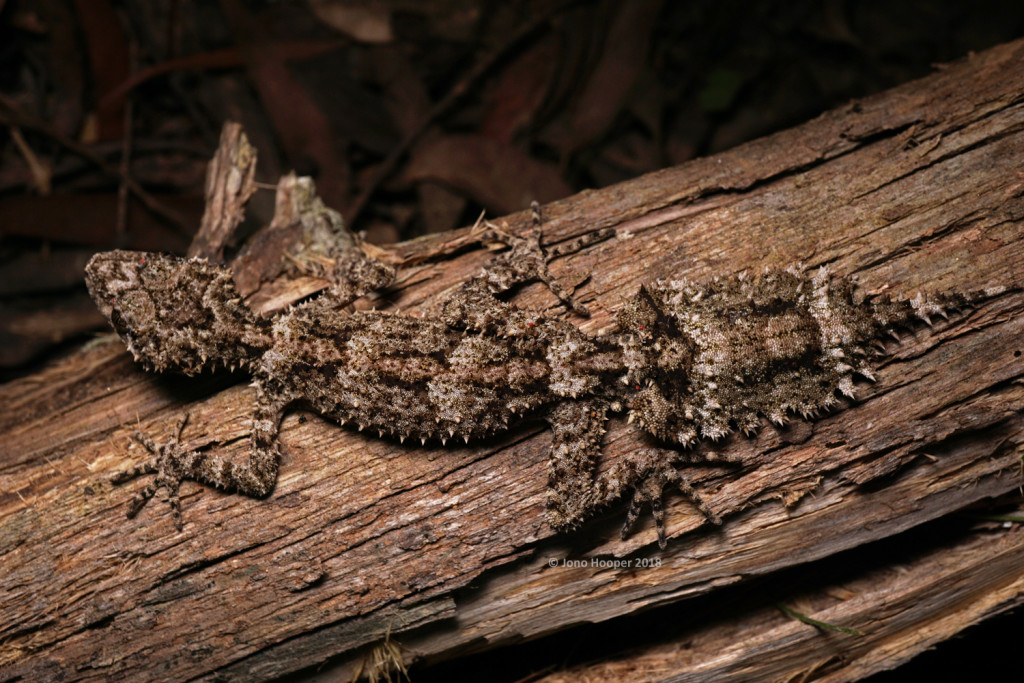 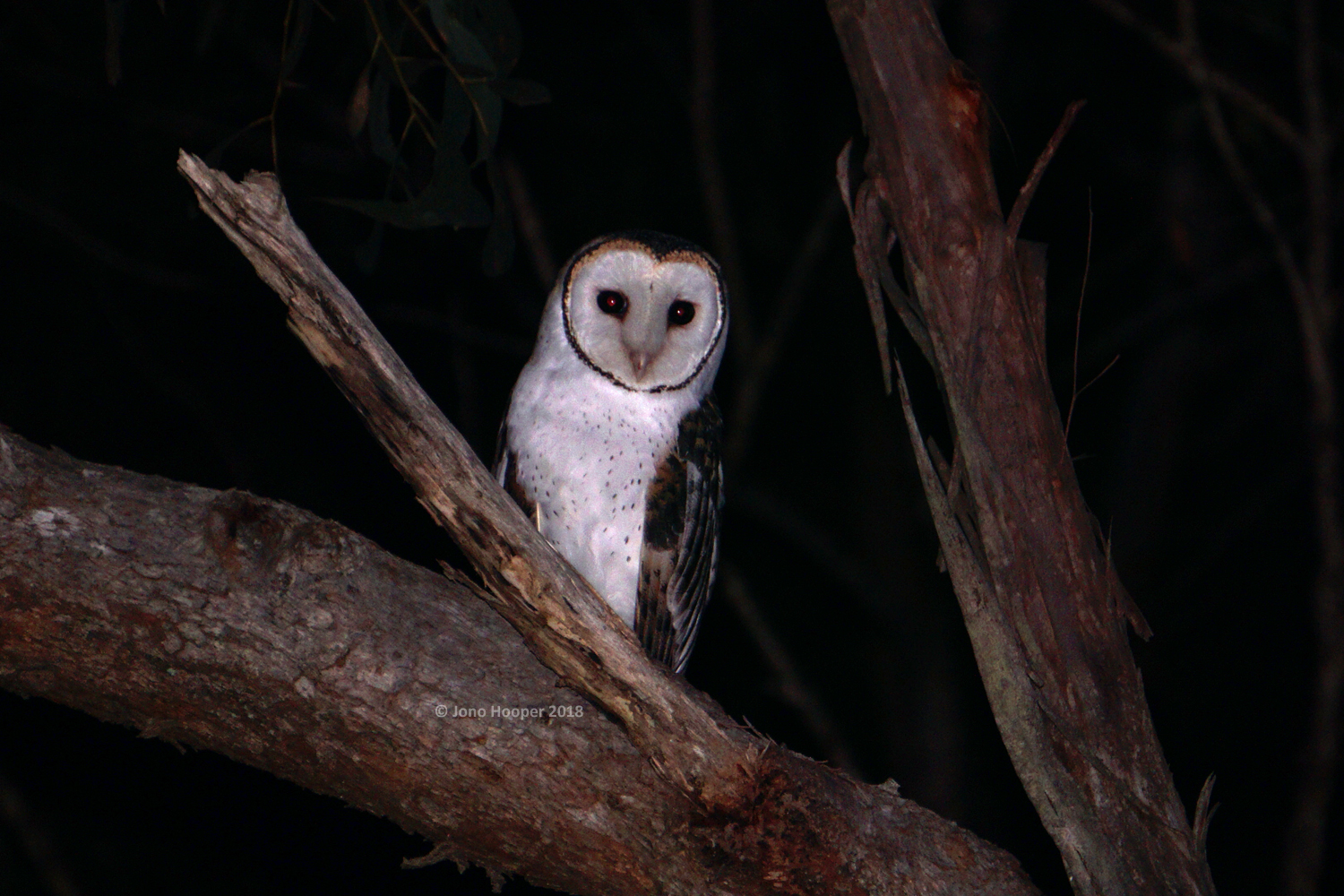 On return to camp and as we were about to go to bed, Ollie spotted bioluminescent fungi nearby. I was keen for these this trip, and we all set up our cameras which looked like a mini photo studio around the perimeter of the fungi. Patience was a must as we each took turns (or timed our shutter finger really well) photographing with a long exposure. 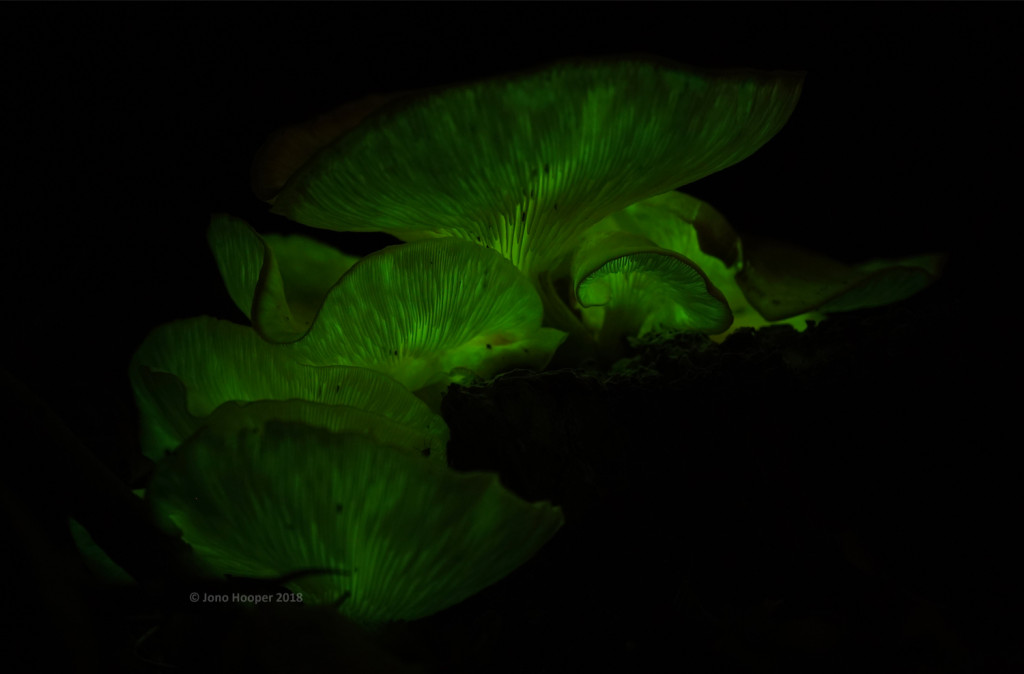 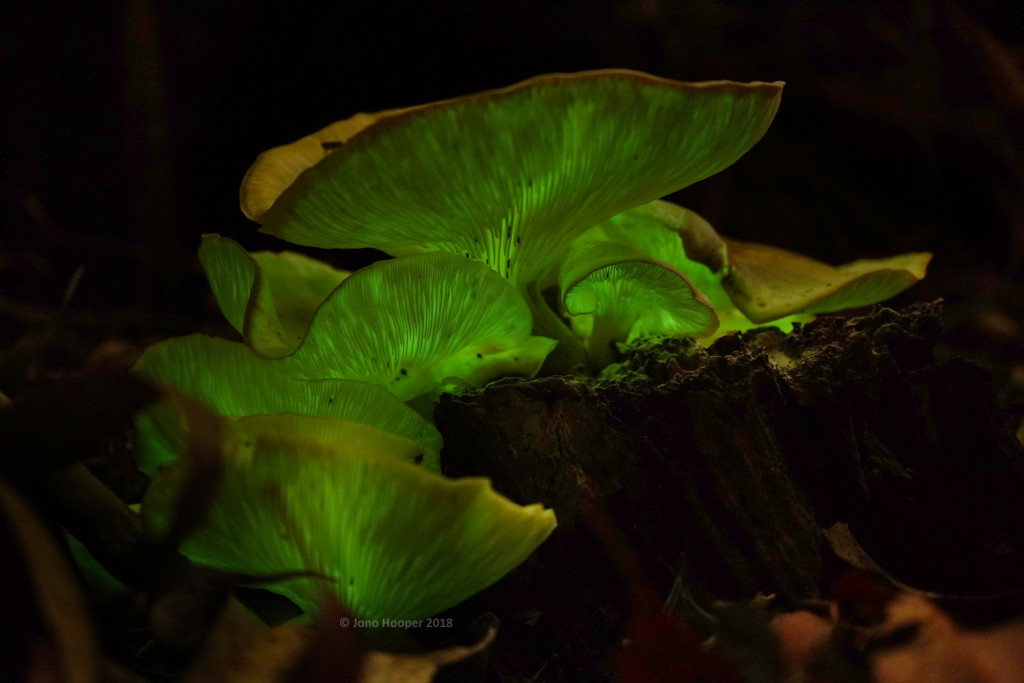