It’s been a fair while since I’ve posted any of the numerous frogging adventures I have been on over the last several years. One adventure that has been a long time coming was a dedicated frogging trip to find the thus far elusive Masked Mountain Frog (Philoria loveridgei). Sure, I’ve made several day trips to the Lamington/Springbrook NPs, even to Mount Barney on several ocassions, but between my good mate Ben Revell and I, the eight trips to find this species had not ended with a sighting, albeit several calls. And so this species breeding season rolled around again, and thanks to our wives, we embarked on our long-awaited Philoria trip, with fellow young frogger Ollie Scully. We had all four remaining Philoria species in our sights, and thanks to the solid rainfall in October, our chances of finding all four were pretty encouraging. 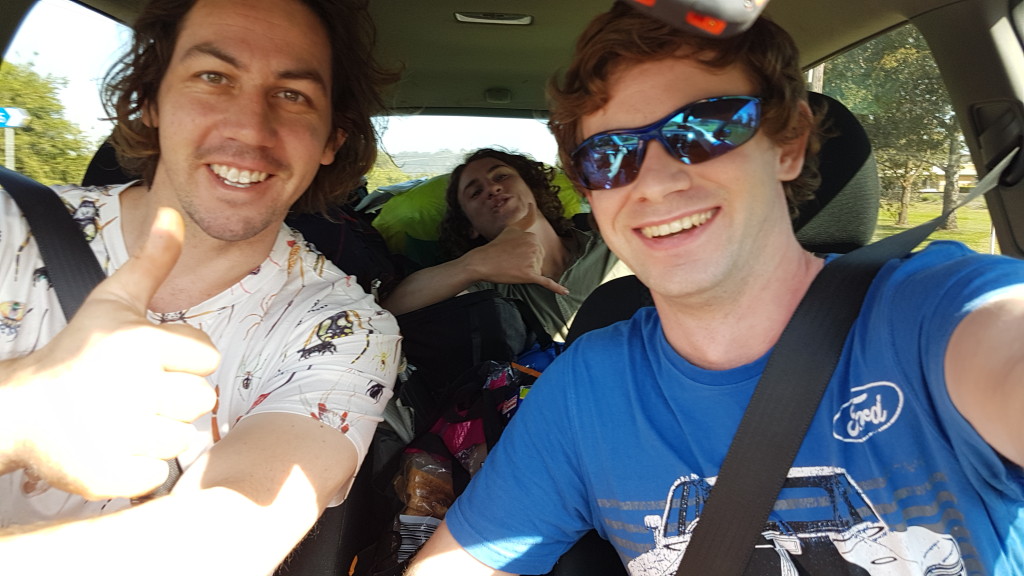 On Ben’s arrival to my home in Kilcoy from the four hour trip from Bundaberg, we re-arranged the RAV4 to fit all frogging trip essentials, and we hit the road. Our route took us through some incredible landscapes and countryside, over the QLD/NSW border where our destination of Forest Tops National Park awaited. On arrival, we stopped by a previously known location for the species, but like most of our trips before, there were no frogs calling from the dry stream here. After setting up our swags and changing clothes, we set off to the nearest tributary, evident on Google Maps.

The very top of the tributary where we entered was nothing more than where two small slopes met, with no evidence of water running here past or present. Knowing the habitat of the Masked Mountain Frog, we knew better and so continued down the increasingly steep side of the ridge. Gradually, the watercourse became more defined, and below us we could see a trickle of water, and, heard several Masked Mountain Frogs!

This species is apparently the easiest to find of all four Philoria targets, however this was not our experience. Whilst the frogs were calling fairly well, and we could narrow down a small patch of ground, the resulting careful search returned no frogs. Further calls downstream also returned no frogs, until Ben returned to our first search spot and spotted one animal in a previously searched crevice. Gotcha! 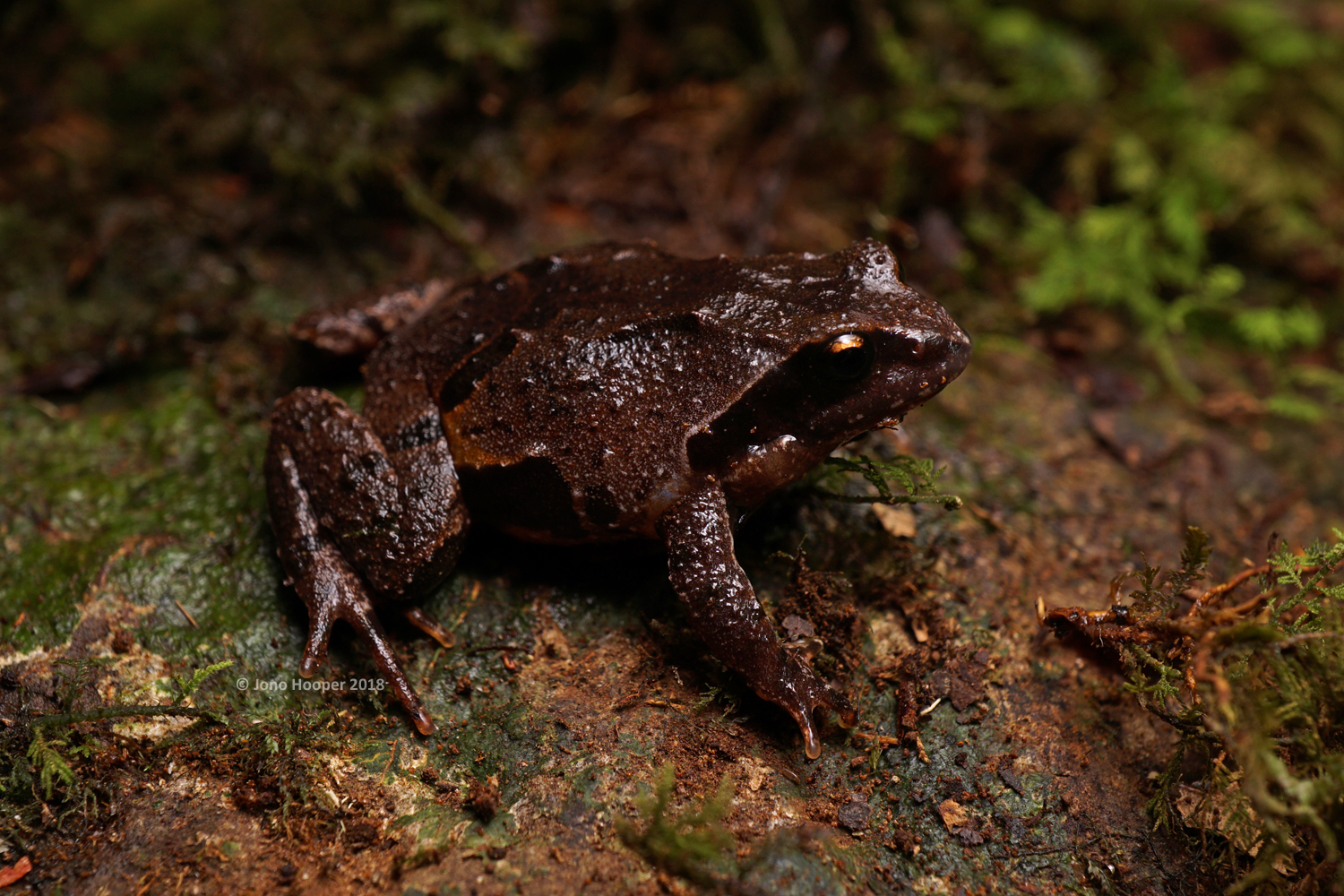 Masked Mountain Frog (Philoria loveridgei). The name-sake black ‘mask’ is evident from the beginning of the arm up over the eye towards the snout. 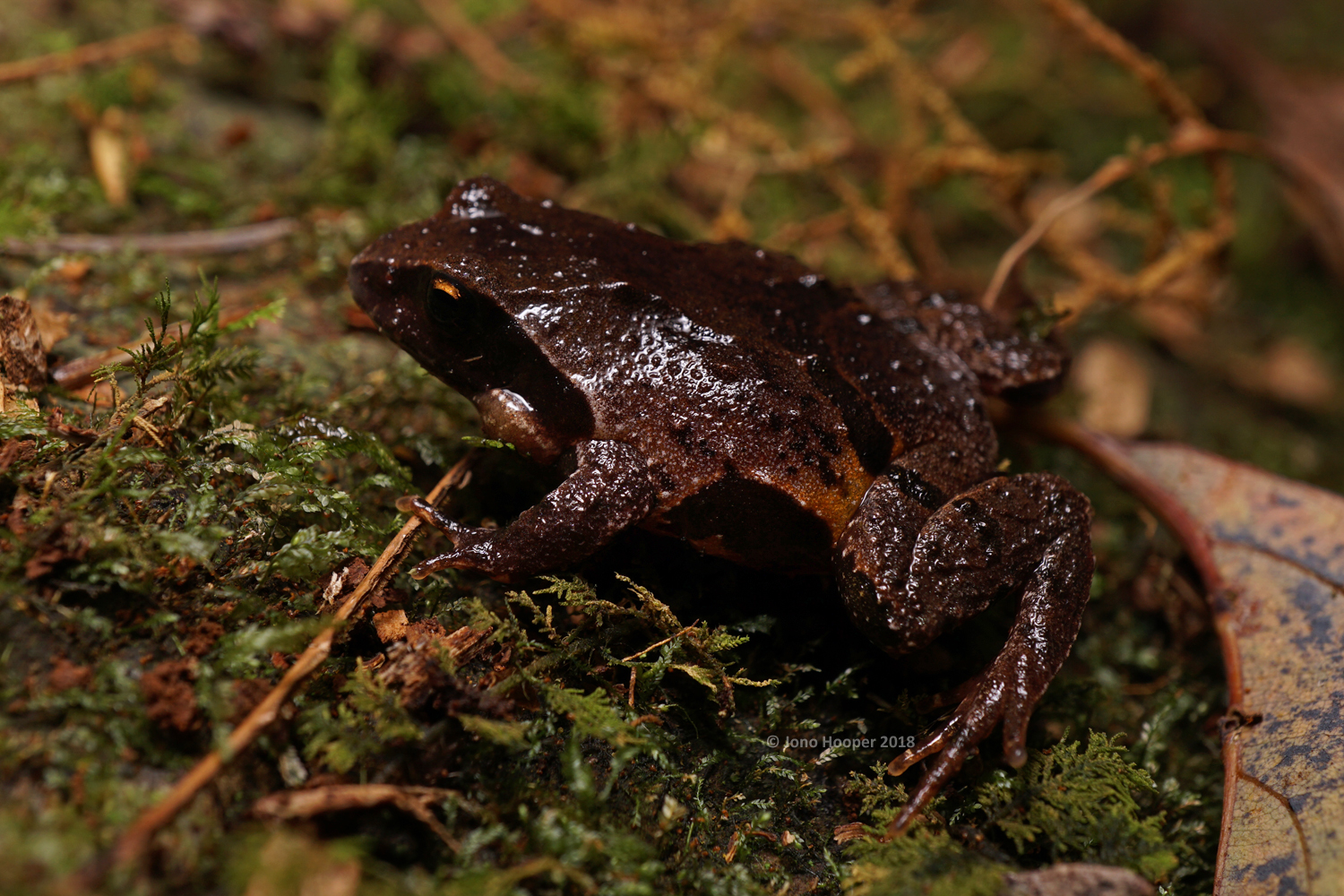 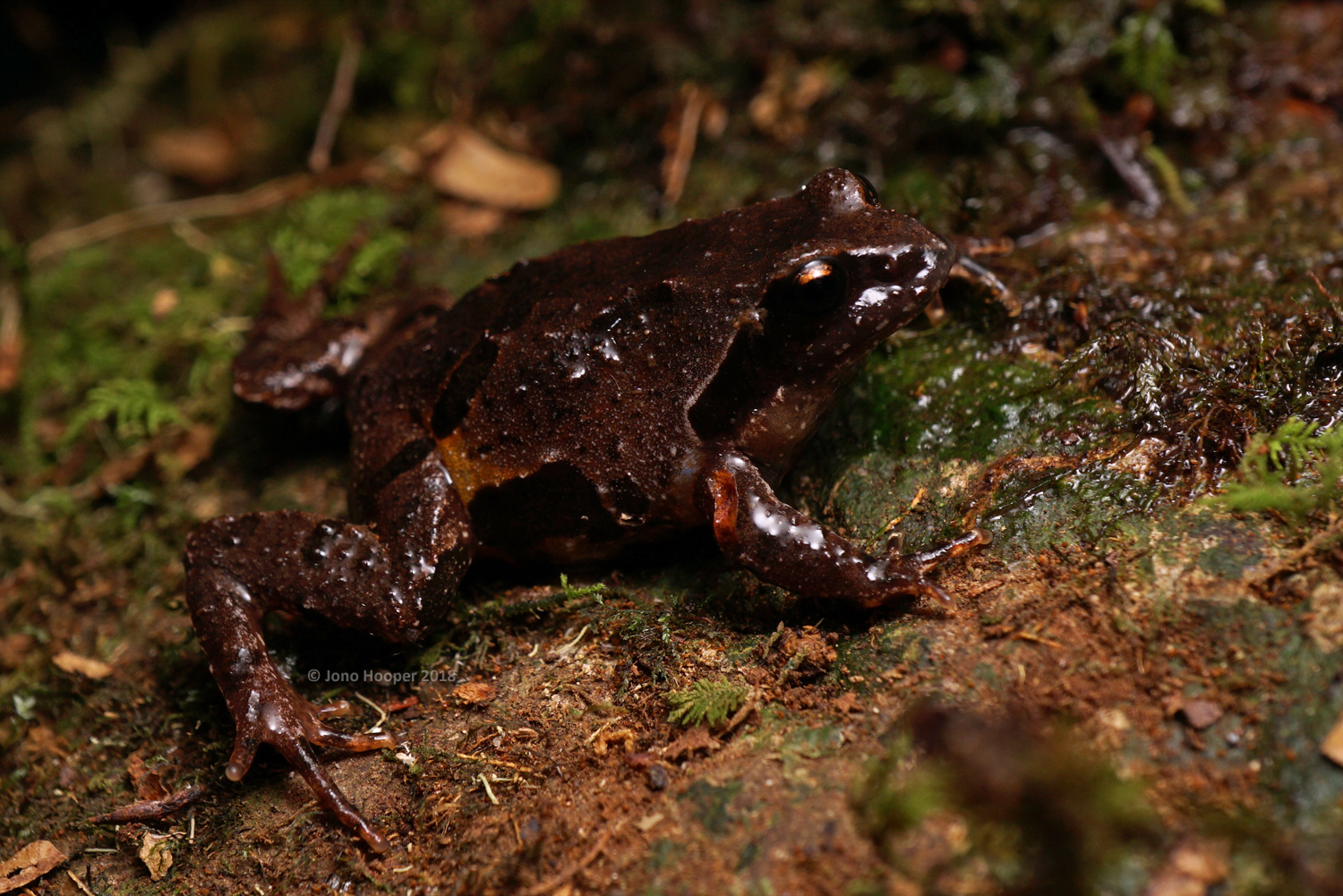 Relieved and ecstatic from our first find of the trip (and long-overdue), we returned to camp on dusk, passing by many fire-flies on our way.

Below is a few of the other finds we made during the course of the night. 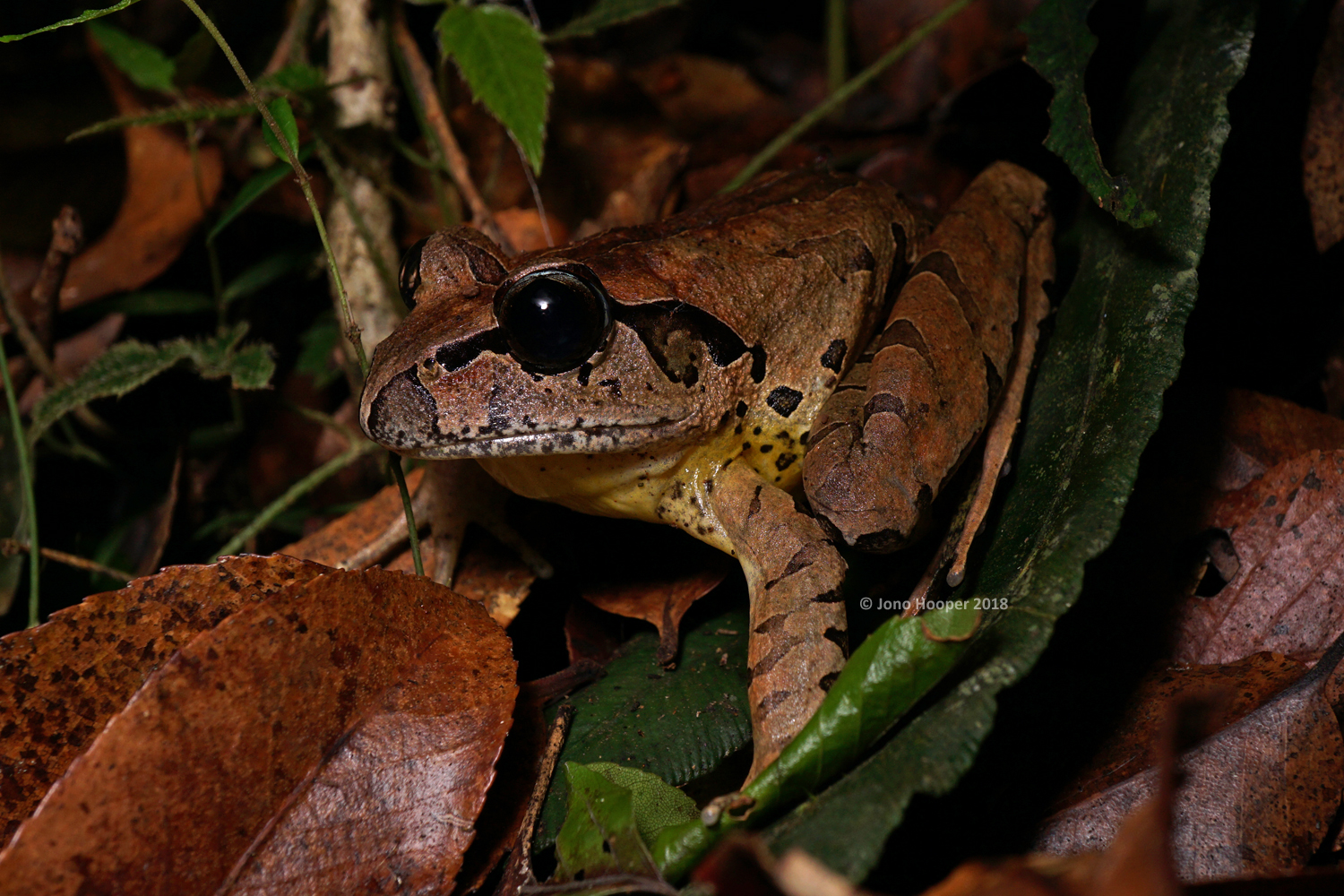 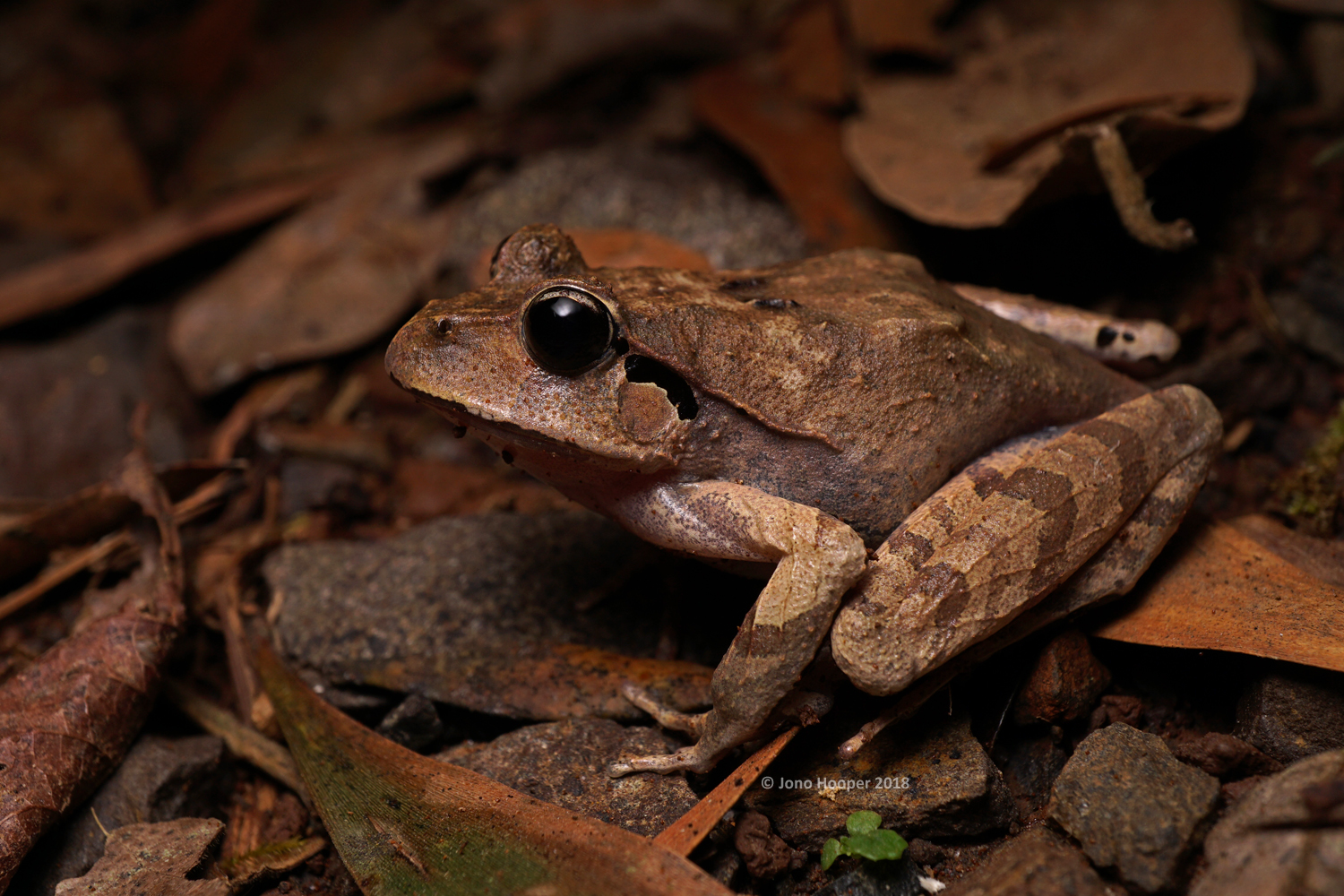 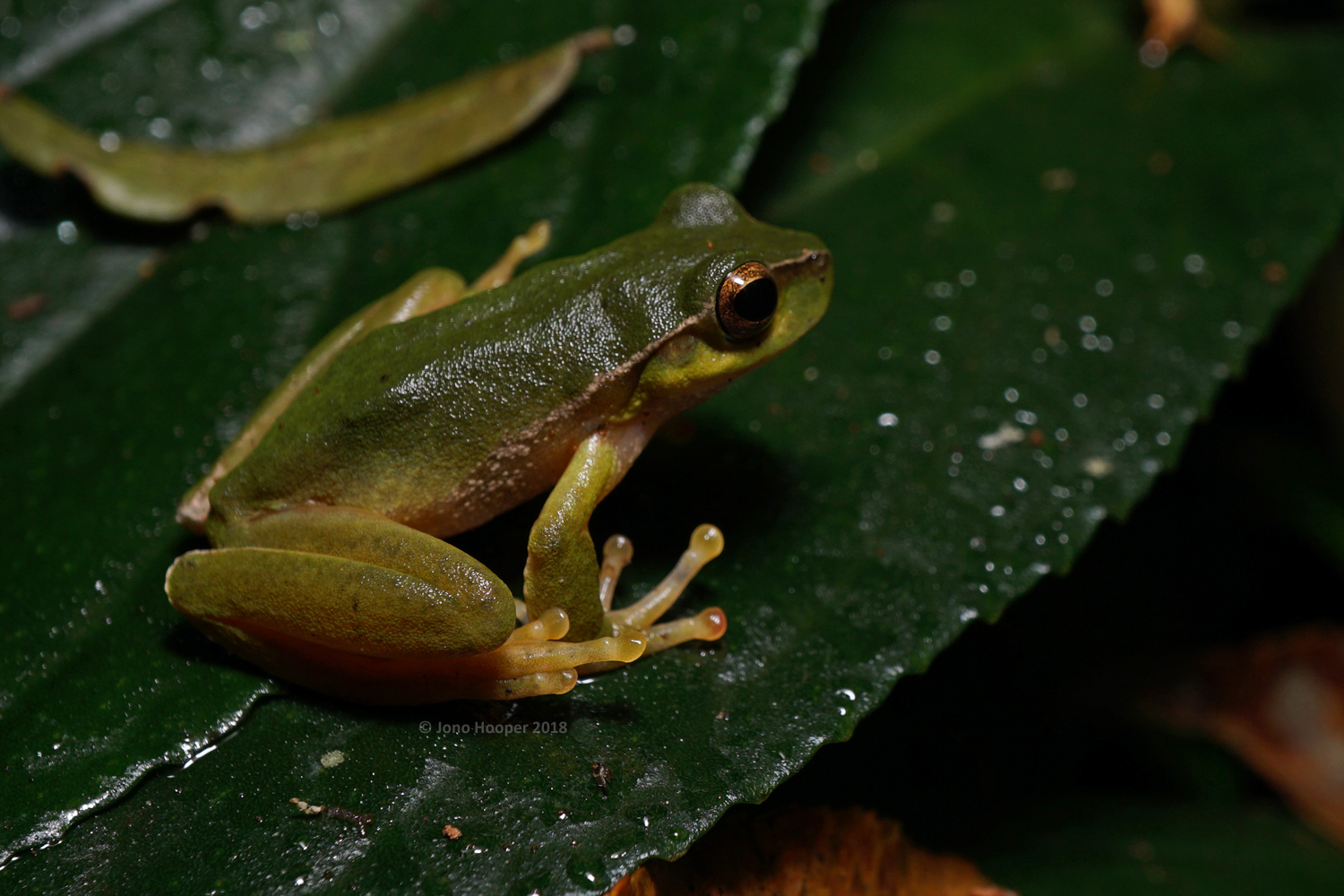 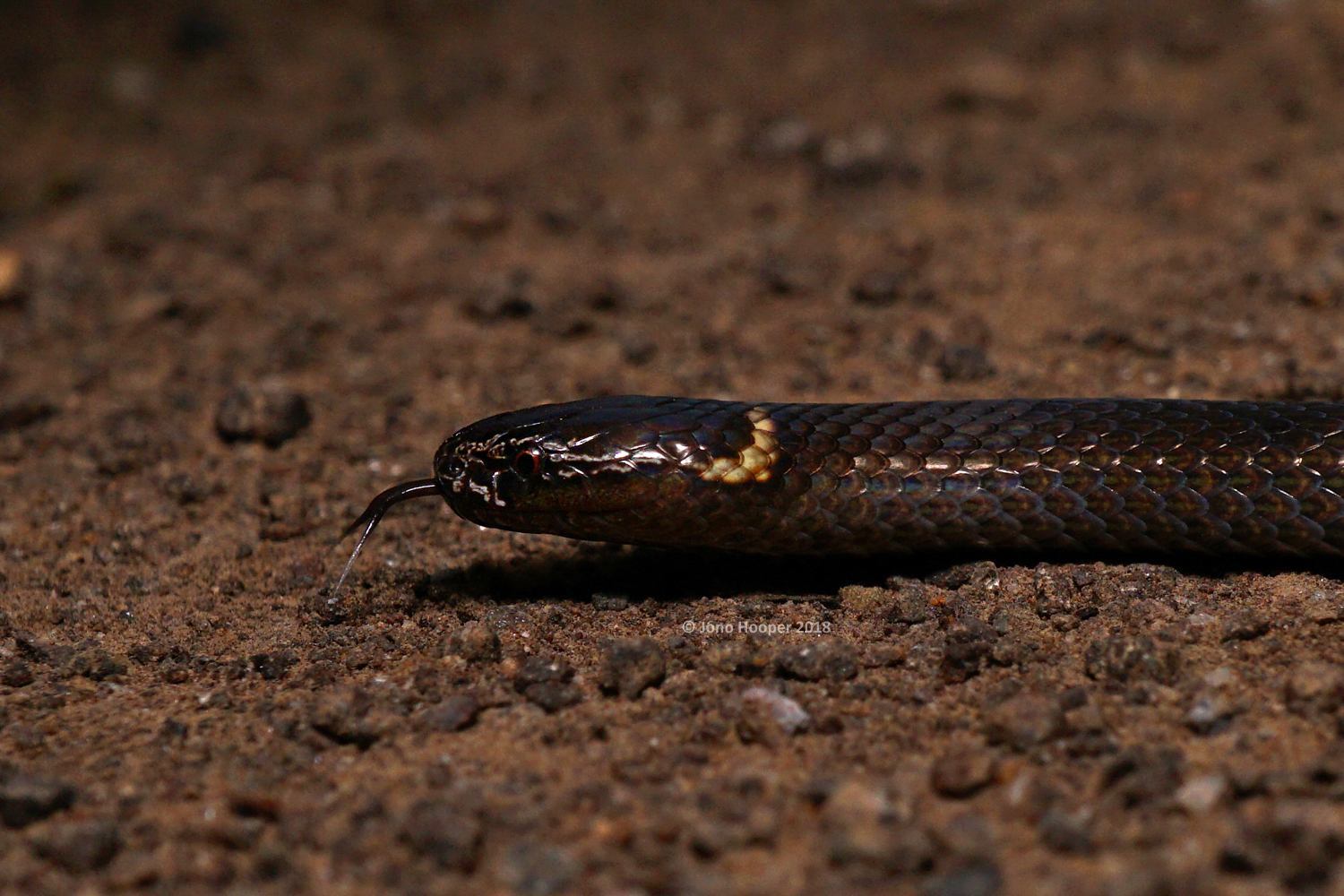 Dwarf Crown Snake (Cacophis krefftii). There were several of these crossing the roads.