Trip to the Wet Tropics: Frogging Around Mt Lewis

Ok you can call me lazy if you like, but as we wrap up the year (excuse the pun), it’s time I blogged about the final night of the Trip to the Wet Tropics I made with Stephen at the beginning of the year.

A local source had been keeping us updated regarding the status of the track up Mt Lewis of late, as road repairs had closed the track half way up the mountain. The ‘road closed’ signs were still displayed at the bottom of the mountain, so we were a little apprehensive whether we would be able to drive close enough to the endemic frogs we were after.

We drove into Mossman and up the range towards Mount Lewis National Park, before turning off the main road and onto Mt Lewis Road, passing by the ‘road closed ahead’ signage. We drove up the road for one, two, three kilometres and eventually passed by some recently completed roadworks – the road was open!

Among with a plethora of native and endemic flora and fauna species, there are several endemic microhylid frog species on the Mount Carbine Tableland occurring above 900m and 1000m; the Rattling Nursery Frog (Cophixalus hosmeri) and the Mountain Nursery Frog (Cophixalus monticola). A barred frog also calls this area home, the Carbine Barred Frog (Mixophyes carbinensis).

After squeezing our hire vehicle past fallen branches and tip-toeing it over fallen logs across the track, we were forced to pull over in front on a large tree across the track. The rest of the journey would be on foot. So we set out in the middle of the day in search for sheltering Cophixalus and Austrochaperina species, carefully turning over small rocks and returning them back in place. And soon enough, we found a frog! 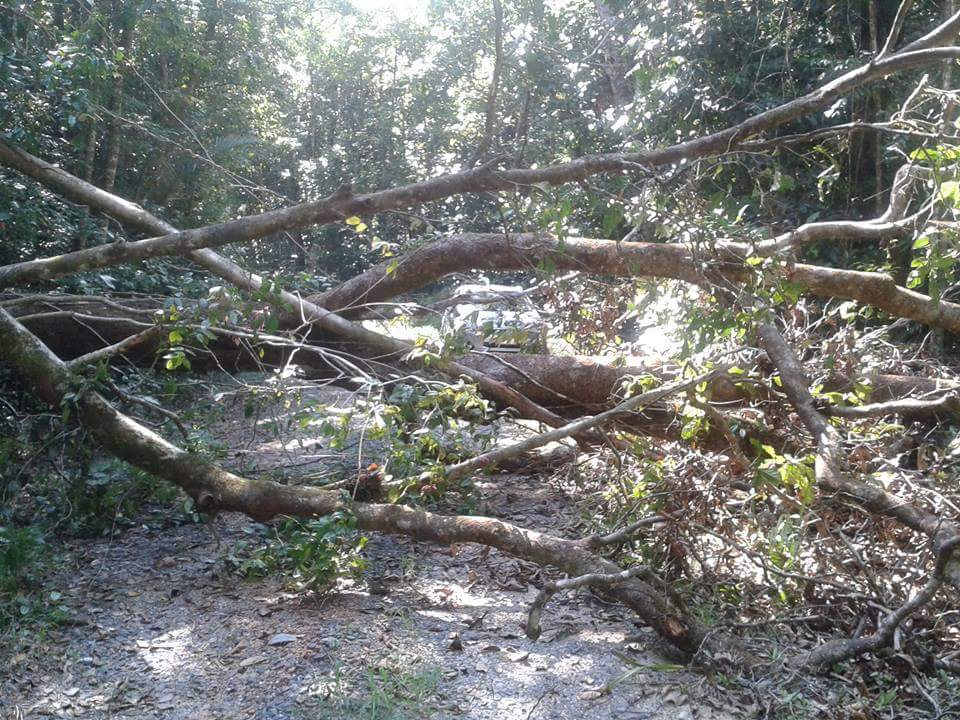 The extent of the fallen tree blocking our track. Not something the hire car could take on… 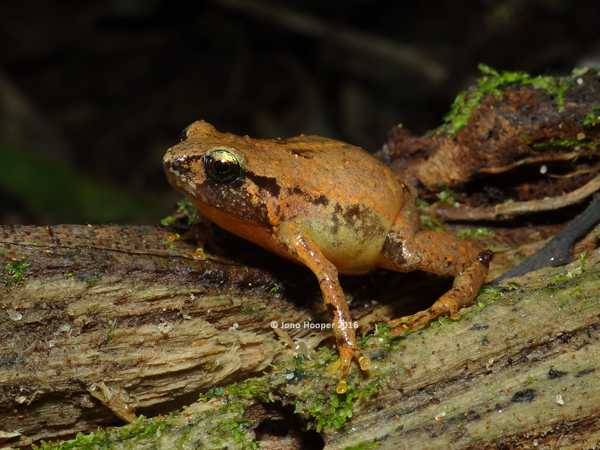 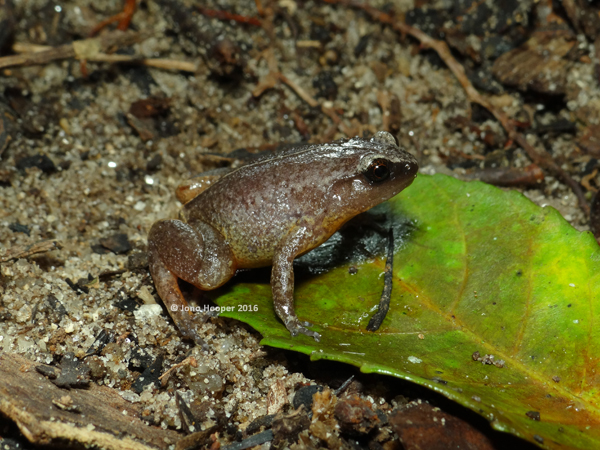 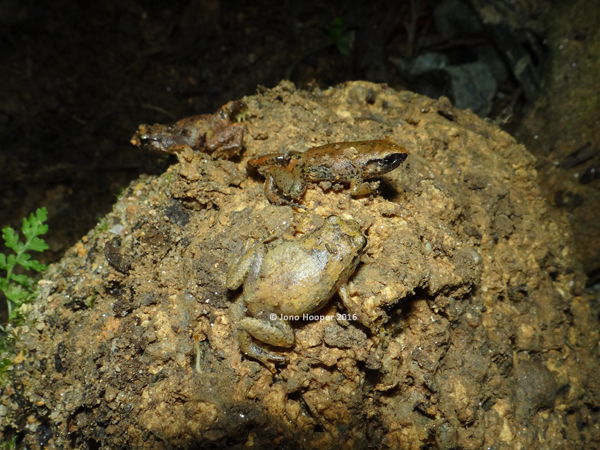 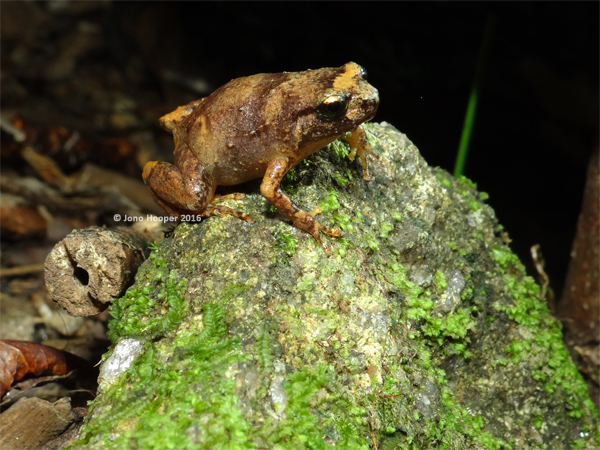 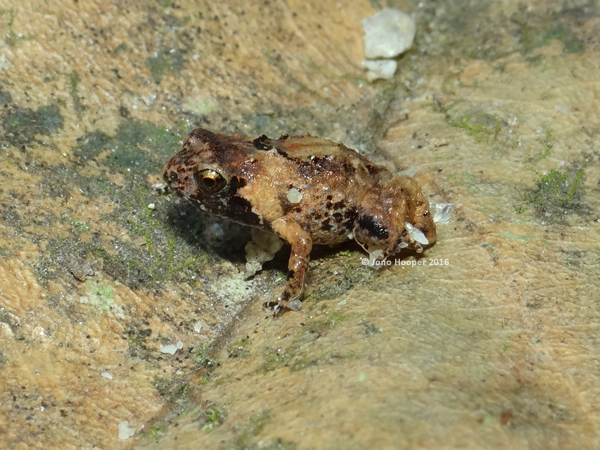 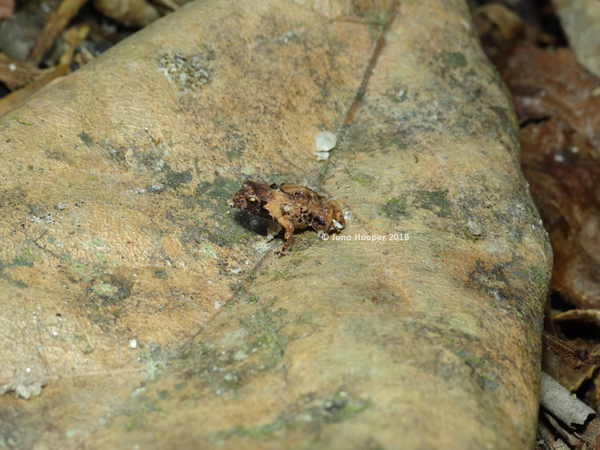 By this time is was 3pm in the afternoon, and we still had to drive back down Mt Lewis and stop into the residence of our local ‘contact’ in Jullaten, whom kindly let us bunker down there for the night. As we were chatting from their balcony, a fog began to consume the peak of Mt Lewis. It was almost time to return back up the mountain for the night.

On the return drive up the mountain we stopped by several streams where we pricked our ears to the sounds of the nocturnal night life, and soon heard the calls of a barred frog. A little searching revealed a dozen or so Carbine Barred Frogs. 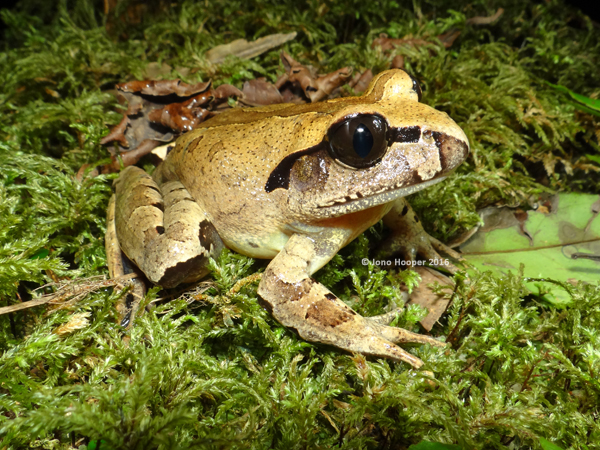 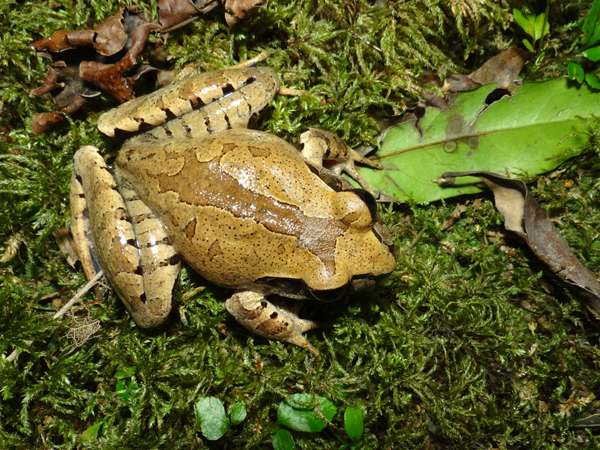 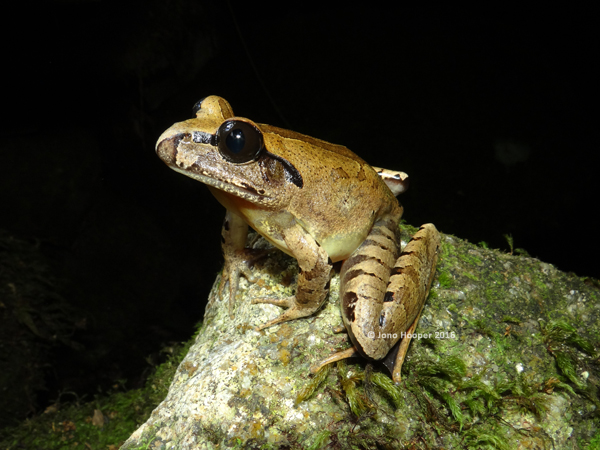 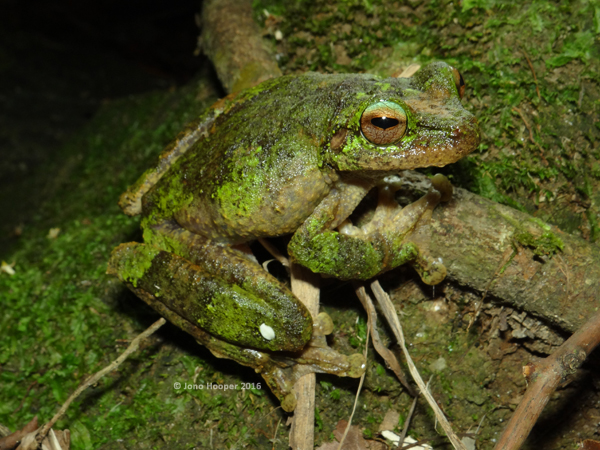 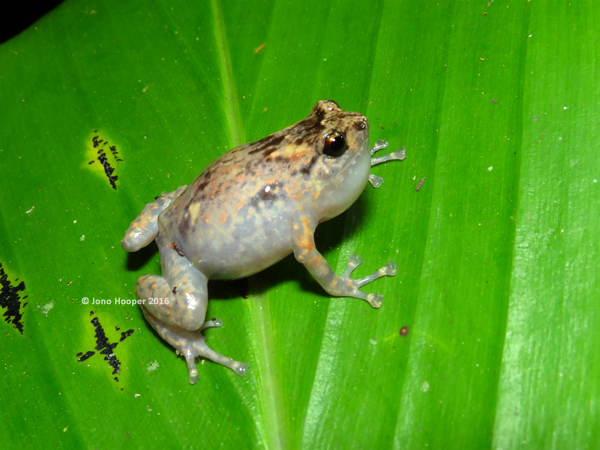 Ornate Nursery Frog (Cophixalus ornatus). The forest was alive with the calls of these frogs.

From here we continued up the track to where the fallen tree prevented us from driving further. Walking up the track, we heard the calls of several other Cophixalus sp. calling, and so stopped by to take a look amongst the leaf litter and tree roots dripping with water seeping down the mountain side. 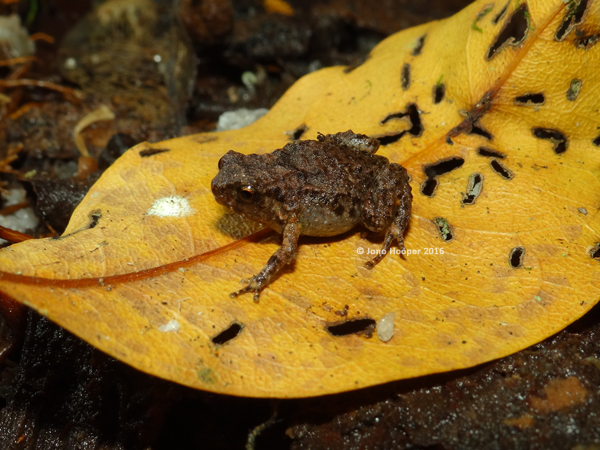 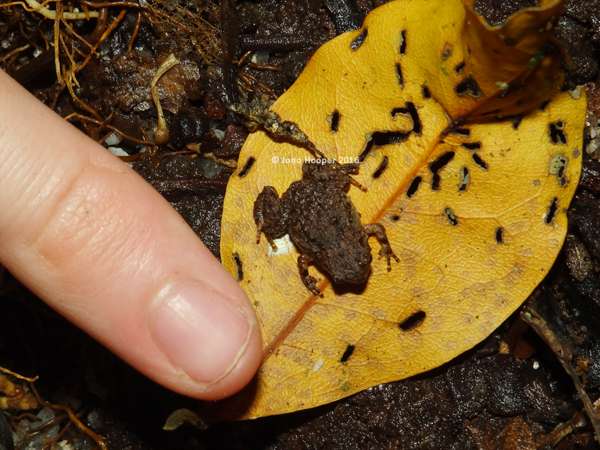 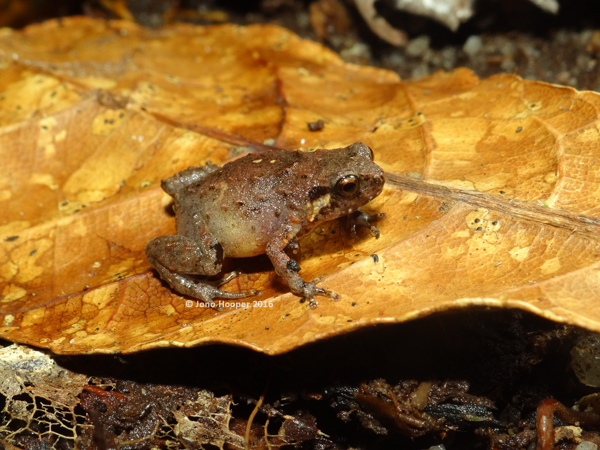 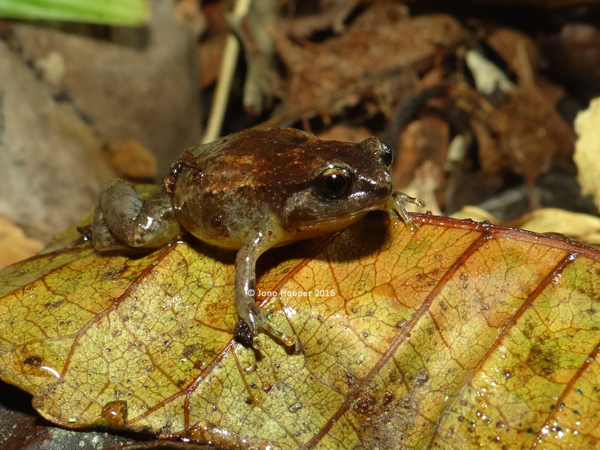 Whilst we did find the endemic Rattling Nursery Frog (Cophixalus hosmeri), we were too far from the populations of Mountain Nursery Frogs (Cophixalus monticola). Hopefully the next trip to Mount Lewis will allow us to drive further then the fallen tree allowed us this trip.

On the way home for the night, we drove by a White-lipped Treefrog. Of course I stopped for it.

Over the four nights frogging around the Wet Tropics, I had the pleasure of finding 20 species I could tick of my bucket list! Not bad for four nights, and I have Stephen to thank for joining me on the trip and taking me to some great spots.

I wish you all a Blessed Christmas and look forward to posting many more cool frogs next year.

One thought on “Trip to the Wet Tropics: Frogging Around Mt Lewis”