Trip to the Wet Tropics: Frogging Around Tully & Palmerston

Since discovering how cool frogs were several years ago, my frogging trips to date were restricted to South-east Qld, the Darling Downs and an area south of Sydney. Now the opportunity had finally arose to fly north to Cairns and go frogging around the Wet Tropics! Extremely sorry he couldn’t join me, my friend Ben dropped me off at Brisbane Airport where we caught up with Stephen who had arrived from NSW. Once in Cairns, we travelled to Tully where we spent the first of four nights frogging around the area.

Before we left our motel that night, we checked out the small pond at the motel entry and quickly found the Northern Dwarf Treefrog (Litoria bicolor) and the White-lipped Treefrog (Litoria infrafrenata), Australia’s largest frog species. Both these species are commonly encountered in the lower altitude areas, particularly in disturbed areas. We also found a familiar face at the pond too, the Eastern Sedgefrog (Litoria fallax), the southern cousin of L. bicolor. 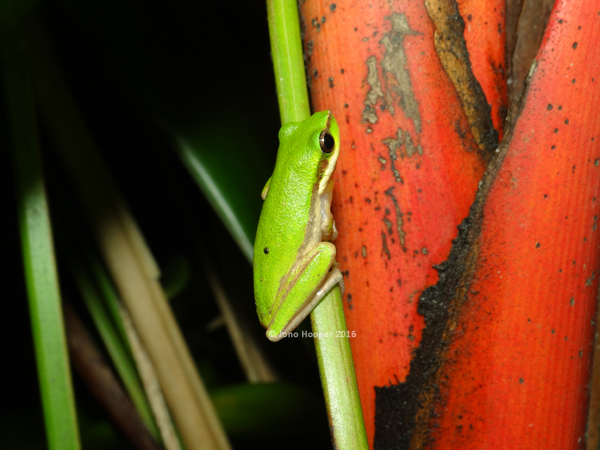 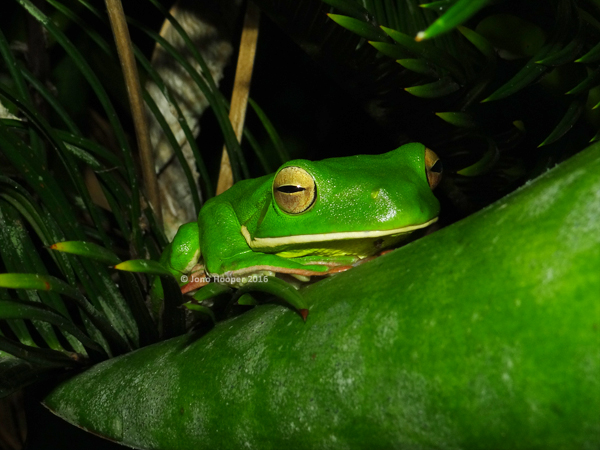 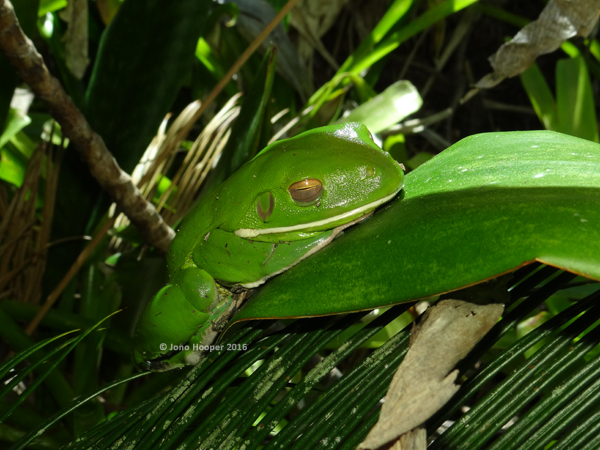 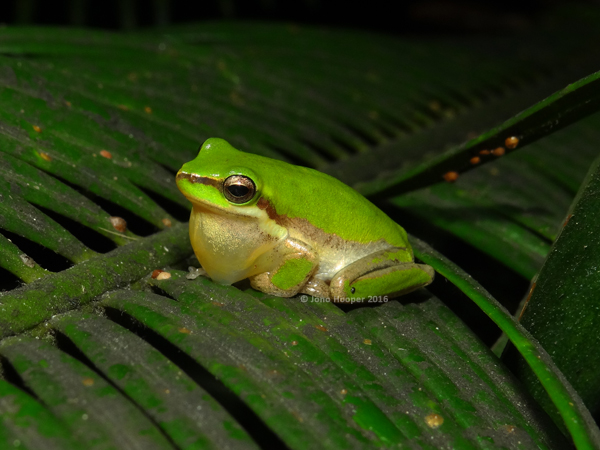 We made our way towards Tully Gorge, stopping along the way at several lowland streams. This was as far as we got before turning around and travelling to Palmerston Valley, but not before finding several other frogs on the hit list. 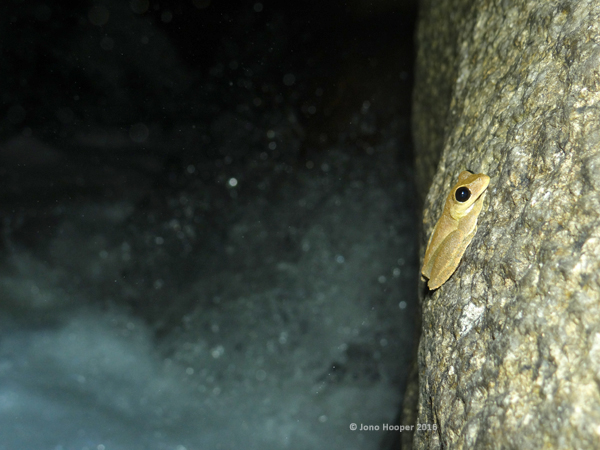 Australian Lace-lid (Litoria dayi). This species clings to boulders and vegetation within and surrounding streams at lower altitudes. 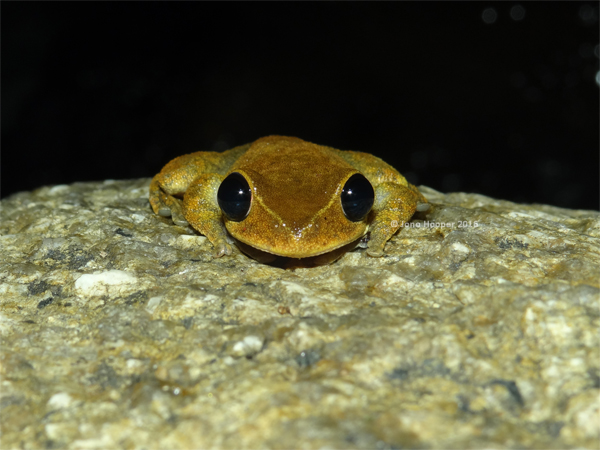 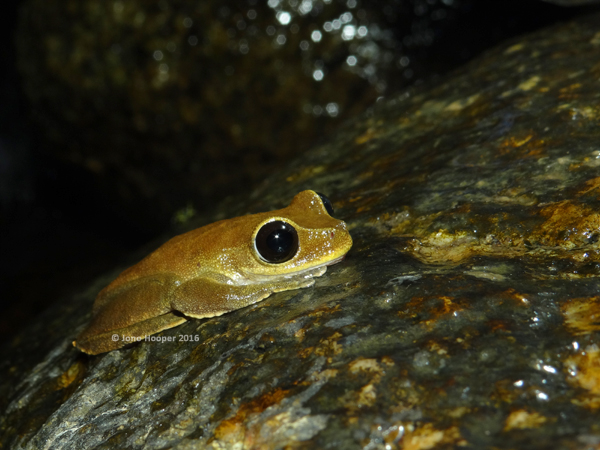 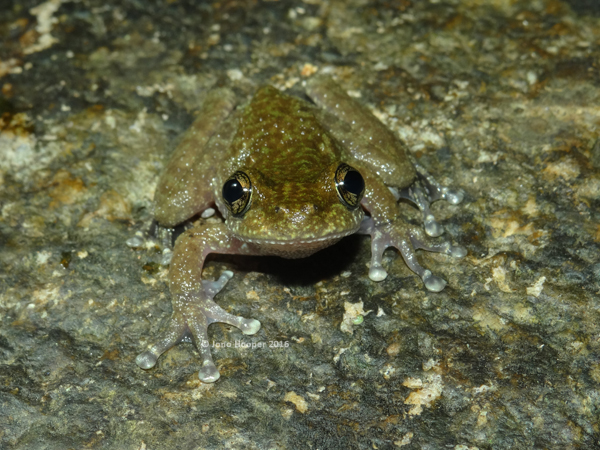 Waterfall Frog (Litoria nannotis). One of the ‘torrent frogs’, often found clinging to the sides of waterfalls within the splash zone. They are well camouflaged and a special frog to find. Lower altitude populations appear in pretty good numbers where they have been less affected by Chytrid fungus. 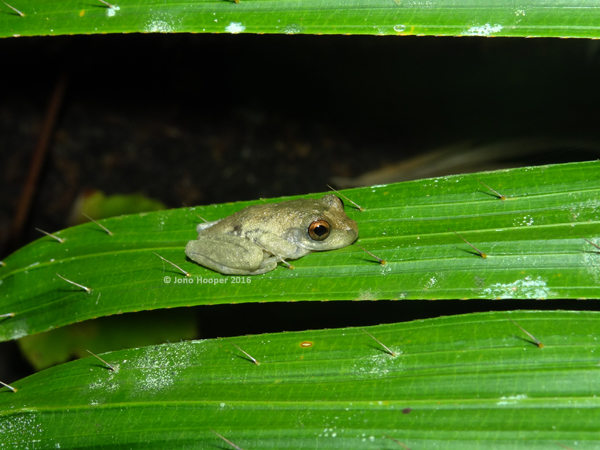 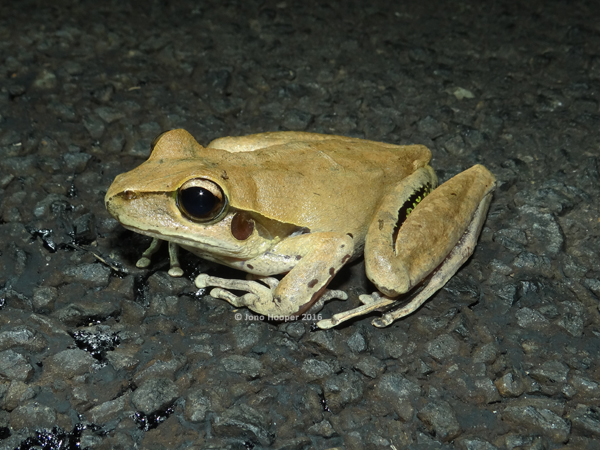 We then turned back and travelled an hour to Palmerston where we met several other species I was keen to see.

Pulling up safely off the road, Stephen heard a chorus of Southern Ornate Nursery Frogs (Cophixalus australis) calling from the forest. I hadn’t seen this Genus of frog in person before so it was exciting to find them perched on small branches from trees in the forest. 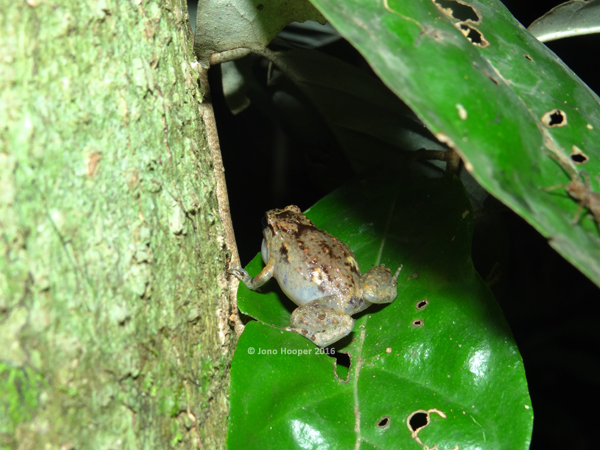 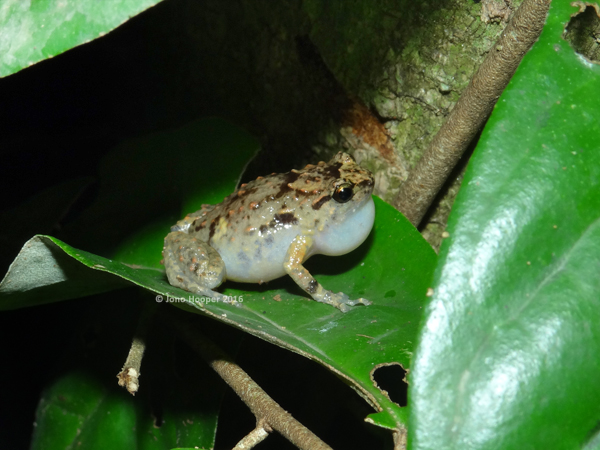 We then crossed the road and another creek where we found several frogs in amplexus, the mating position of frogs. 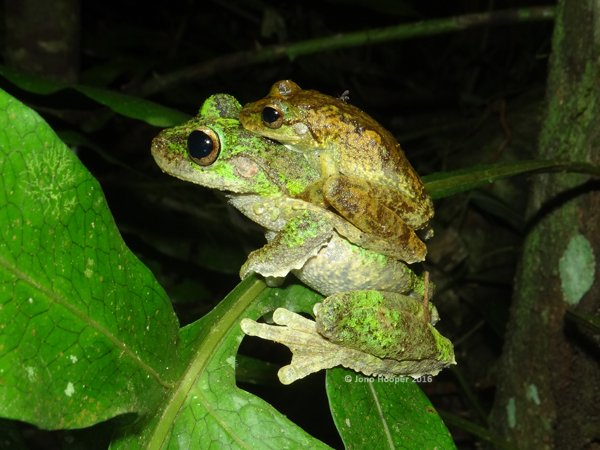 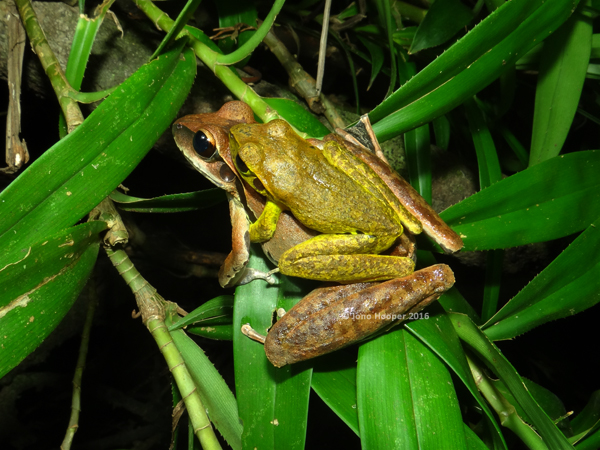 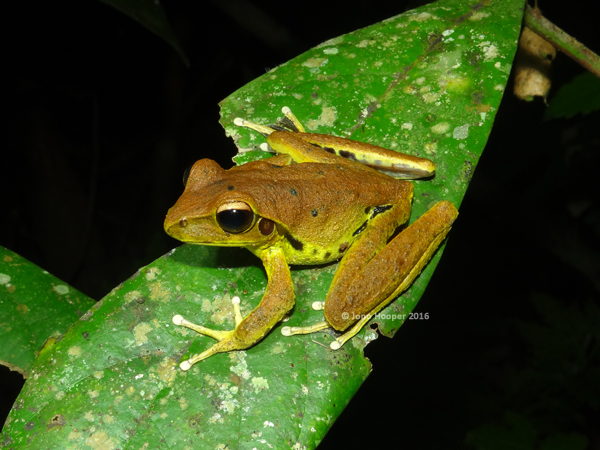 We continued further up a track where we came across several calling Creaking Nursery Frogs (Cophixalus infacetus). 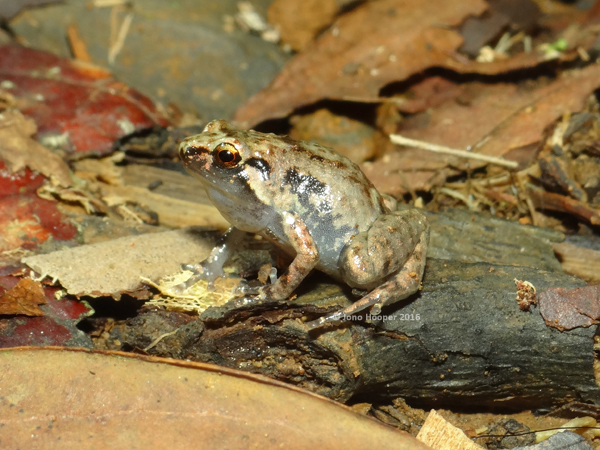 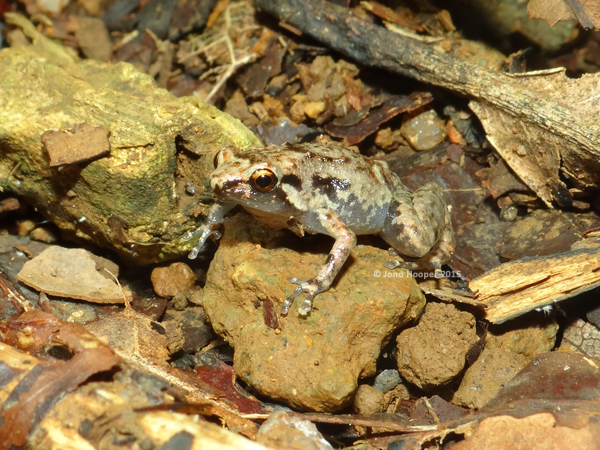 The Cophixalus are unlike anything here in South-east QLD. Whilst they may appear similar to the Marsupial Frog (Assa darlingtoni), Cophixalus have finger disks and toe pads. Assa do not and so are restricted to the ground, restricted to climbing over wood and rocks on the forest floor.

We found 11 species during the night, nine of which were new to me. No complaints from me!

Keep watching for more pics from the remaining three nights frogging around the Wet Tropics.

2 thoughts on “Trip to the Wet Tropics: Frogging Around Tully & Palmerston”