Not all frogs call at night. This is part of the clue in finding the Red and Yellow Mountain Frog (Philoria kundagungan). After two previous attempts to find this species, I joined fellow froggers Craig and Donna and travelled back to Main Range National Park hoping this trip my be my ‘third time lucky’.

This species is endangered under the IUCN listing. Previous logging activities in the area are likely to have caused declines in the species. Infection from Chytrid fungus may also pose a risk, and so the gumboots had been given a good clean before arriving at the park. Thankfully, much of their known habitat is now protected in national parks such as Main Range.

We arrived just after 2pm to surprisingly cool conditions in the rather pristine looking national park, passing by dense rainforest as we drove further into the park. I had a few spots in mind to take a listen at for the mountain frog endemic to the ranges. And before long, I heard what we came looking for! 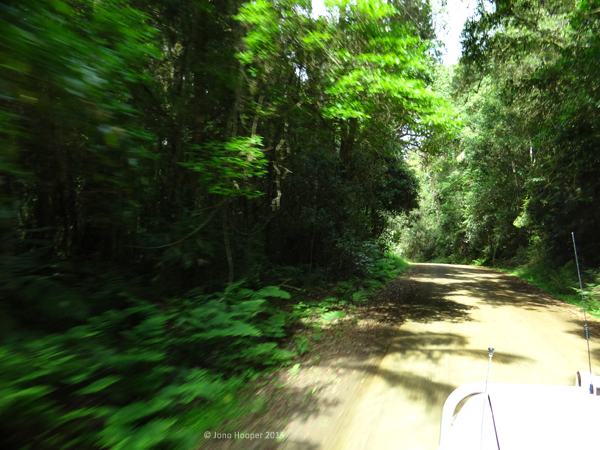 The lush green rainforest guiding our path as we drove by.

There were about four Red and Yellow Mountain Frogs calling within 50m of each other. After creeping just close enough to their approximate location, we narrowed in on a spot, carefully sifting amongst the leaf-litter for an animal about 25mm in length. After a good while of intense searching, and no further calls, we retreated and listened closely at a few other nearby spots. After a good 2 hours, we returned to our initial search to find the frogs had since began calling again. Further searching in the same spot turned up nothing.

Suddenly, several individuals began calling a few metres away. By now it was almost 5pm, and only after a short search through the leaves I had found the little frog! There was no ‘little girl’ squeal on my behalf, just an excited and relieved ‘yippee’. 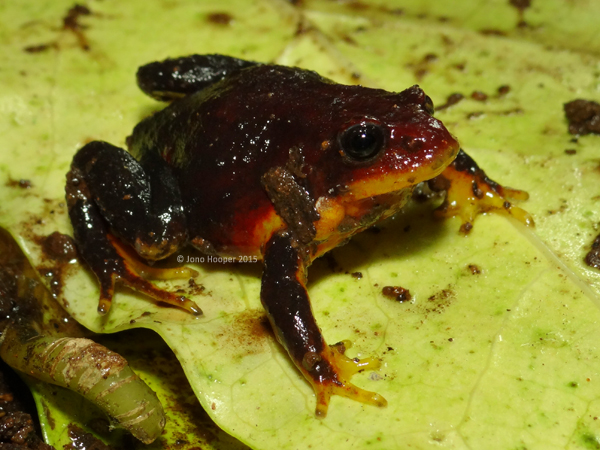 He wasn’t going to hang around long, though we did manage to get a few quick shots of such an infrequently seen habitat specialist. 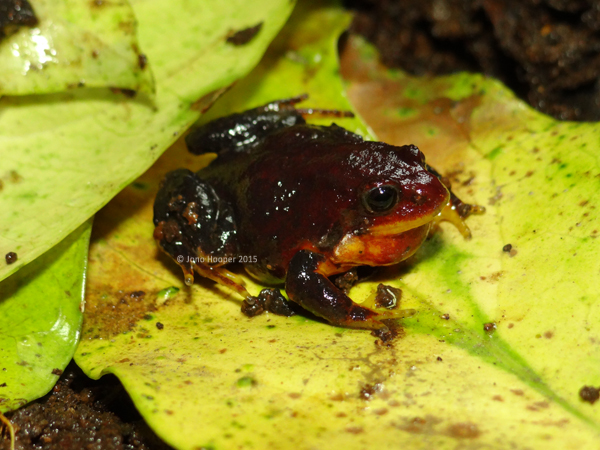 As this was a frog known not to pose for long, we soon let him go, satisfied with finding such a cryptic species in such an amazing place.

On our way out of the national park, we stopped by a creek where Stony-creek Frogs and Whistling Treefrogs were plentiful and calling to their heart’s content. 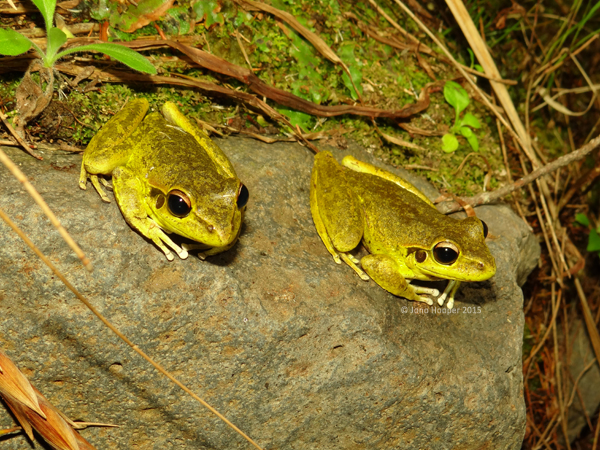 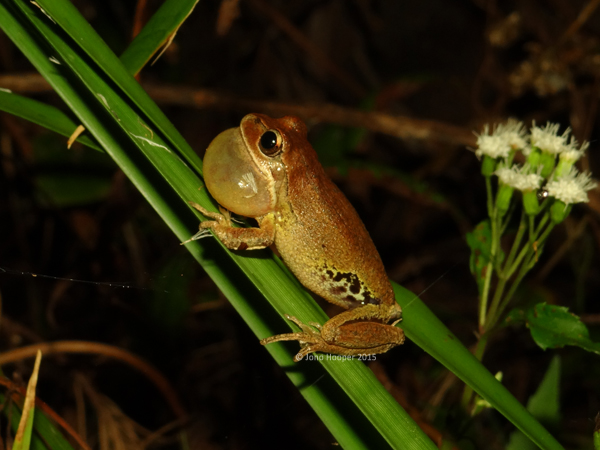 We also stopped to appreciate the large sculpture of the endangered Fleay’s Barred Frog. Abundant to the national park, but is thought to have previously fallen victim to the Chytrid fungus and logging activities in the areas they are now protected. 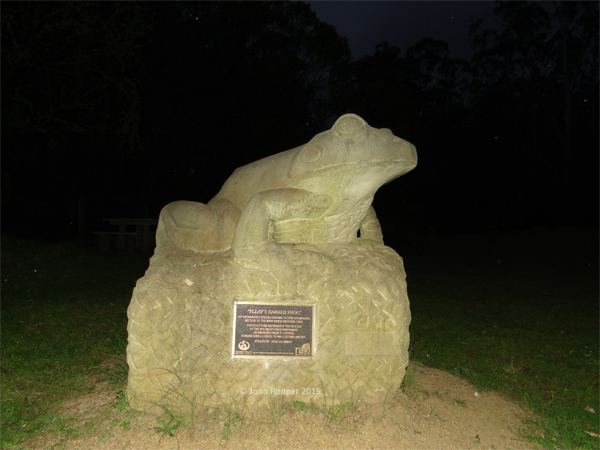 It was yet again another fun adventure out to Main Range NP. I look forward to heading back there, and to now finding the second of the nearby mountain frog species, the Masked Mountain Frog (Philoria loveridgei).