A skip, hop and a splash through Lamington NP

Almost a month ago I was on the fortunate end of a fellow work colleague’s unfortunate scenario. He had badly dislocated his shoulder and so was unable to do a soil monitoring job at three sites in southern QLD. I was keen to pick up the two-day jobs, which I then found out were in the valleys surrounded by Gold Coast’s national parks! I had never set foot in Springbrook or Lamington National Parks, so what an opportunity this was!

After contacting Jurgen, a friend local to the area, we headed up to Lamington National Park – Binna Burra section. Several light showers had settled in for the evening and the temperature remained warm (for Binna Burra). I had several frog species on my radar, all of which are native or endemic to the area. The Whirring Treefrog (Litoria revelata), Black-soled Frog (Lechriodus fletcheri), Red-backed Broodfrog (Pseudophryne coreacea) and Loveridge’s Frog (Philoria loveridgei).

After a short walk on the Border Track I came across several large Great Barred Frogs (Mixophyes fasciolatus) and heard many teasing Marsupial Frogs (Assa darlingtoni), but it wasn’t long before I found my first Black-soled Frog. They were much smaller than I thought with subtle but different appearance from a Great Barred Frog. 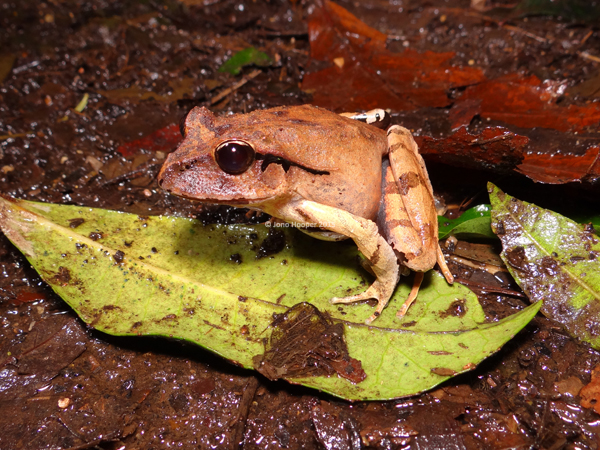 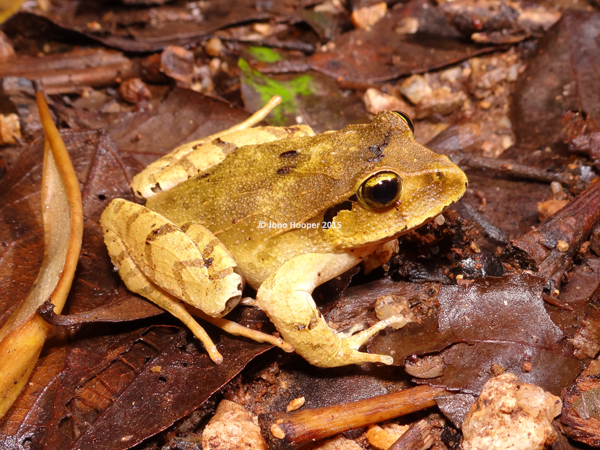 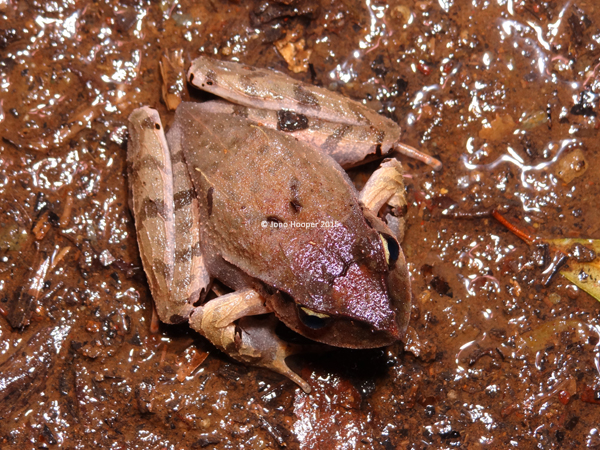 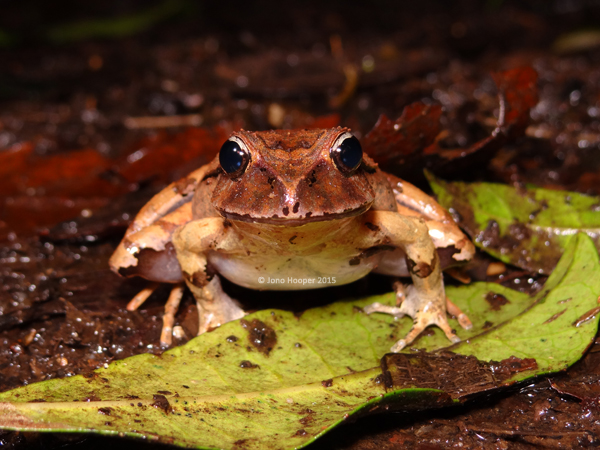 We then headed down the road a little to a decent water-filled depression in-amongst the rainforest, where to my glee many Whirring Treefrogs were actively calling! The volume and depth of water was much greater than is usual at this spot, and while trying to find solid ground on the other side of the water, I misjudged what appeared to be ground and suddenly found my boots and much of my long pants filled and soaking wet! Once splashing out of that situation though Jurgen happily found several dozen of these beauties! 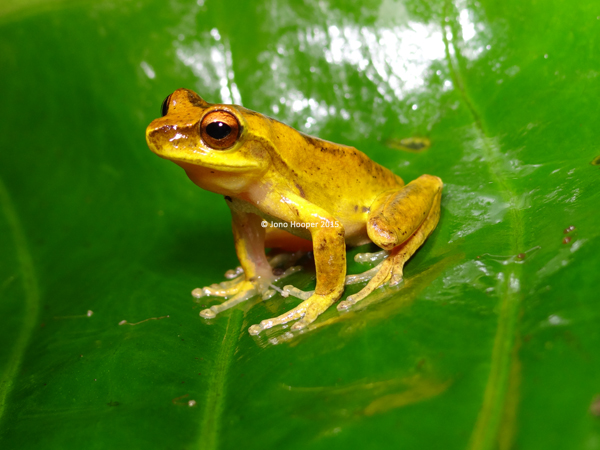 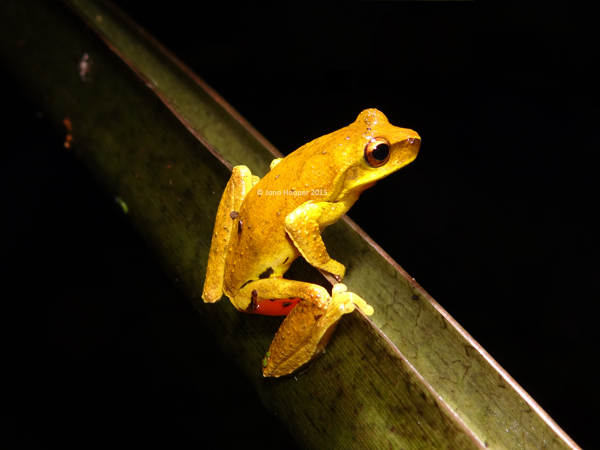 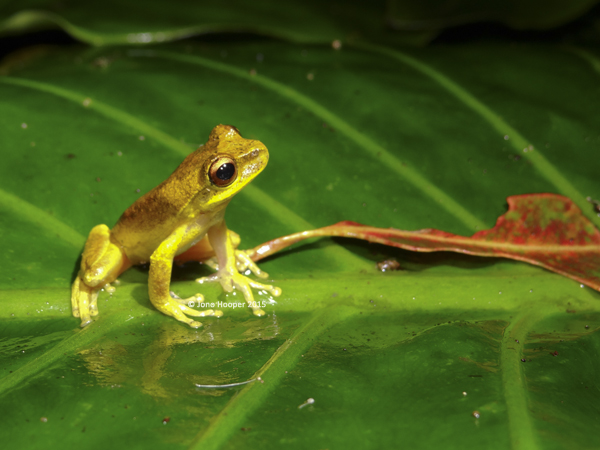 You can listen to the call of the Whirring Treefrog by clicking here.

Whilst this was a flying visit, or skip, hop and a jump through Lamington National Park, it sure was worth it having found these two new species. I shall return to explore more of this area and the great flora and fauna.