More Darlings from the Downs

Having been out to Lake Broadwater only the week before, I knew there was still plenty of opportunity for frog activity out west, I was fortunate to have Connor join me out camping near Dalby for three days and come along frogging at night. The camp grounds had dried up quite a bit since my quick stop a week ago so I was apprehensive as to what the frog activity would now be like. 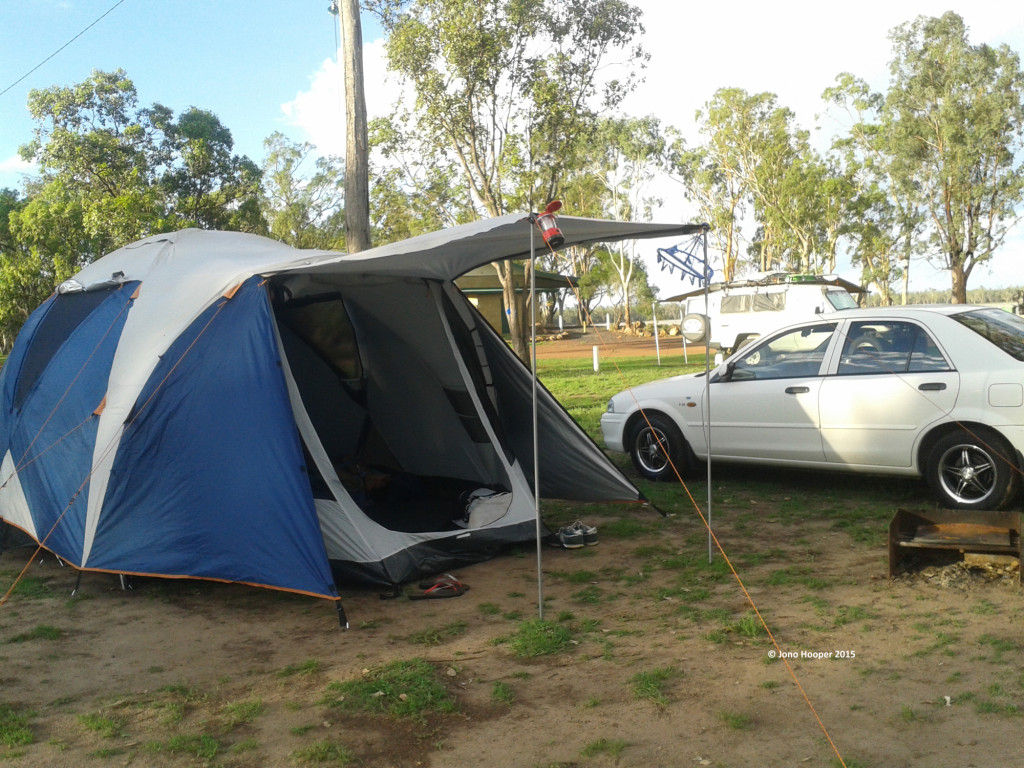 Camp set up and ready for frogging!

We set out in my Laser sedan along the dirt track in the park, stopping frequently to listen out for frogs and to check the suitability of the approaching roads for my not so off road terrain vehicle. We were travelling pretty well until a section of the track before us was covered over by water, so wisely we walked from there. Four particular species were on the watch list this time round although for much of the night we found the same species as I had a week before. 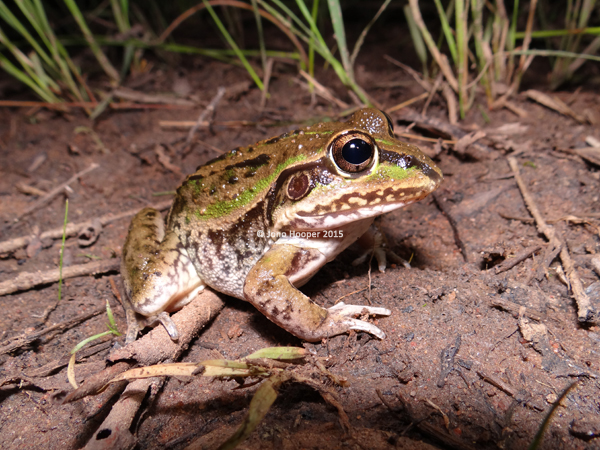 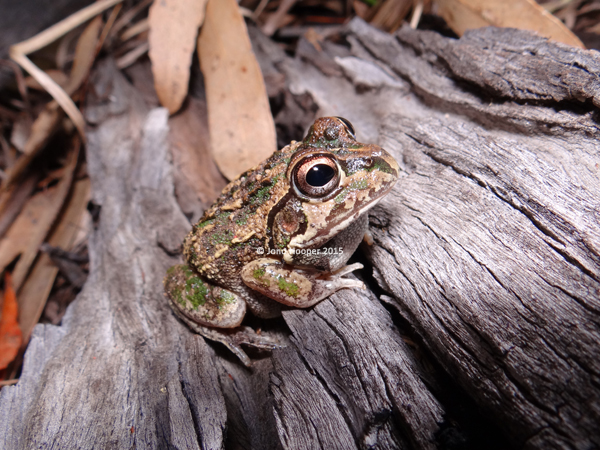 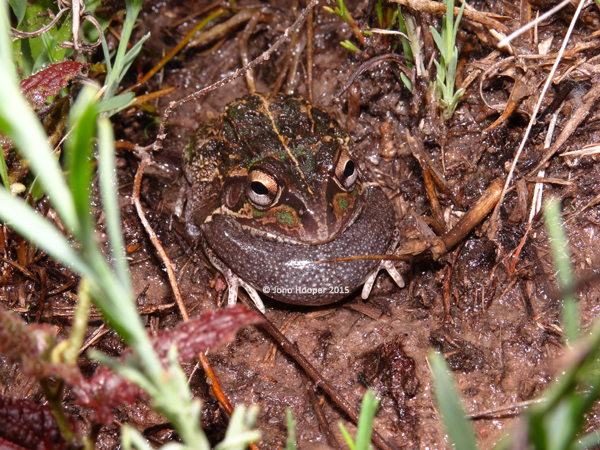 On our return from our walk Connor suddenly stopped as before him was a Salmon-striped Frog (Limnodynastes salmini)! These frogs are hard to come by and usually only found after large rainfall events. I was stoked as this was one of the species I was hoping to see, though the last species I expected to see. 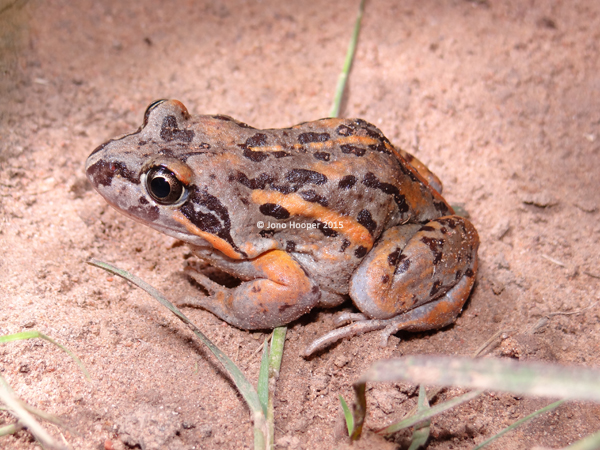 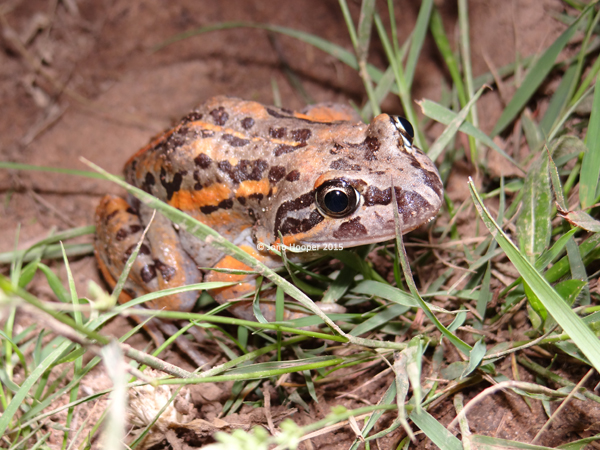 The following day was a scorcher as the days have been at Dalby lately. Reached 40 degrees C in our opened up tent and not much cooler outside. After a swim in the lake and some regrettable sunburn we decided to get in the car to see what water remained on the sides of the road. We found a bit, and in those puddles were lots of tadpoles. We would return at night to get some photographs. 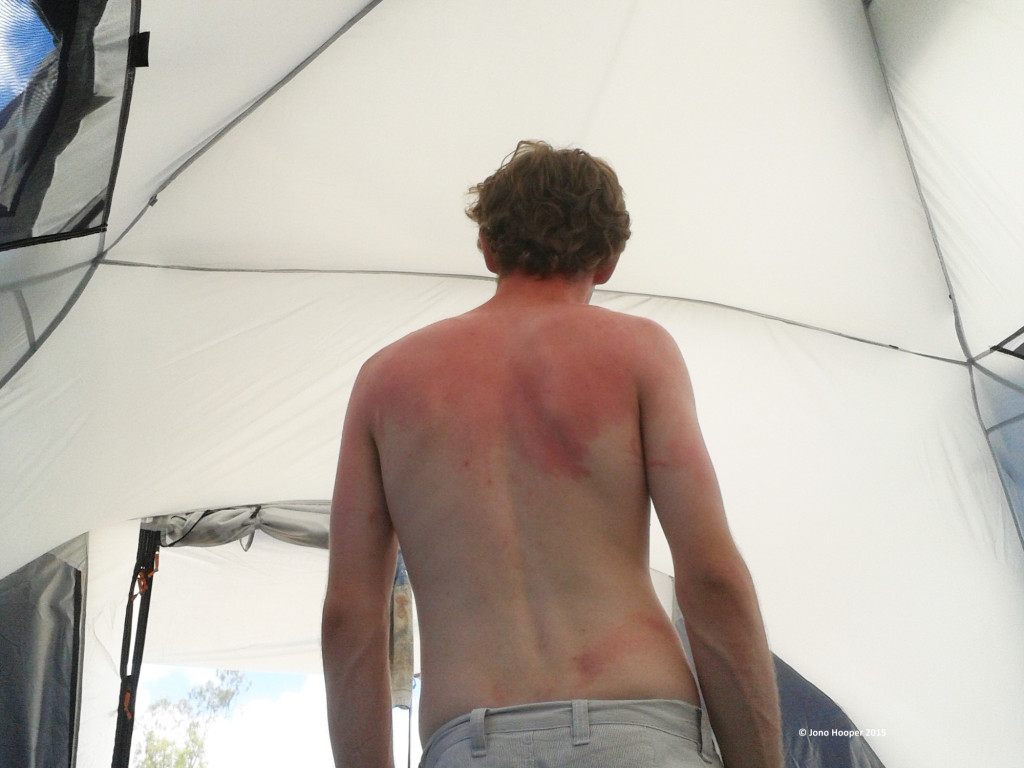 Yeah kinda regretted that for the next two weeks.

Just an hour or so later we were all caught off-guard by a freak storm which had approached the area from an unexpected direction. The wind grew stronger as my new tent was put to the test on it’s first camping trip. We were inside the tent providing extra bracing as the wind desired to relocate our tent. Then came the rain; inside and outside the tent. And it kept coming until we had waterfront views outside the tent. As a frogger, this is just what you want – lots of water around, but as a camper it’s the last thing you want; so you can see I was in two minds about the whole event! 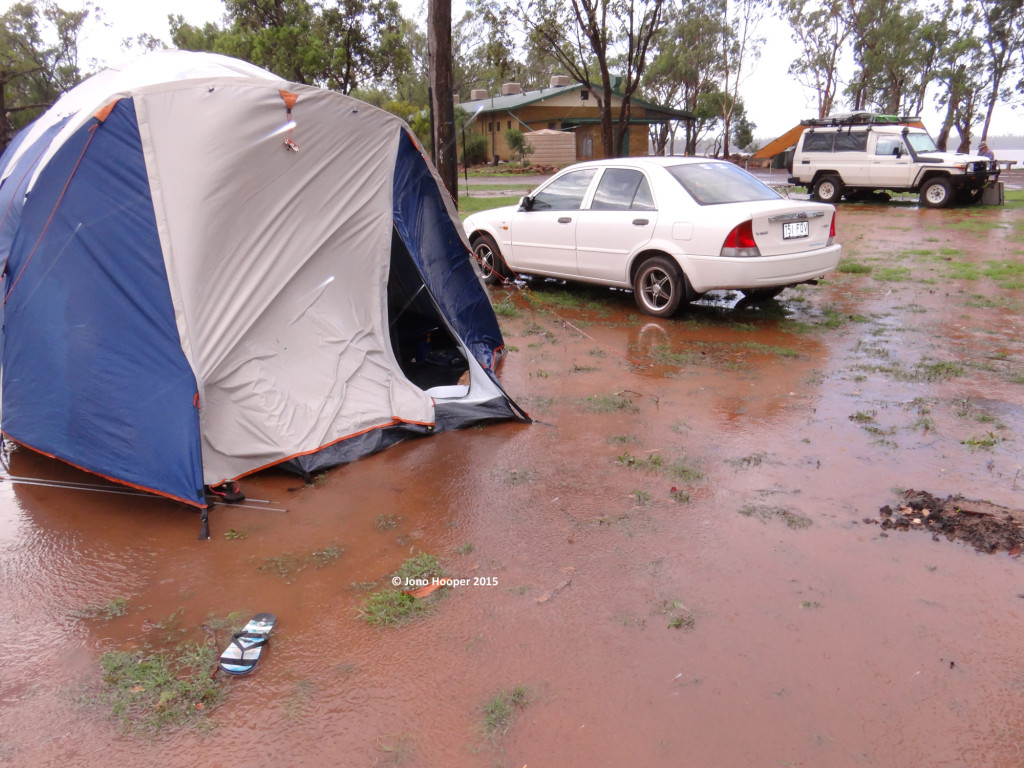 Our waterfront views. We clearly weren’t going to be cooking with fire that evening.

After eventually cleaning up from the storm and moving our tent to higher ground, we set out again in the Laser to discover water lying everywhere where just the night before it was dry. The frog calling was as expected more intense and I was even more adamant to find the Water-holding Frog (Cyclorana platycephala) and the Holy Cross Frog (Notaden bennetti).

We heard lots of Wrinkled Toadlets (Uperoleia rugosa) calling since the rain (another species to find off the list) and so after some patience we did find two of the little critters. 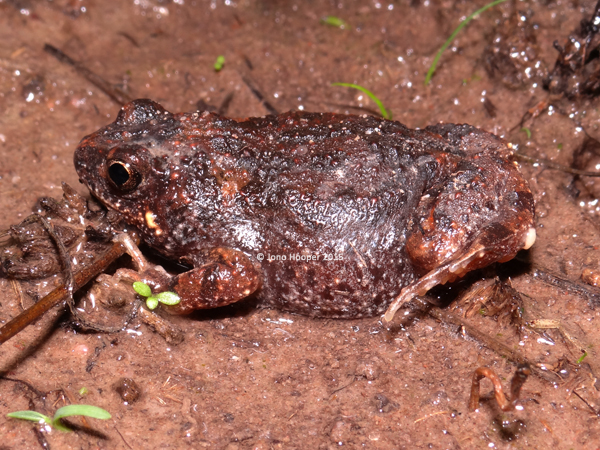 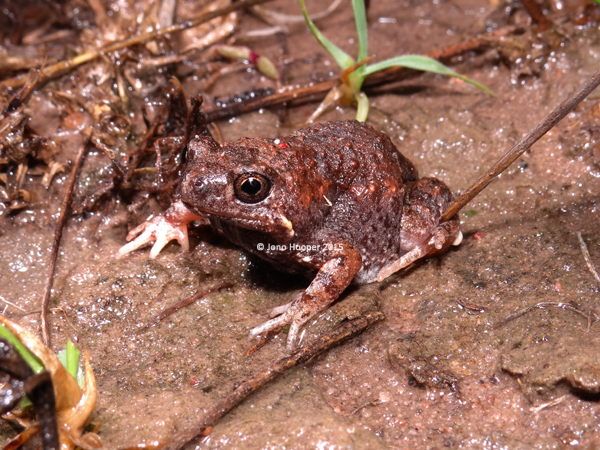 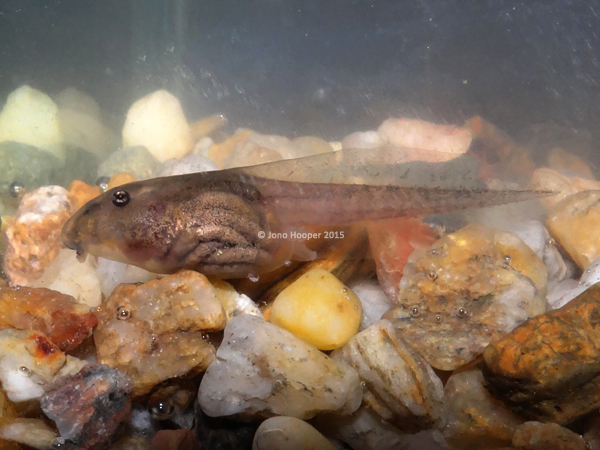 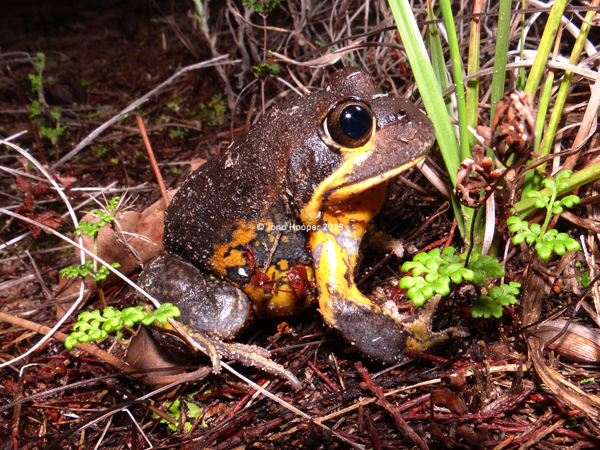 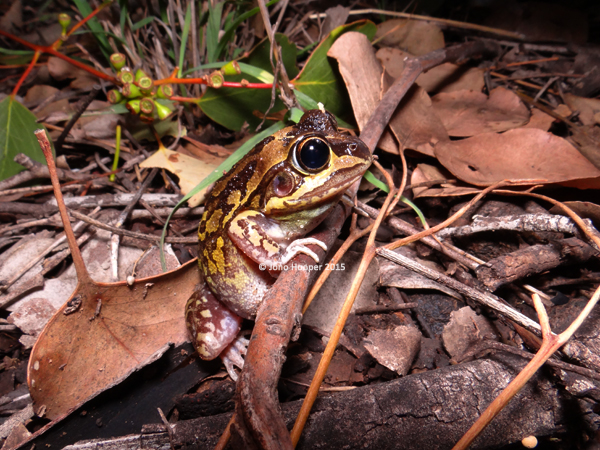 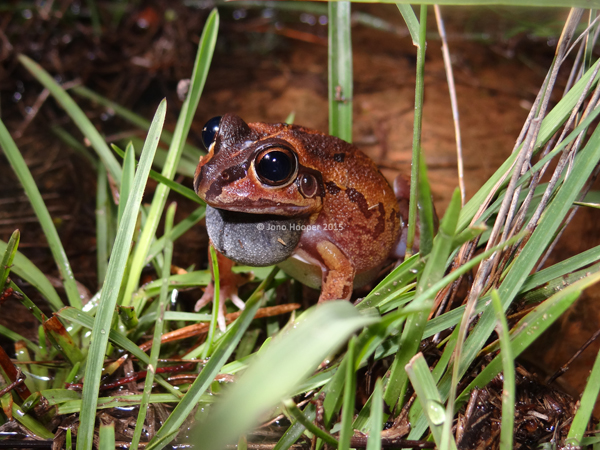 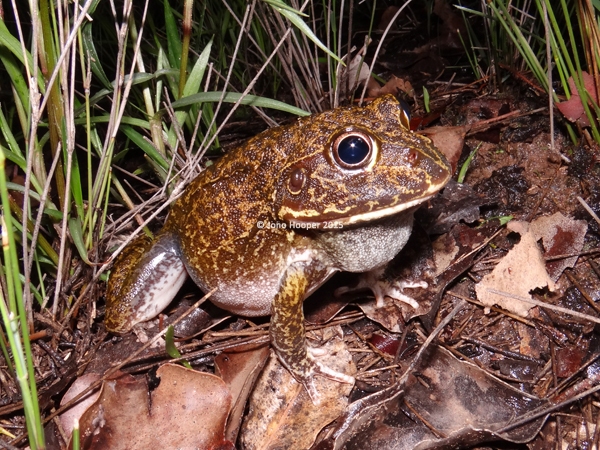 Despite not finding the final three species I had intended to find out there, it was a great trip to explore a part of the south-east corner I’ve never been to before nor experience the night life there.

2 thoughts on “More Darlings from the Downs”