Forgive me for using this pun/play on words a second time, but last night’s frogging experience is worthy of this title.

After 50-150mm of rain fell along the coastal areas of South-east QLD, the froggers among us knew the opportunity was too good to miss! I met up with Craig and Donna (who have accompanied me on previous frogging outings) and we went in search of frogs in Tewantin National Park. To our dismay, we found that the area really had missed out on the bulk to the rainfall during the day. There was very little pooled water lying around and only Cane Toads the size of small chickens sitting around. So, not to be put off, we headed 21kms up the road to Pomona in search particularly for the Green-thighed Frog (Litoria brevipalmata). These frogs only go into a breeding frenzy after such a downpour as we experienced.

Once we arrived at the particular site, we knew we’d hit the jackpot! It was a frog-frenzy, which indeed included the Green-thighed Frog. It was an incredible transformation as just 24 hours before I was at the same spot and only found a few small puddles and very few frogs. A day later and knee-deep water had covered the site! 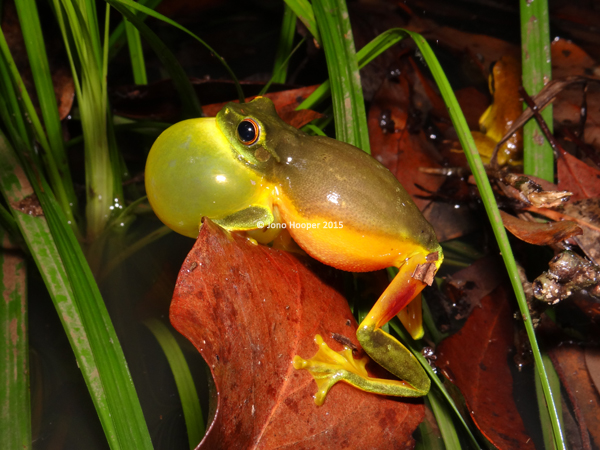 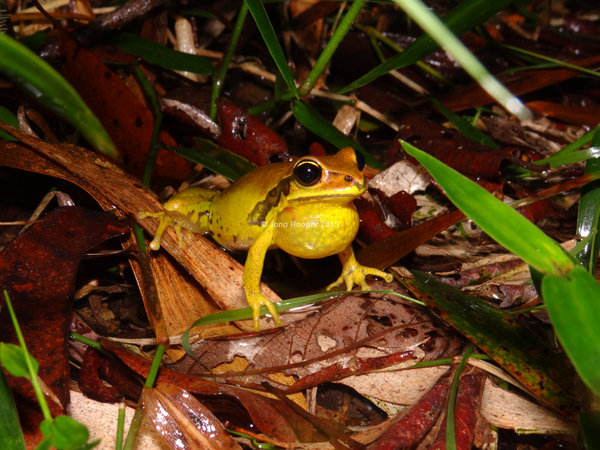 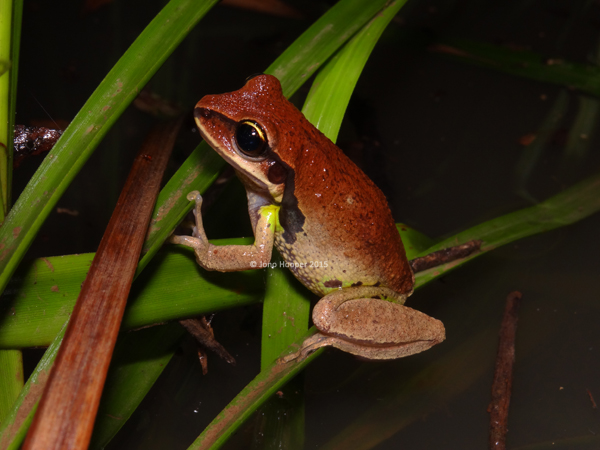 Green-thighed Frog (Litoria brevipalmata) female. The green colour in the thighs appears stronger than on the males. 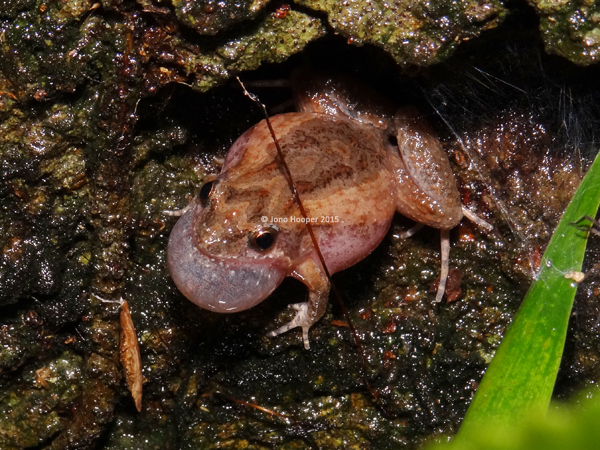 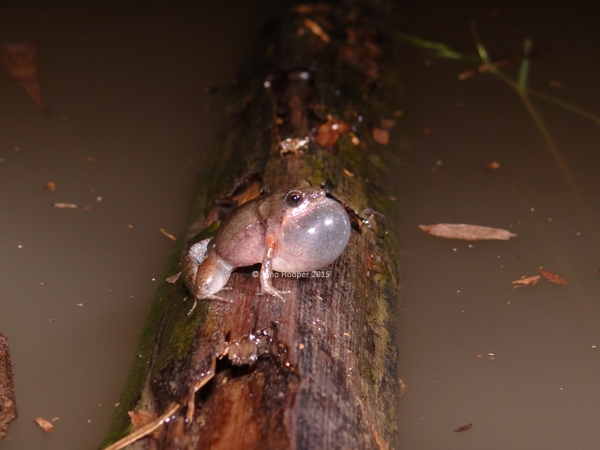 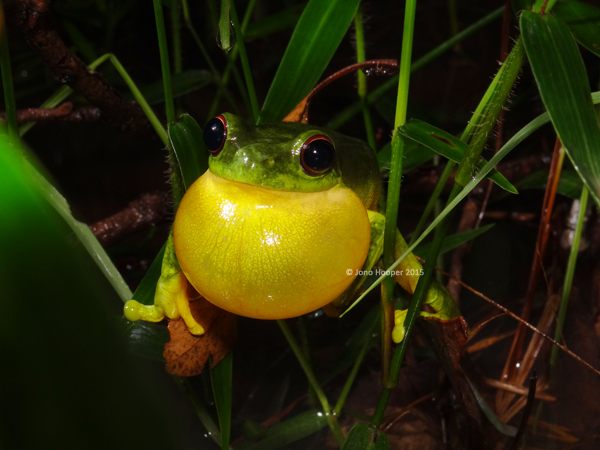 Southern Orange-eyed Treefrog (Litoria chloris). Usually found calling from rainforest streams and nearby ponds, this was one of the last frogs I expected to find in this dry sclerophyll forest with paperbark trees and very ephemeral pools of water. 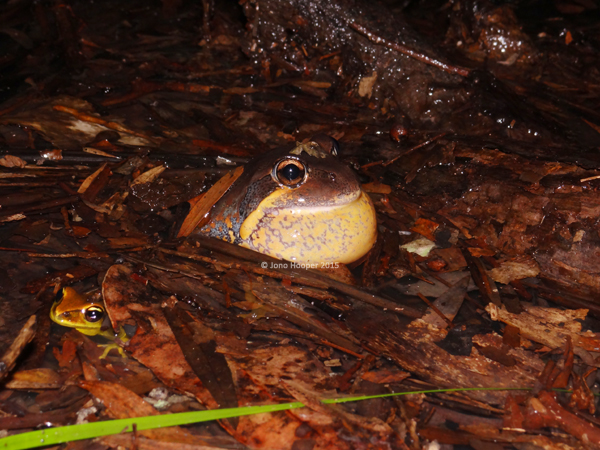 Scarlet-sided Pobblebonk (Limnodynastes terraereginae). Hearing and seeing this guy calling was worth filling my boots in knee-deep water, as they’re usually harder to find amongst dense vegetation. 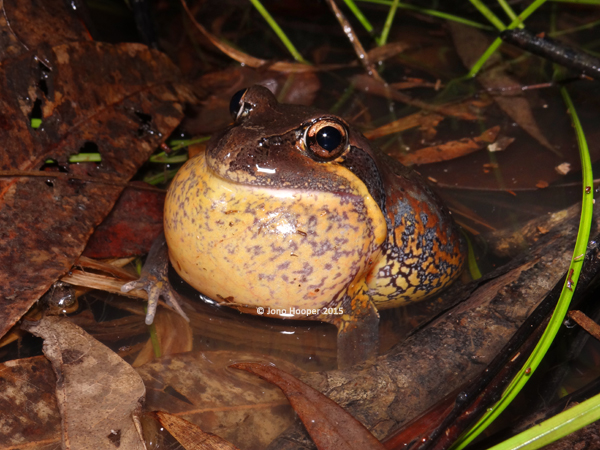 Scarlet-sided Pobblebonk (Limnodynastes terraereginae). Just gotta adore the scarlet colours showing on the flanks (side) of the frog here. 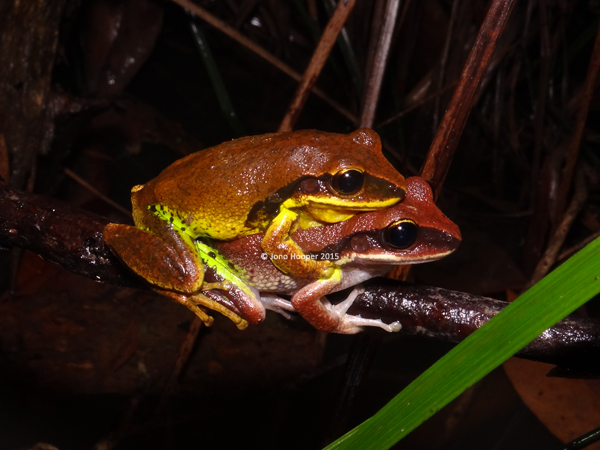 As I reminisced over the amazing frogs we’d seen tonight, it was a little saddening that some people will regret not getting out after the rain, whilst others never will appreciate what they’ve missed out on.