It has been some months now since I blogged my last frogging around photos, so to catch up I’ll let the photos do most of the talking.

This fellow was from the two unexpected large rainfall events during August. 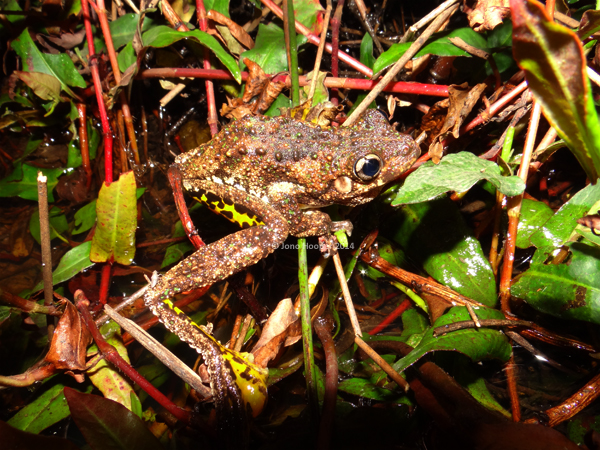 Several nights later I was joined by Matt up at Mapleton where we checked our a large artificial pond where Clicking Froglets (Crinia signifera) were in full chorus. 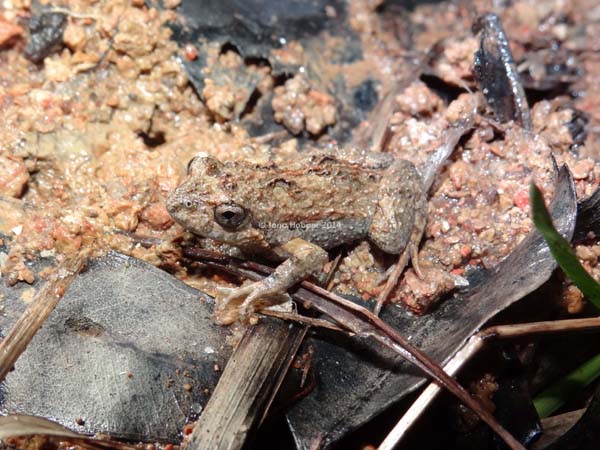 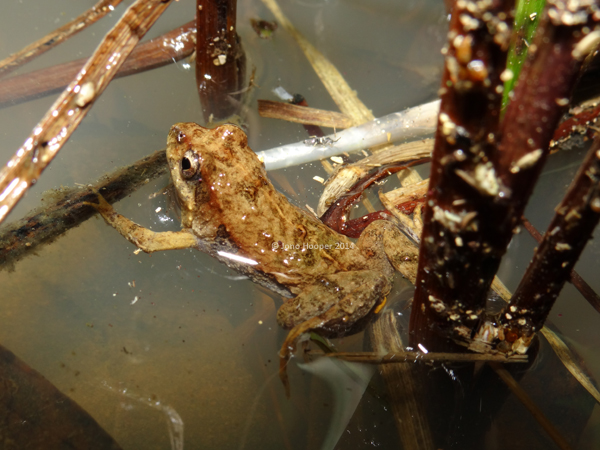 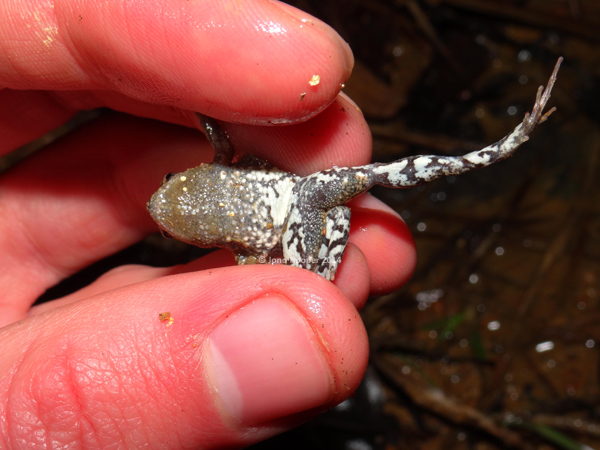 One of the jobs we are involved in as an environmental consultancy are frog monitoring programs along the stretch of highway between Cooroy and Curra. One of these sights never ceases to surprise each month we conduct our frog surveys. Despite little vegetation remaining along the creek, it is here I have seen my first Whistling Treefrog (Litoria verreauxi) (a winter breeder) calling from a sediment basin. Clicking and Beeping Froglets have also been found at the same site. 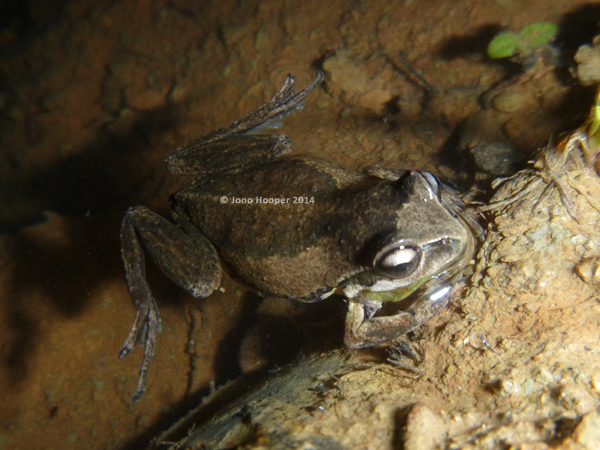 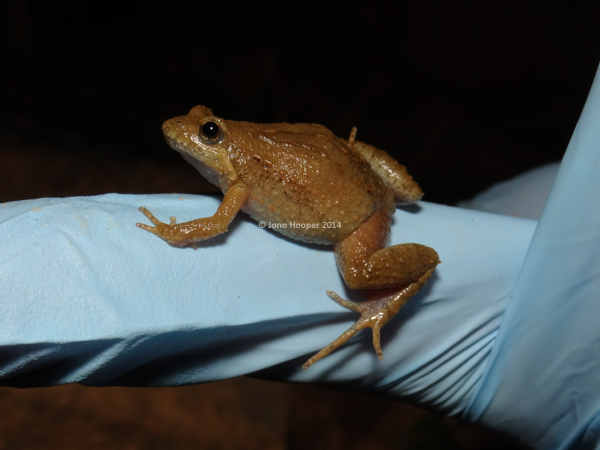 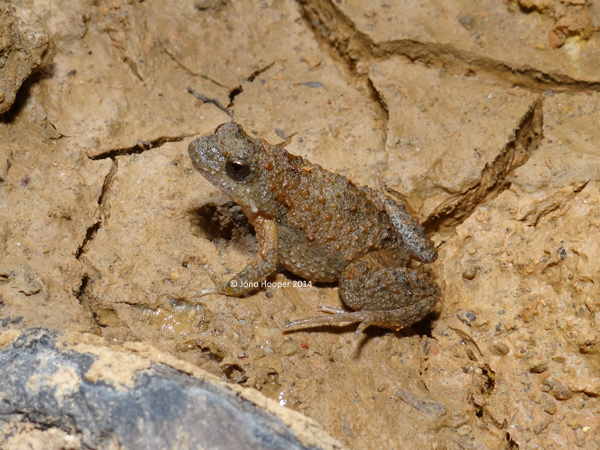 Then just recently, our most bizarre fine; a Stony-creek Frog on the back of a metamorph Great Barred Frog (in the amplexus position). Whilst it is not unusual to see Stony-creek Frogs on the backs of Cane Toads for example, this was a little more bizarre. 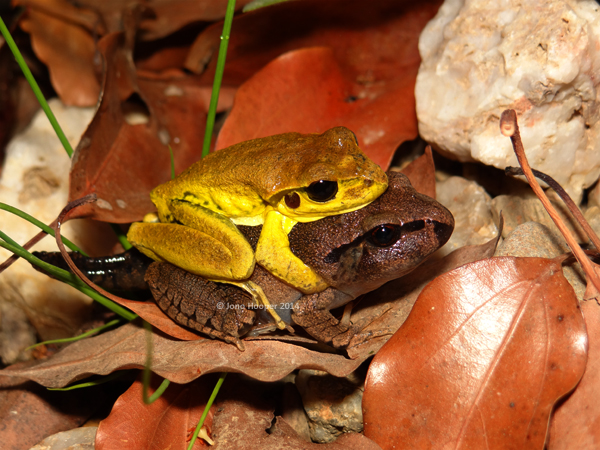 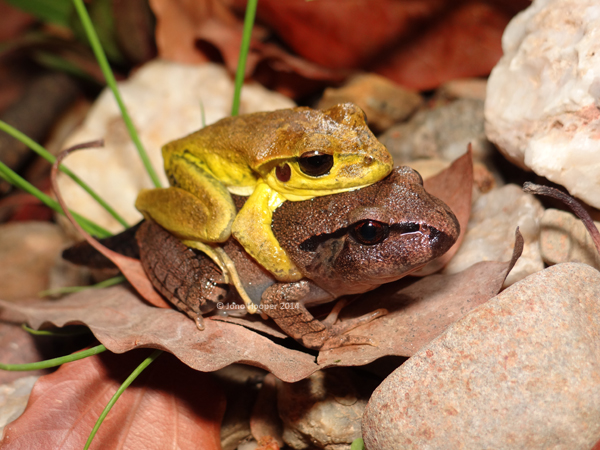 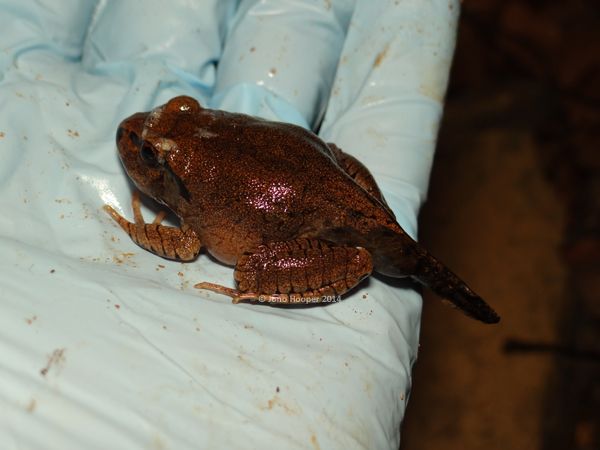 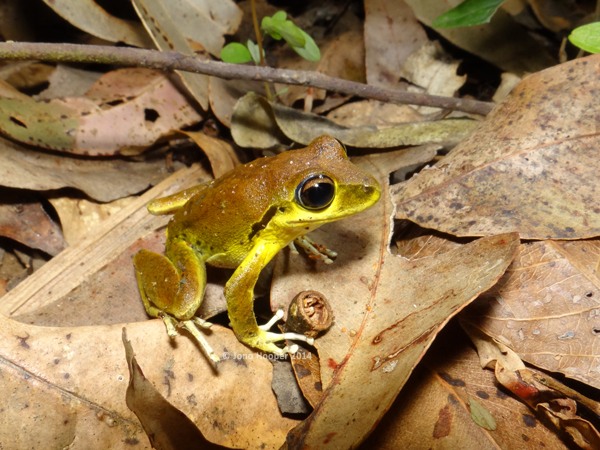 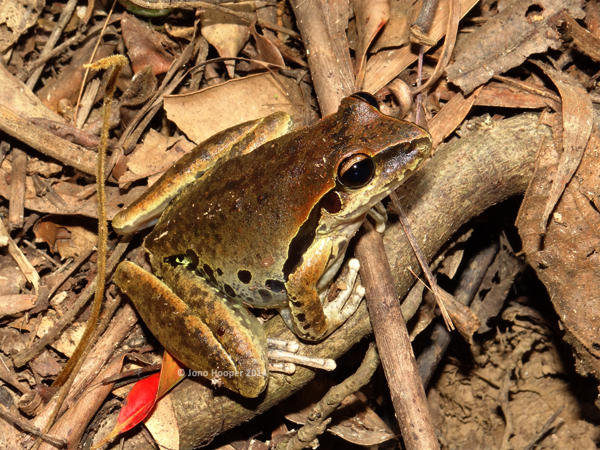 And the occassional sighting of a Tusked Frog ()Adelotus brevis), though they are frequently heard. 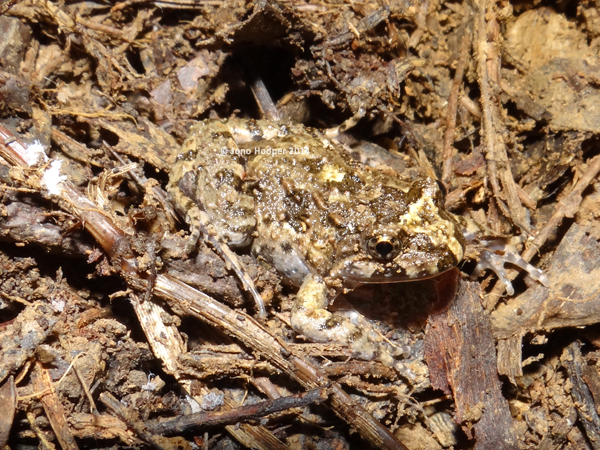 I’ve also found Giant Barred Frogs living along several of these creeks, of which required relocation before vegetation clearing could commence. 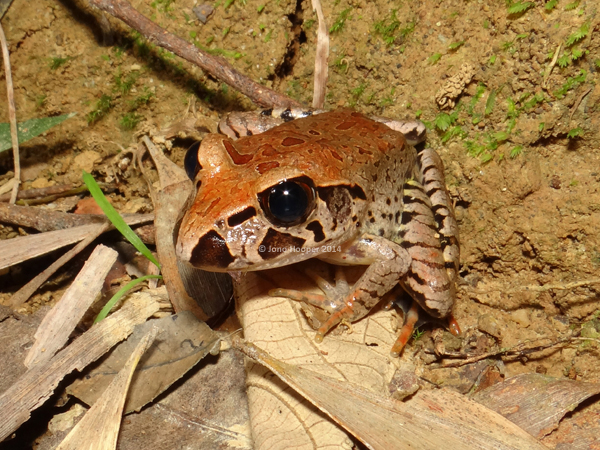 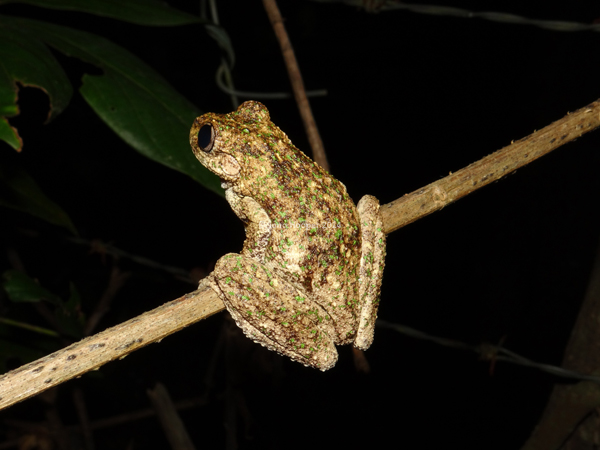 …and over 40 tadpoles that required translocation during creek dewatering that took place. That was a pretty amazing job to be doing on my birthday! 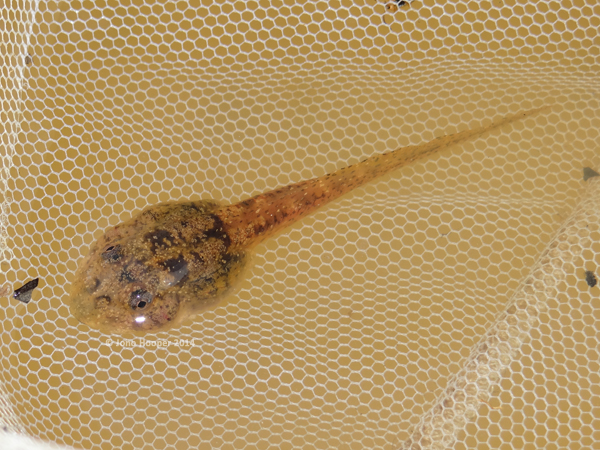 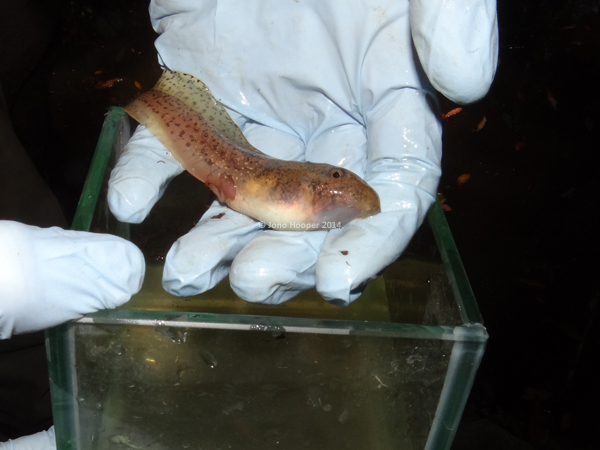 Early in September I visited a member of the QLD Frog Society Inc. of which I’m involved. Francis has been telling me she has heard Cascade Treefrogs (Litoria personiana) not far off from her back veranda at Buderim, sporadically over the last couple of years. Intrigued, I visited and was greeted by a dozen Eastern Sedgefrogs (Litoria fallax) calling from her two front garden ponds. Got some nice shots of these guys. 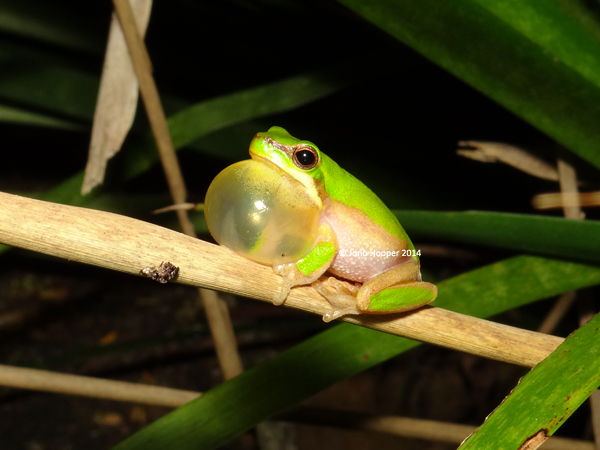 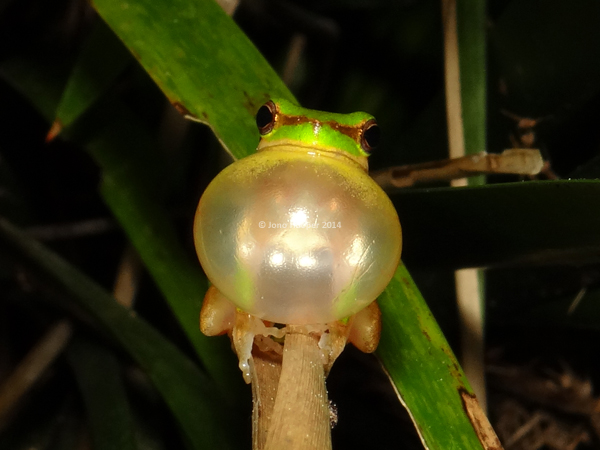 I then joined her down into remnant rainforest of which a road drain appeared to run into, and sure enough we heard and found two Cascade Treefrogs! I wasn’t aware they were still holding on in Buderim. 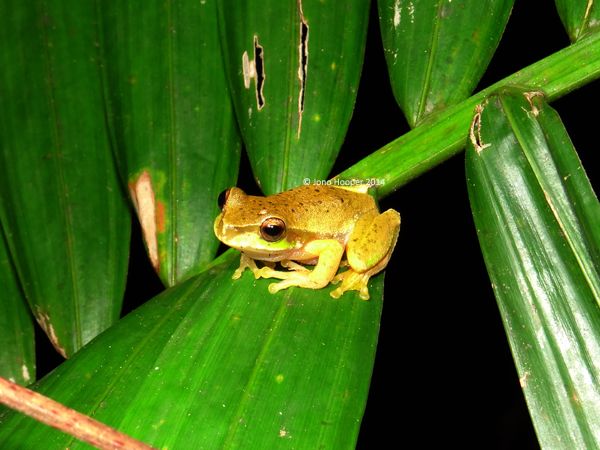 I also made another trip up to a large property in Maleny, where Bleating Treefrogs (Litoria dentata) abound around the house. 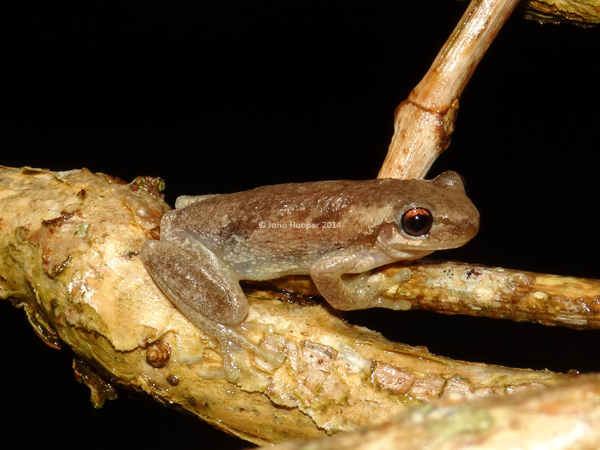 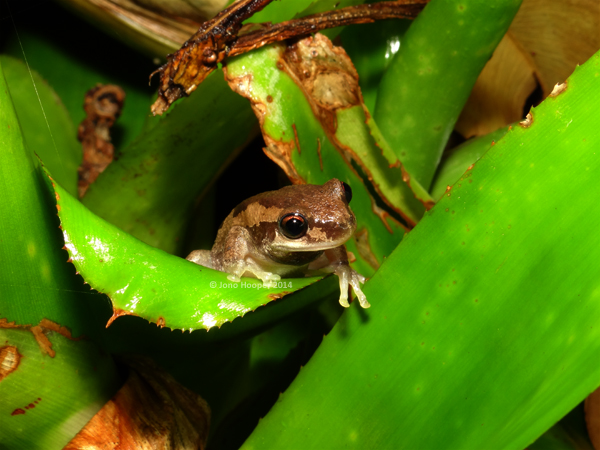 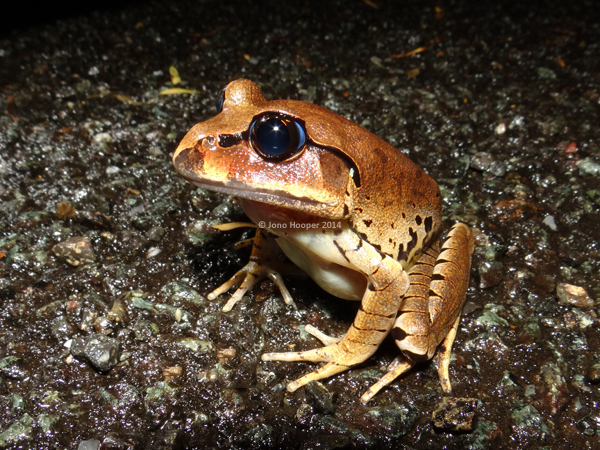 And so that concludes the last several months of frogging around!

One thought on “Pictures tell a thousand words”