At last…and just in time too

The cold weather is now well and truly here. But I have one final summer frogging around outing to post – of which I found almost a dozen of the Bleating Treefrogs (Litoria dentata), the species which has mostly evaded me for the last several years.

My mate Connor and I headed up to Maleny to go frogging at Arley Farm, featuring large green paddocks and an old dairy turned rural farm accommodation. Peter kindly drove us around the property in search of frog activity. I must admit I hadn’t expected to find much as it had turned rather cool and a dense fog had formed. The property is bordered on one side by the Obi Obi, of which may have the endangered Giant Barred frog still residing along its banks, as they are downstream.

First we began searching around the outside of the house and gardens – the safer option as the fences were electrified… And there I found one, two, three and more Bleating Treefrogs! I was expecting to find at least one as there are good populations of this species on the Maleny plateau. None of them were calling so getting a good photo was a little trickier as they were a bit timid, but nonetheless I got some shots. 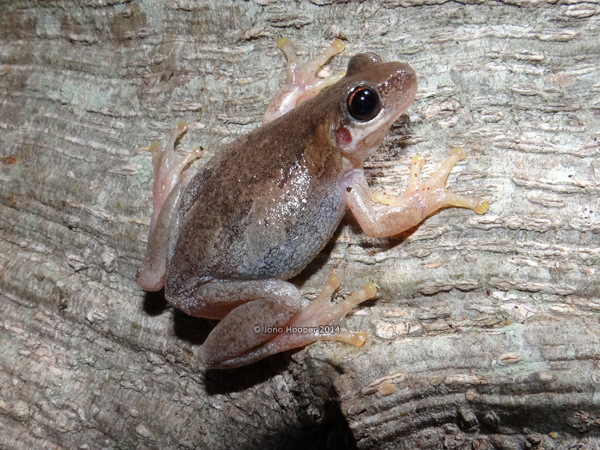 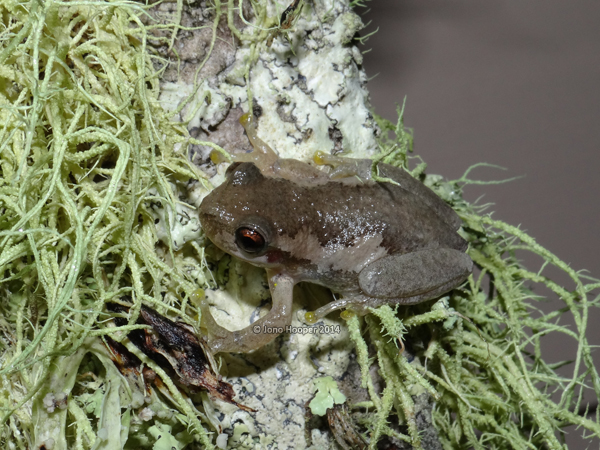 We also found the following 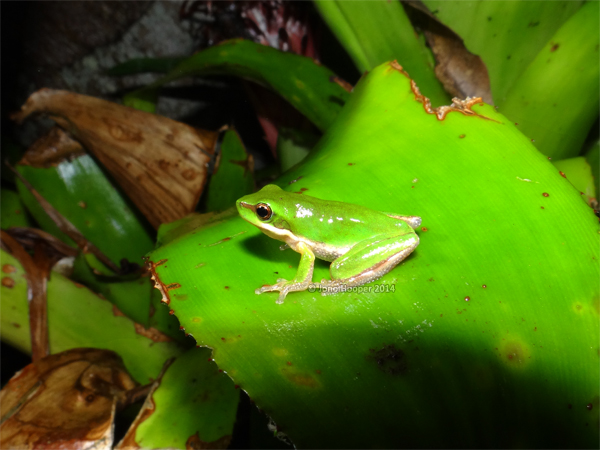 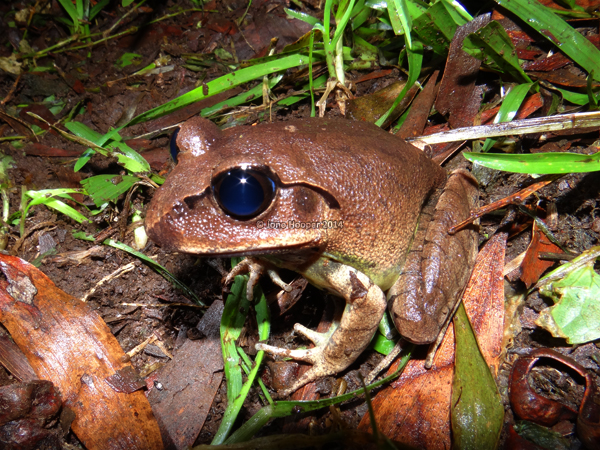 The other cool find of the night was this fella: 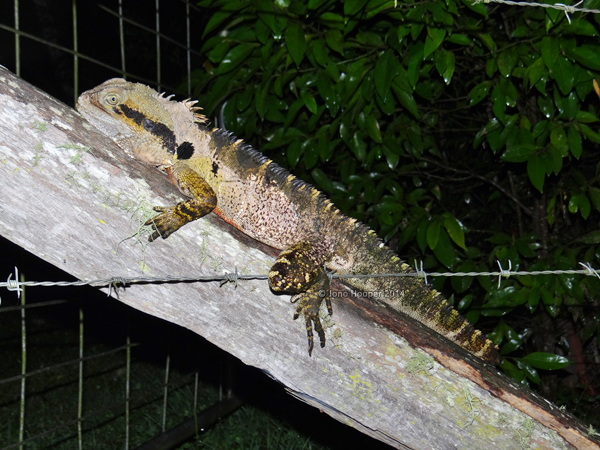 His size was impressive but that barbed wire doesn’t look so much! Of course this is a ‘common’ species but still a beauty.

We also heard several Clicking Froglets (Crinia signifera) calling from a soak but didn’t have the appropriate footwear with us to investigate further. We also searched a little down by the Obi Obi amongst some remnant vegetation, without luck. I’ll have one last look later in the year though.

It would be great to find one of the winter breeders this Winter so stay tuned!