I was invited to join Ed Meyer last Friday night, in the wake of the large downpour we received a day earlier. Ed was my co-supervisor during my Honours year in 2013 and has extensive knowledge of frogs and many other critters. Along with his personality, it is always great to spend a night frogging with him.

We returned to a reserve near Peachester, where as you may recall, Ed and myself collected baseline data late last year. This forest re-growth is home to many species, and frogs such as the Giant barred frog (Mixophes iteratus) (endangered), the Great barred frog (M. fasciolatus), Southern orange-eyed treefrogs (Litoria chloris), Cascade treefrog (L. pearsoniana), Stony-creek frogs (Litoria wilcoxii), and potentially the Australian Marsupial frog (Assa darlingtoni), of which our search was specifically targeting that night. 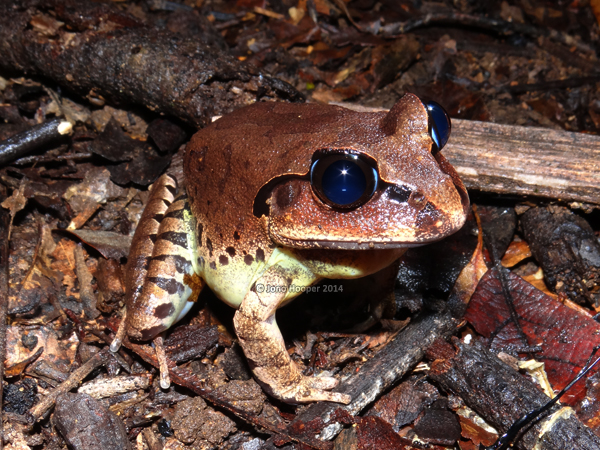 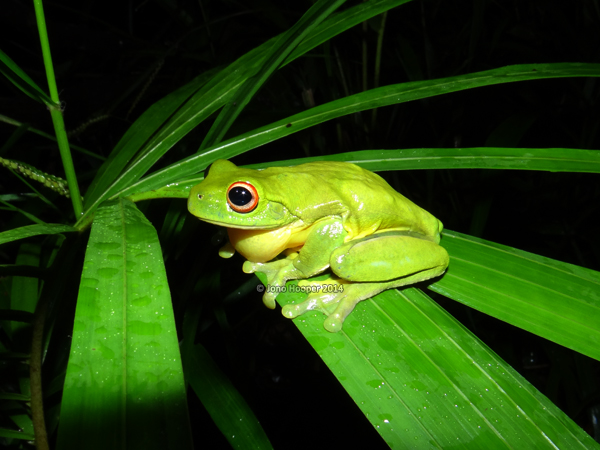 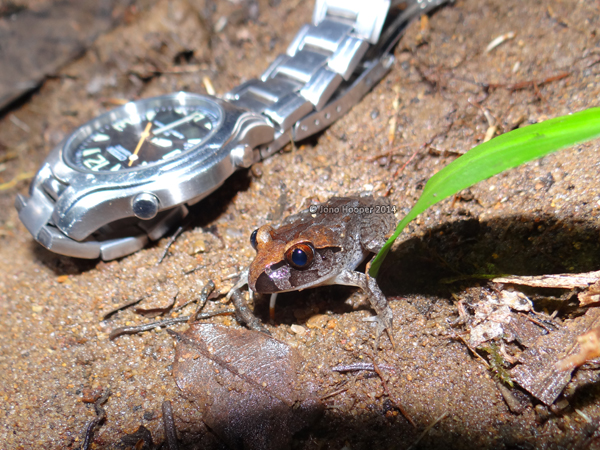 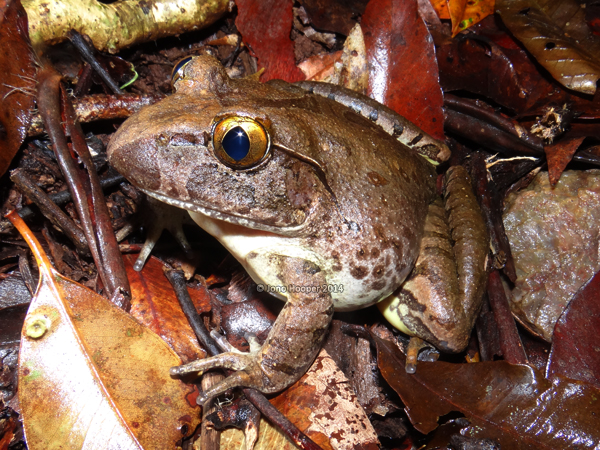 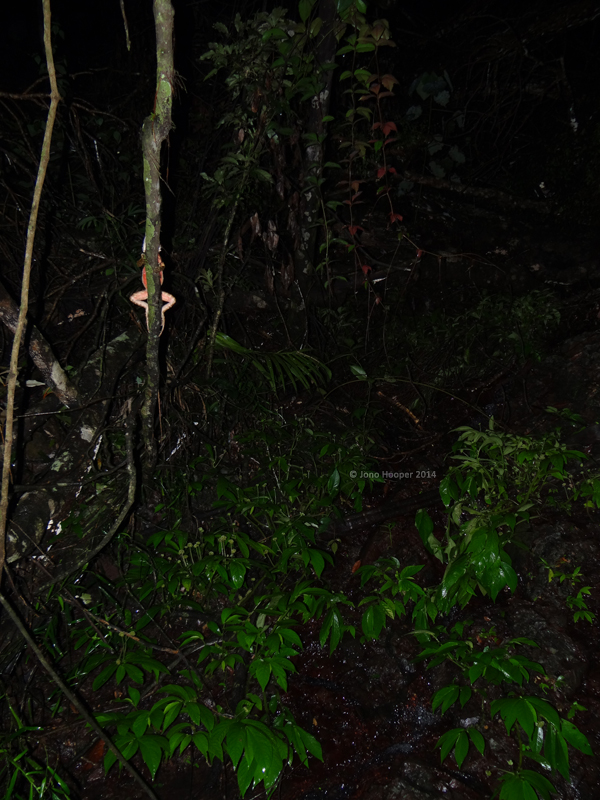 One of several small ephemeral waterfalls after Thursday’s drenching. Note the Eastern water dragon (Physignathus lesuerii), AKA ‘drop- dragon’ only noticed after the shot. 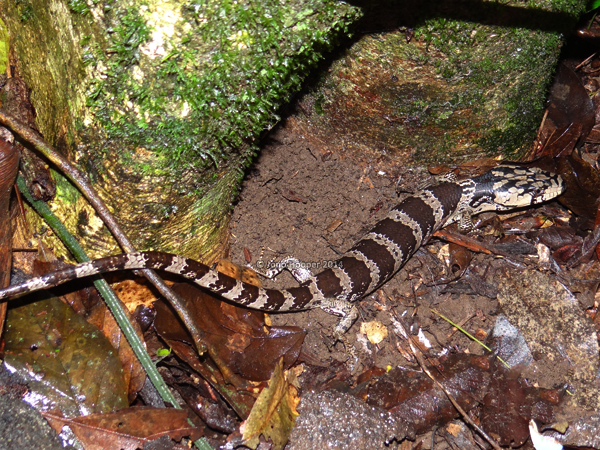 Despite further searching, we neither saw or heard any Australian marsupial frogs, a species which I’m yet to meet.

Following our outing there, I tagged along with Ed to Tewantin where he has been monitoring a population of wallum froglets (Crinia tinnula). A new (rather unnecessary) road, IMO, has been constructed right ontop of this frog’s habitat, hence Ed was involved with trying to mitigate the impacts of the road on these threatened frogs. Unfortunately, this was a great example of a failed attempt to reduce the impacts on this species. Fortunately though, a couple of wallum frogs were heard calling from their now rather reduced habitat.