Last Thursday night I was fortunate to score a lift out with Eva (MRCCC) to the peaceful township of Conondale for her final frog workshop and survey for the season (yeah, what season…?). We met in the community hall where Alan Wynn from Sunshine Coast Council was busily preparing our post-workshop BBQ (these BBQs of which are always a highlight). Almost a dozen local Land for Wildlife landholders in the area attended to learn about the plight of our local frogs and hear Eva make funny frog-like noises. Even though she presented the abridged version of her presentation, it was very informative.

Following Alan’s quite satisfying BBQ spread, Eva and I joined the convoy of cars to a nearby property, located by the headwaters of the famous Mary River. We were optimistic of finding the endangered Giant barred frog (Mixophyes iteratus) along a creek that flows into the Mary. We began at one spot along the creek and worked our way upstream a few hundred metres, and despite the cool temperature and deminished stream flow, someone had spotted a juvenile Giant barred frog! (my excuse for not finding it is my borrowed headlamp was too dim – honest!). 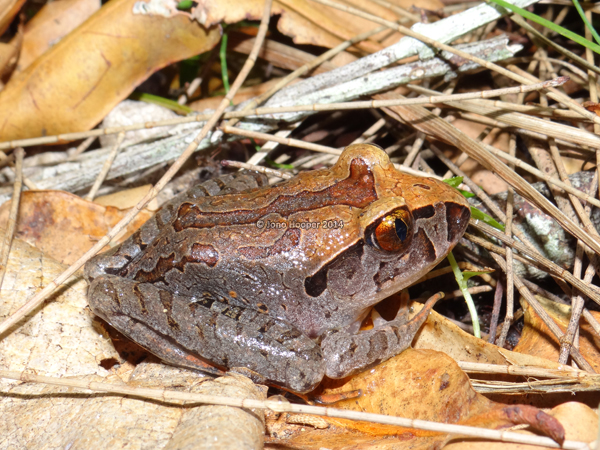 This find however did not satisfy some of us, who were after a huge female of the species. Some people are just hard to please…
Further searching revealed dozens of Stony-creek frogs (Litoria wilcoxii), the odd Striped marshfrog (Limnodynastes peronii) and Tusked frog (Adelotus brevis) 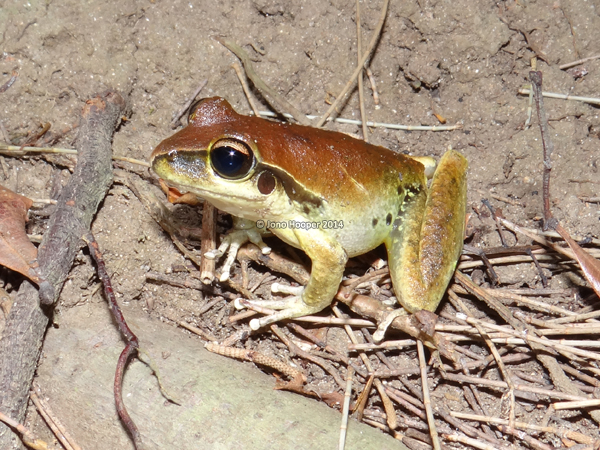 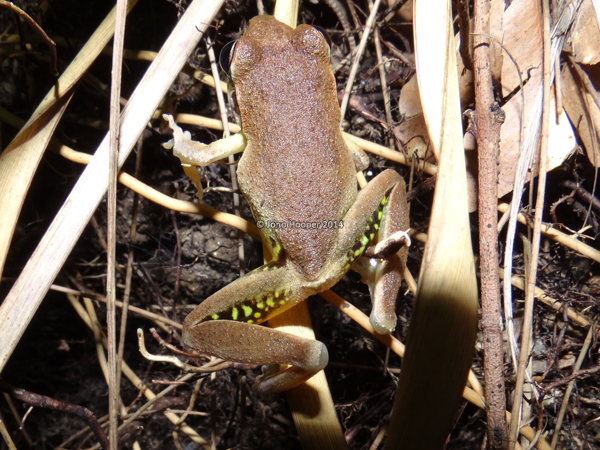 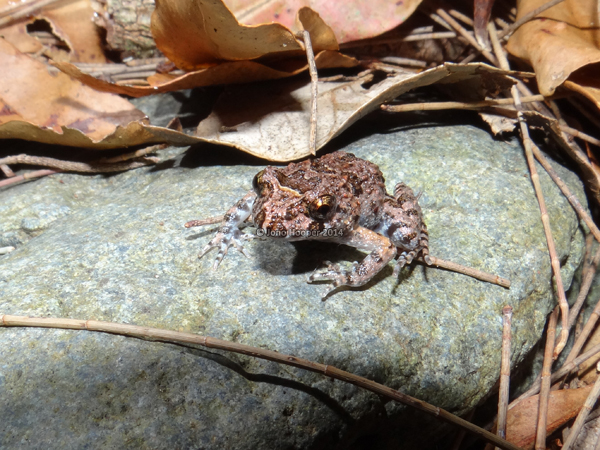 All-in-all we had a great night with several of the landholders vowing to return for another survey at the end of the year.