Ok, I lie; I’ve been on just a few frog monitoring outings lately, but this most recent trip yielded the biggest finds.

This wet season has been a no-show to date, as the quiet nature of the blog front suggests. Many frog monitoring nights have been called off as conditions are simply not favourable or even half-conducive to frog activity. In saying that, I have been out on a few nights; the best of which was last night at on a large property in Cooran, north of the Sunshine Coast. I went out with Eva Ford (MRCCC) and together with the land owners spent till midnight searching the banks of two creeks, where the endangered Giant barred frogs (Mixophyes iteratus) have been found upstream previously. I wasn’t aware that our chances of finding these frogs was actually rather high.

After 5 minutes of searching, I’d found our first M. iteratus. About 10 minutes later we found three juvenile M. iteratus. It is incredible how these frogs can tolerate such poor quality water as the stagnant water has been deteriorating over the last four or more months with barely any stream flow occurring. 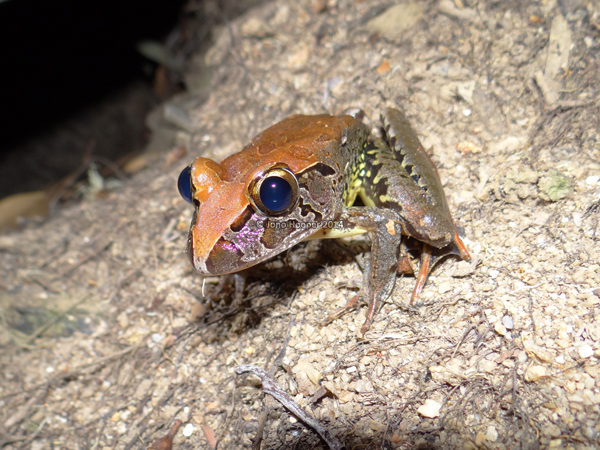 Other frog species we added to our list were Stony-creek frogs (Litoria wilcoxii), Striped marsh frogs (Limnodynastes peronii), Graceful treefrogs (Litoria gracilenta), Eastern sedgefrogs (Litoria fallax) and an unusually vocal (for the present conditions and location) Green treefrog (Litoria caerulea) plus cane toads (Rhinella marina). We also encountered two snakes; a brown tree snake and a rough-scale snake (of which I learnt how to ID the latter species from the harmless keelback snake). Good to see a fair few kangaroos in the paddocks, too. 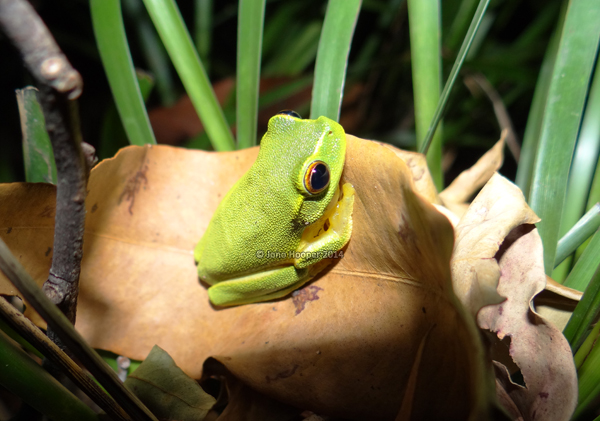 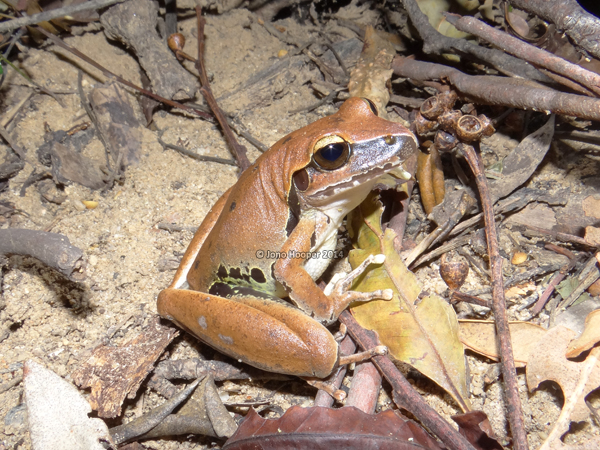 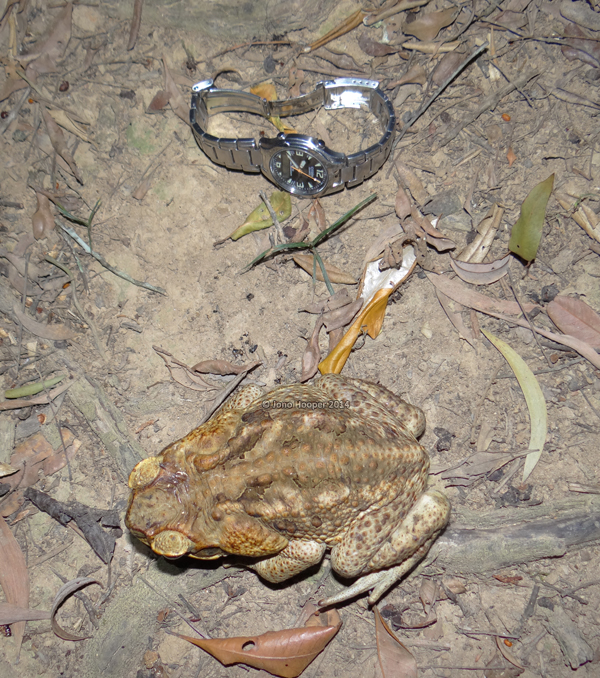 Cane toad (Rhinella marina), with my watch to scale.

Eva and I are usually challenging each other as to how many frogs we’ve found between us (juveniles score bonus points). I’m unsure as to last night’s winner, who receives the title ‘Chief Frog Spotter/Nutter’.