I can’t think of any other title that would do my recent frogging experience justice!

After becoming terminally bored over the last few weeks, I had to get out of the house and snoop around at night to see to what extent puddles had formed following the frequent storm activity much of SE QLD has experienced. Fortunately, David; a friend of mine also wanted ‘out’, so we headed out to a few spots where I thought we might find a bit of frog activity.

We headed to an area near Maroochydore Airport in Melaleuca/wallum bushland adjacent to an industrial estate, and sure enough, we could hear a distant chorus of several frog species. These were the graceful treefrog (Litoria gracilenta), striped rocketfrog (L. nasuta), naked treefrog (L. rubella), eastern sedgefrog (L. fallax) and the wallum froglet (Crinia tinnula), all calling amongst vegetation and floating leaf matter surrounding a large ephemeral body of water. 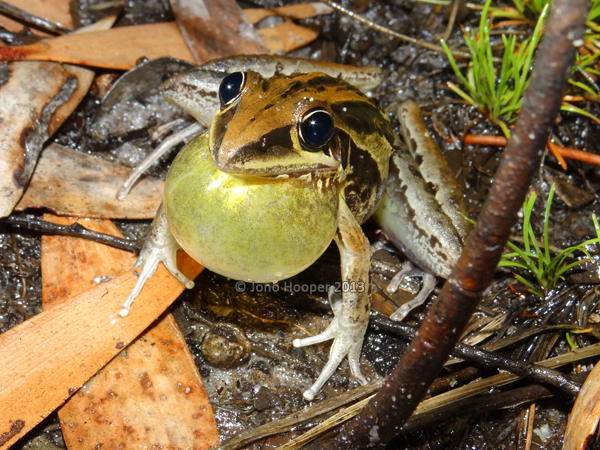 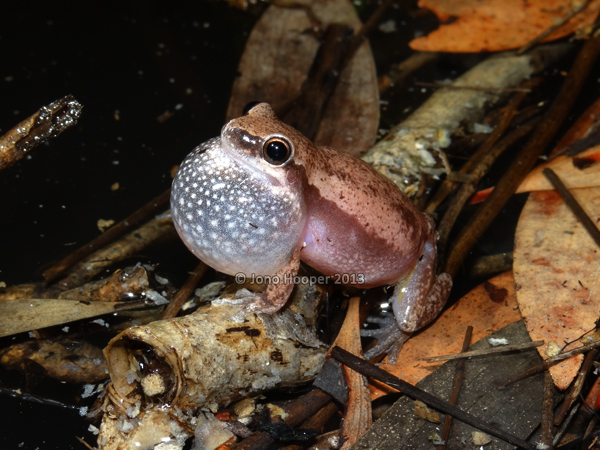 We also came across many cane toads (Rhinella marina) along the dirt track, which provided a good opportunity to familiarise David with differences between cane toads and native frog look-a-likes. 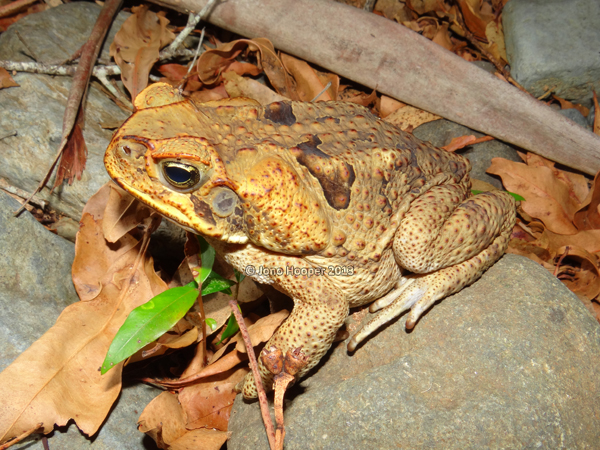 Cane toad (Rhinella marina). The large parotid gland behind the eye and distinct ridge at the snout are a few of the distinguishing features, as is the grey and white mottling seen on the stomachs of most cane toads. 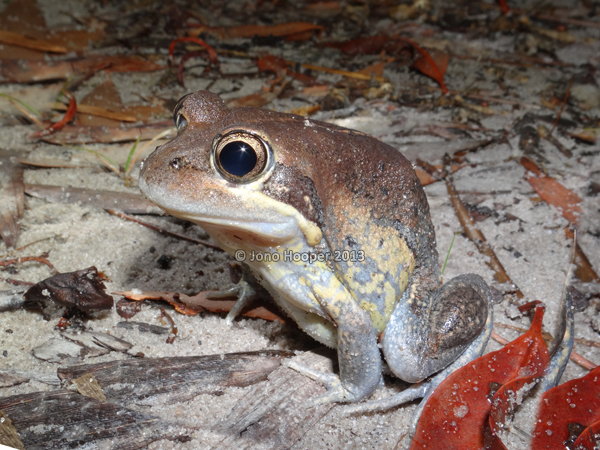 After visiting two other sites with similar frog life, we headed home.

Last night I met up with Ed Meyer, frog expert and my former co-supervisor during my Honours research project to begin frog monitoring at a new reserve purchased by the local council. Some sites within the reserve were more pristine than others, however each site contained it’s own little surprises.
It was a long night with many photos and call recordings taken, so I’ll just provide a summary in photos. 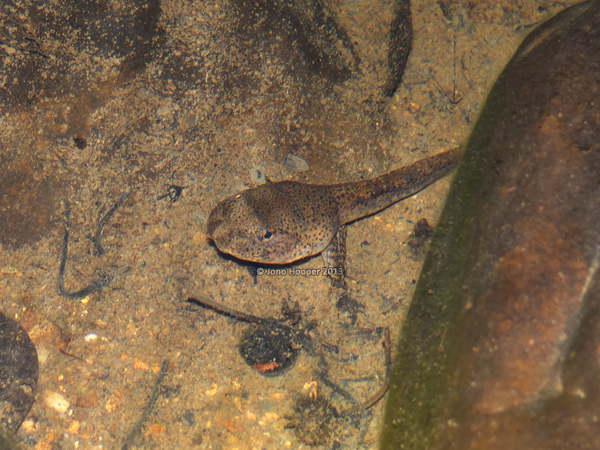 Giant Barred frog (Mixophyes iteratus) tadpole. There were dozens of these tadpoles at various stages of development at our first site, meaning recruitment of this species is very strong; a very positive thing considering this species in endangered! This tadpole already has the hind legs developing. 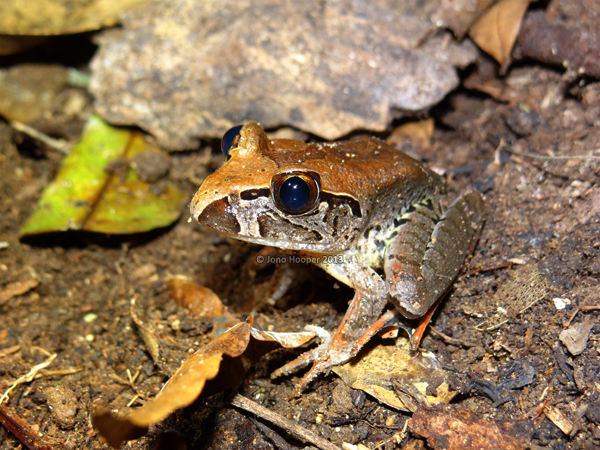 Giant Barred frog (Mixophyes iteratus) juvenile. We found at least a dozen juveniles at the first site, and several others at two of the other sites. 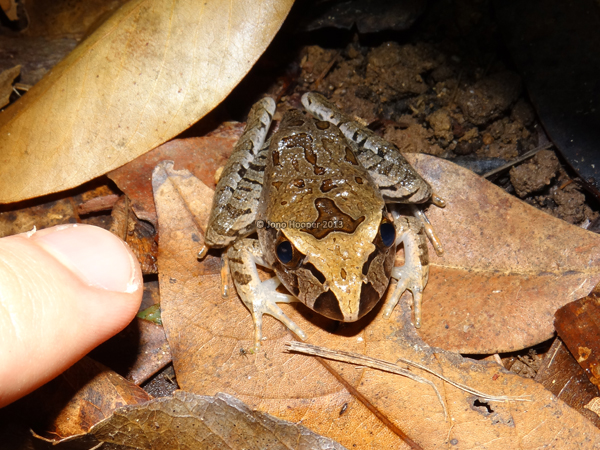 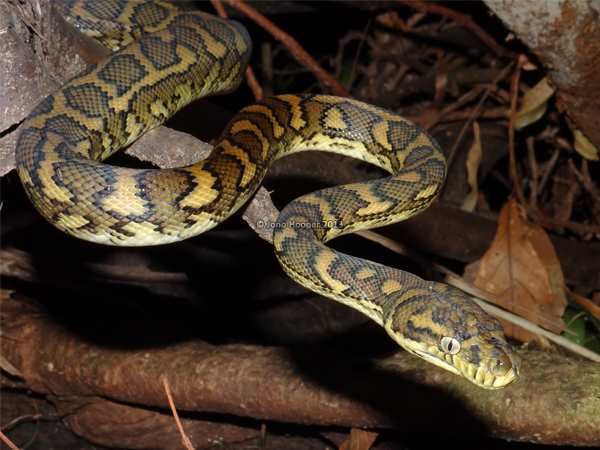 Carpet python (Morelia spilota mcdowelli). I rarely include reptiles on my blog, mainly because the few photos I do take of them aren’t any good. 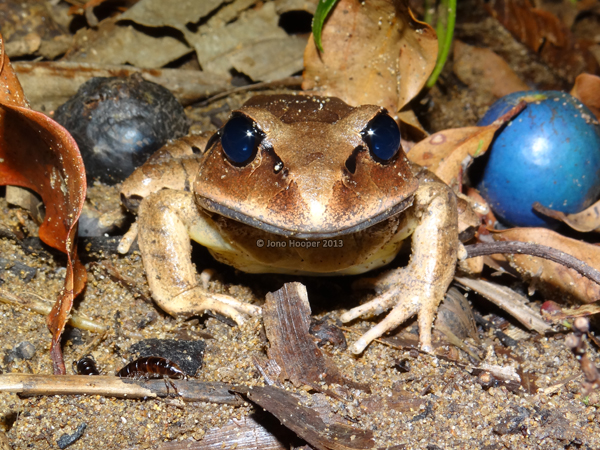 Great barred frog (Mixophyes fasciolatus), male. There were dozens of this species calling during the night, however capturing a photo of a calling male is near impossible because they appear quite sensitive to light. 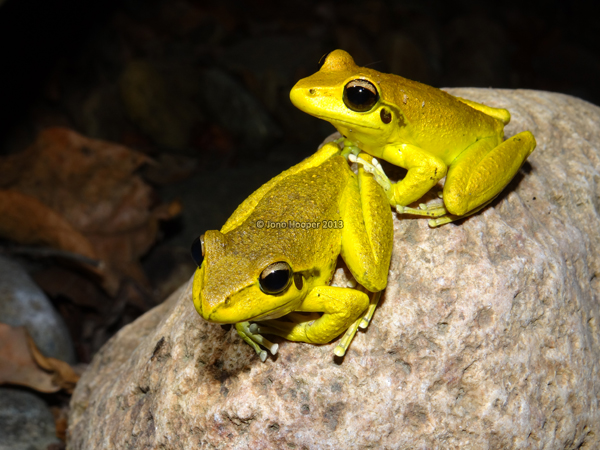 Stony-creek frogs (Litoria wilcoxii), males, chiling out together. Plenty of this species, but females were few and far between. I did spot one amplexing pair, which pleased Ed as he hadn’t yet a photo of this species in amplexus. 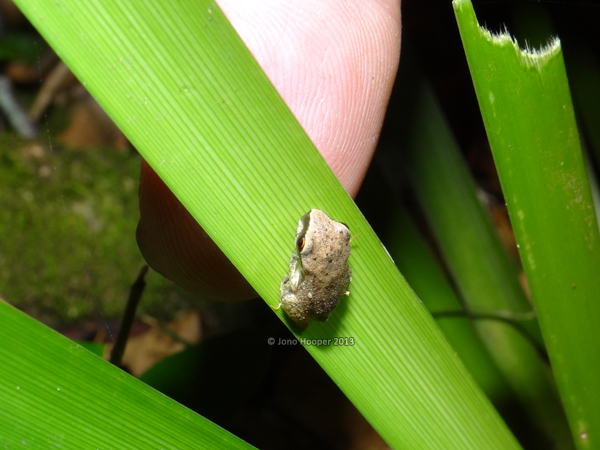 Cascade treefrog (Litoria pearsoniana), juvenile, thumb for size/perspective. We found a couple dozen of these recently-emerged frogs which was very cool. 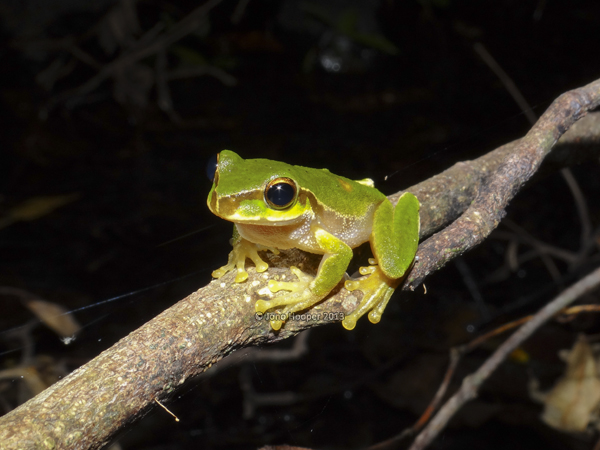 Cascade treefrog (Litoria pearsoniana), female. Males were calling and the females appeared to be lured to their calls. 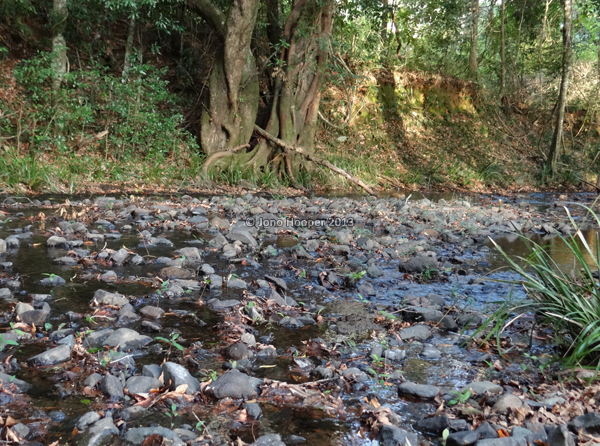 This stream, adjoining a cow paddock, typically would support most of the frogs we found during our monitoring.

As I finish this post, I’ve received another invitation to go frogging on Thursday, so stay tuned for that one!