A Great Week on the Frog Front

This week began with the day I’d been working towards the entire year – submission date of my Honours thesis! Despite the many hiccups throughout the year, I was able to cross the finish line – though not without the help and support from so many people who have been acknowledged.

A day or two later, the first storms rolled in – which I’d been waiting a good month for. Despite not living up to their looks, and earlier warnings, the eight or so millimetres we received was enough to get some frogs out – and froggers too! I travelled up to Mapleton to the property of my former high school teacher; Ken, to venture through his yard. Some people are fortunate enough to have Great barred frogs (Mixophyes fasciolatus) hopping through their yard, whilst listening to the calls of Southern Orange-eyed treefrogs (Litoria chloris) from a pond in the neighbour’s yard. Once again, the Bleating treefrogs (Litoria dentata) played hard to find, nor did they call. However, whilst we’d usually find cane toads out the front of our property boundary, Scarlet-sided pobblebonks (Limnodynastes terraereginae) and Great barred frogs were found along his dirt road. It occurs to me there is a distinct class difference here from most of us lesser fortunate folk, with regards to frog diversity here. 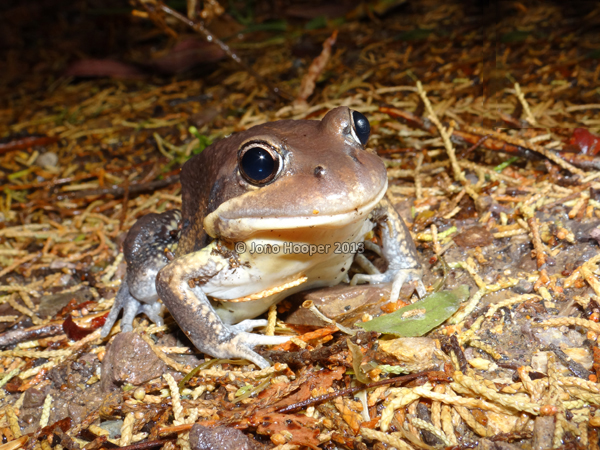 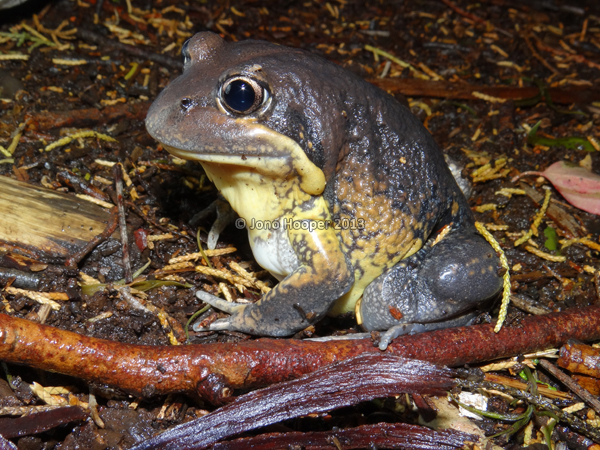 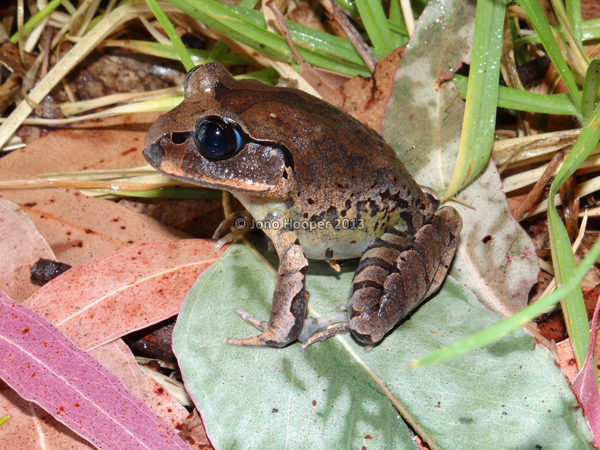 After returning to my car, I realised the upper-class residents have a different problem to deal with than we do. This is beacause whilst driving back along the road to Mapleton town, I had to avoid driving over about half a dozen Great barred frogs on the dirt road, whilst cane toads (Rhinella marina) were few and far between!

Two nights later, I re-united with Eva Ford from the MRCCC (Google the name). I was last frog monitoring with her back in January of this year (whilst on work experience there), so I was looking forward to catching up with her and visiting some of her top monitoring sites where Giant barred frogs (Mixophyes iteratus) are often found.

It turned out to be a great night for Great barred frogs, who were constantly in conversation at two sites, whilst the Giant barred frogs could not be found, nor heard. I did find a monstrous cane toad though, and we heard and found a few Cascade treefrogs (Litoria pearsoniana) later, too. 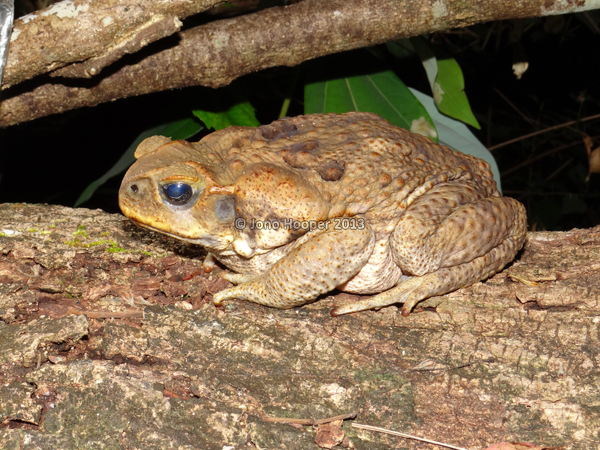 It wasn’t until the third and fourth site that we found the Giant’s, albeit only three, including a juvenile. 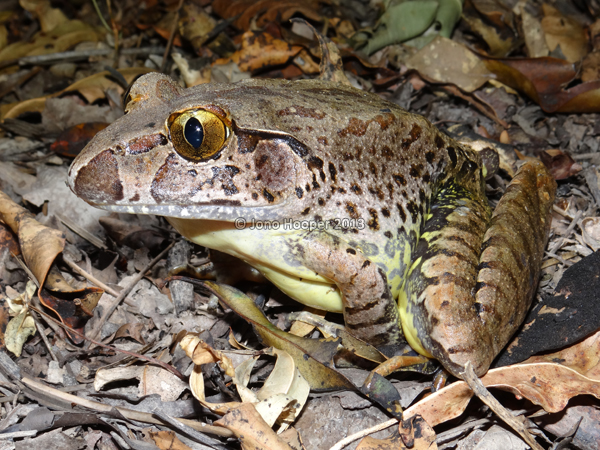 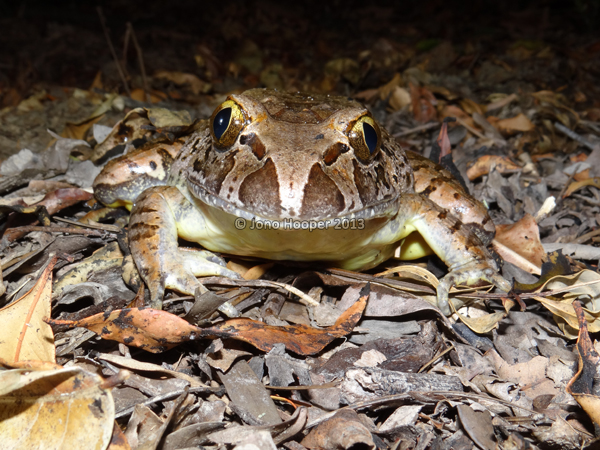 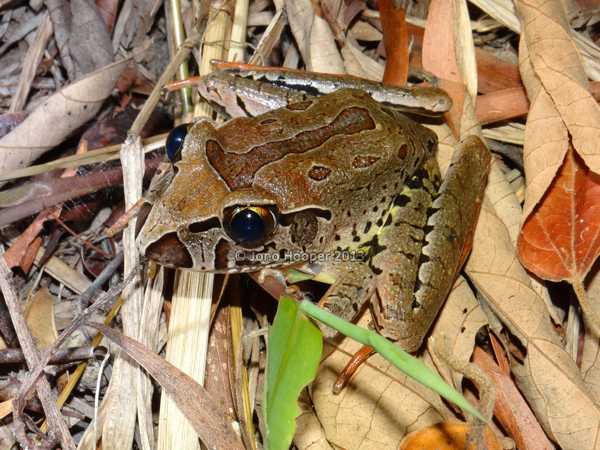 It was about 1 am by the time I got back home, which is to be expected after monitoring four sites! I’m anticipating how much longer the night will be when we return in January after some rain