I’ve been pretty busy frogging around the Sunshine Coast, from East Kilcoy to Witta to Coles Creek!

On Tuesday I caught up with a former high school teacher of mine, Ken (a passionate birder who I’m working on converting to frogs) and we traveled to Rowena’s property at Witta to explore down at her creek. (BTW, it was not my fault we got lost on the way, despite whatever stories you might hear to discredit me). Ken had been eagerly waiting to finally see and hear a cascade treefrog (Litoria pearonsiana), and we were not disappointed. Also present were dozens of stony-creek frogs (Litoria wilcoxii) and tusked frogs (Adelotus brevis). Rowena has done a fair bit of re-veg on her property and it is looking quite nice. 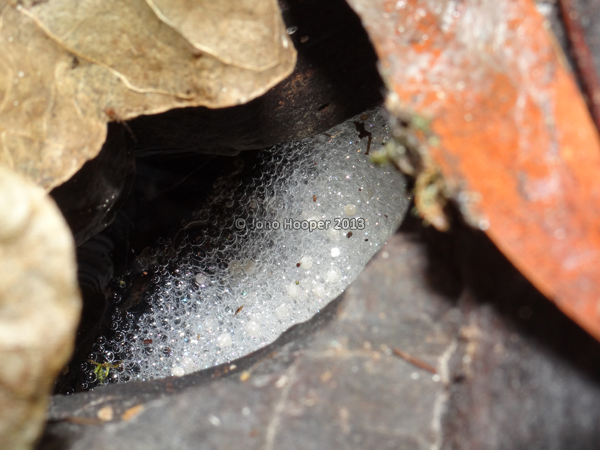 Ken and I then traveled to a creek near Lake Baroon dam as I was keen to investigate what frogs may inhabit the canopy covered waterway. We heard/found great barred frogs (Mixophyes fasciolatus), tusked frogs, stony-creek frogs and once again, cascade treefrogs which was a nice find. Unfortunately we could see nor hear any giant barred frogs (Mixophyes iteratus), which I’d been hoping we’d find. 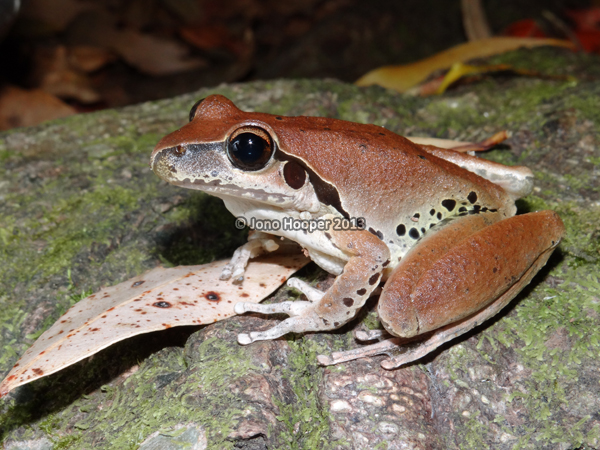 Back at Ken’s property (adjacent to Mapleton National Park), we tried finding the elusive bleating treefrogs (Litoria dentata), as I’ve been eagerly waiting to finally see one. Usually his property is almost crawling with frogs, so he tells me as I try and conceal my envy, though weather conditions weren’t favourable on the night. I’ll be sure to be back up at Mapleton next shower of rain.

On Thursday night I again joined Rowena and Lesley on the hour and a half challenging drive out to East Kilcoy Creek (thank goodness it hadn’t been wet…). On arrival, the southern orange-eyed treefrogs (Litoria chloris) were calling for girls, as too were the great barred frogs and cascade treefrogs! We found many of these, and further up stream I had another encounter with the elusive and endangered Fleay’s barred frog (Mixophyes fleayi). He was barely whispering his call so I don’t know how on earth he thought we was going to attract any females. Once again, after intense searching, we could not find him. Good to know he’s there at least. 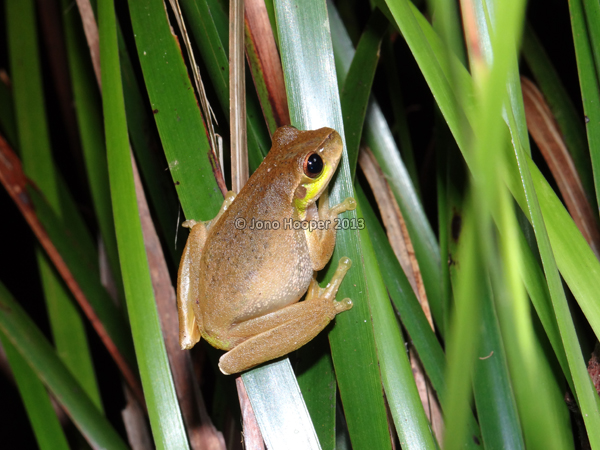 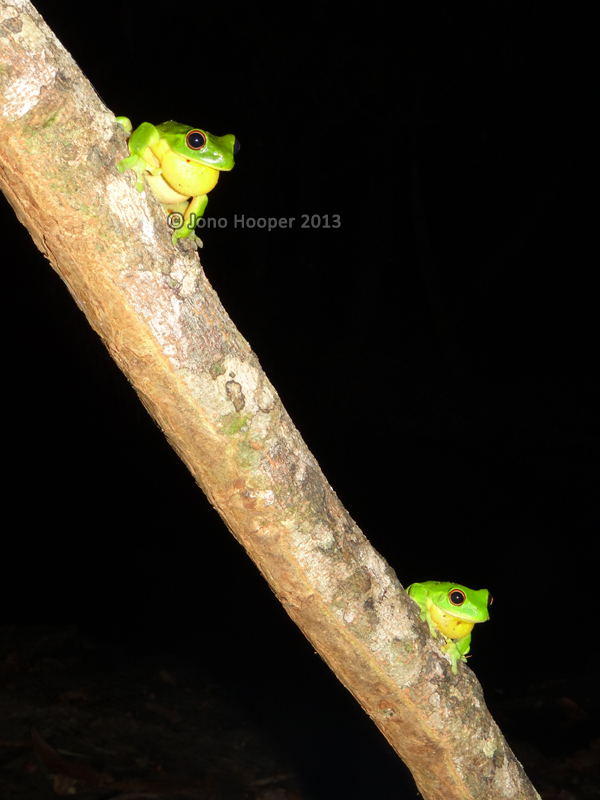 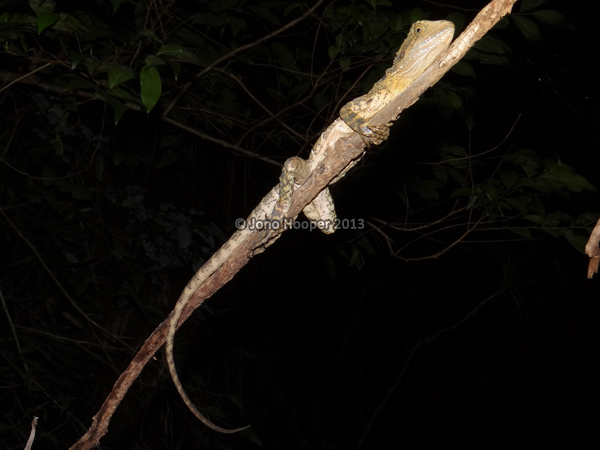 Then last night I traveled up to Coles Creek and finally met fellow frogger and blogger, Ashley Keune – the guy behind www.keuneafrogs.blogspot.com.au. He too has a property I’m rather envious of, as in wet season you’re likely to find 15 species calling away beside creeks, dams or throughout flooded paddocks. Despite the dry ground, we still managed about seven frog species which was nice. 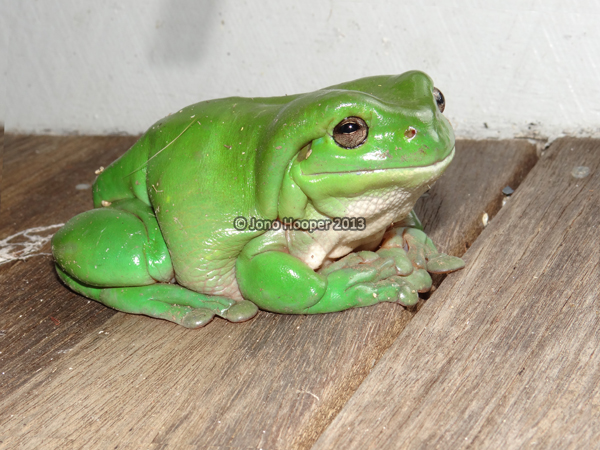 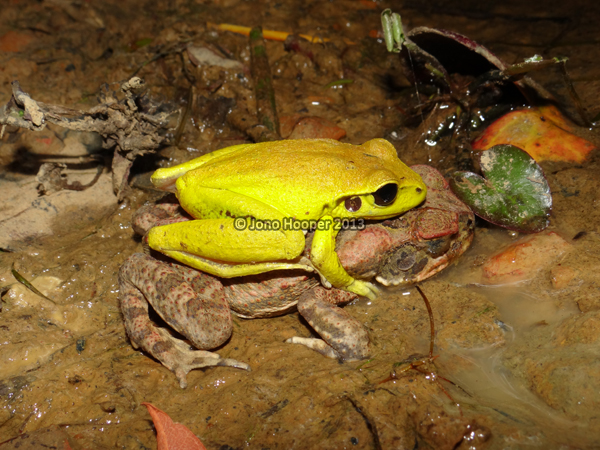 Stony-creek frog (Litoria wilcoxii) and a cane toad (Rhinella marinus) in amplexus. They say there are strange things around Gympie…

The final frog find was in a paddock where we encountered about five juvenile spotted marshfrogs (Limnodynastes tasmaniensis), a species I’ve only seen once before and are not frequently found. This was the first find of this species on Ashley’s property too, an addition to the 20 or so he’s already found there. 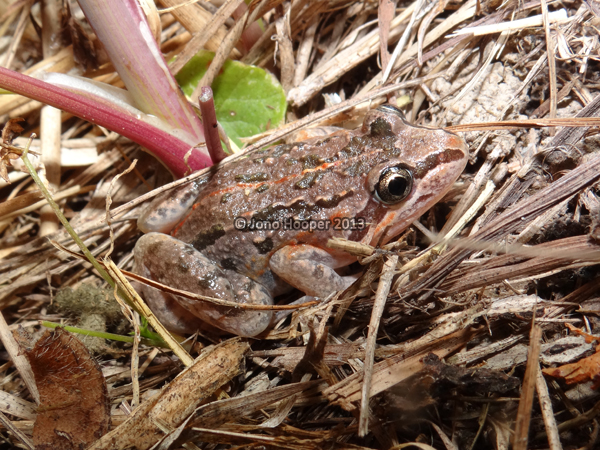 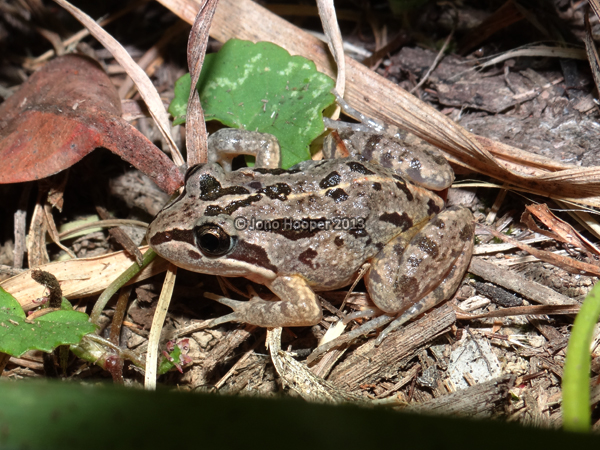 Gosh, the life of a frogger hey?