It had been a year since I was last in Conondale National Park and I was eagerly awaiting returning to the biodiversity hotspot! 40mm of rain earlier in the week added to my anticipation of what the frog life would be like whilst surveying with Queensland Parks and Wildlife Rangers; Rowena and Lesley. After negotiating the rutted dirt track to Booloumba Creek, we were not disappointed.

We heard and found many species along the creek – Great barred frogs (Mixophyes fasciolatus), Giant barred frogs (Mixophyes iteratus), Cascade treefrogs (Litoria pearsoniana), Tusked frogs (Adelotus brevis), Southern orange-eyed treefrogs (Litoria chloris) and, despite not finding any, the Australian marsupial frogs (Assa darlingtoni) were calling constantly. Rowena said she’d never heard so many calling before – at both monitoring sites. I’m yet to see this species, but was very pleased I heard and recorded their calls (see the Gallery page of the website to listen). Unfortunately a wanna-be storm overhead ended short our first monitoring, so we moved to the second site at Bundaroo Creek. 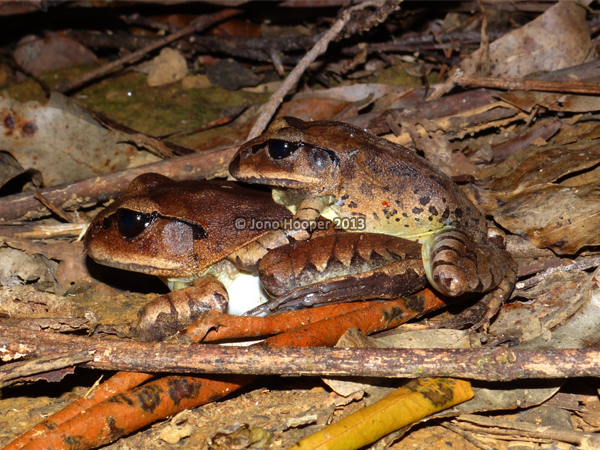 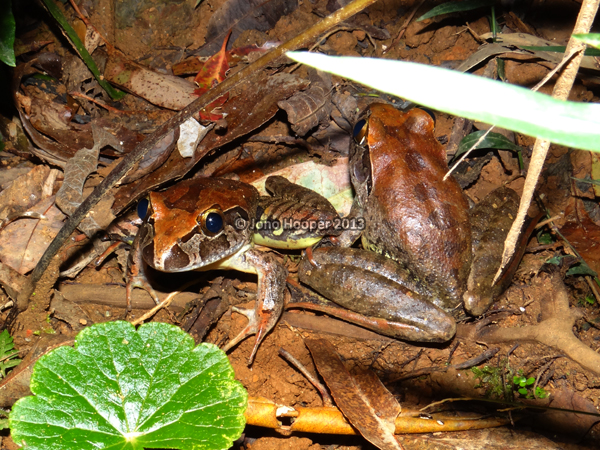 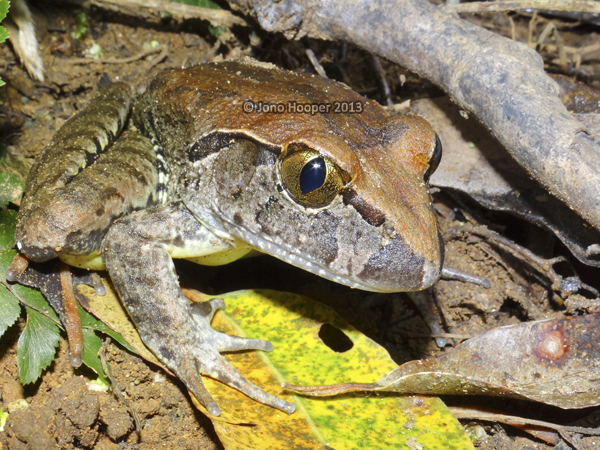 Giant Barred frog (Mixophyes iteratus). Notice the nuptial pad on his inside finger? These are used to help grip onto the female during amplexus. 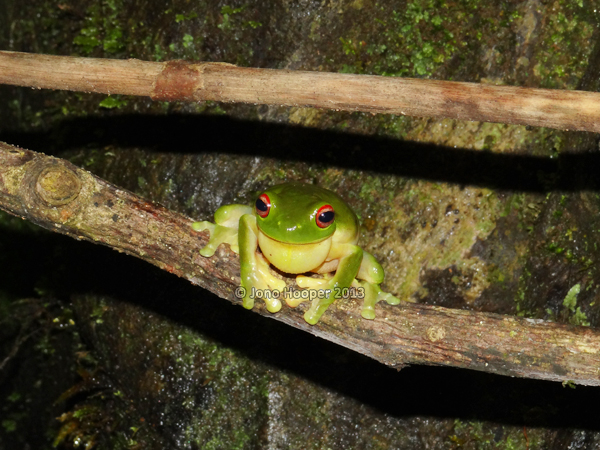 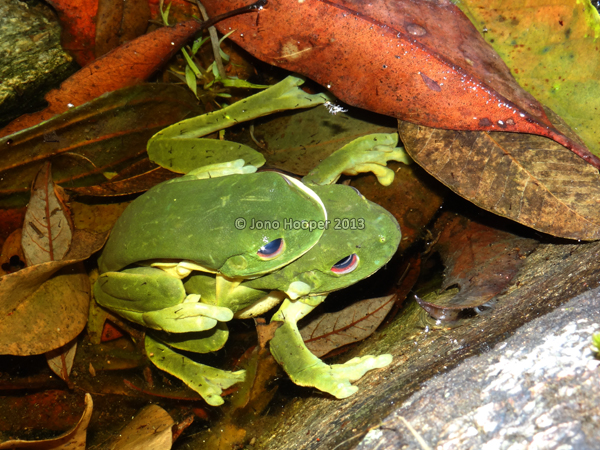 Southern orange-eyed treefrogs (Litoria chloris) in amplexus beneath the water. 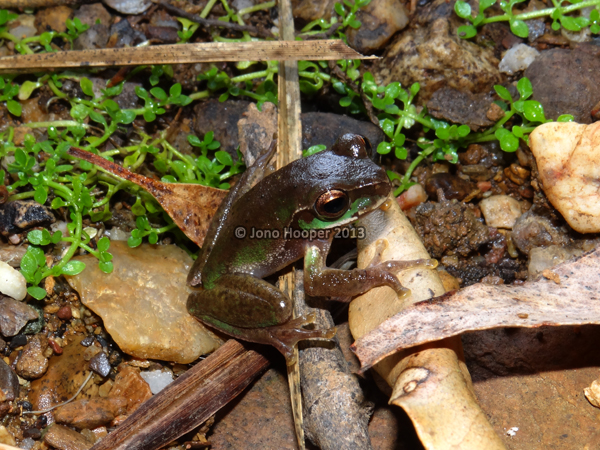 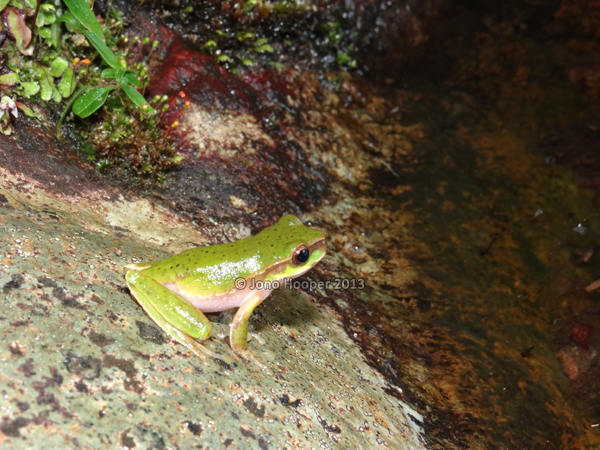 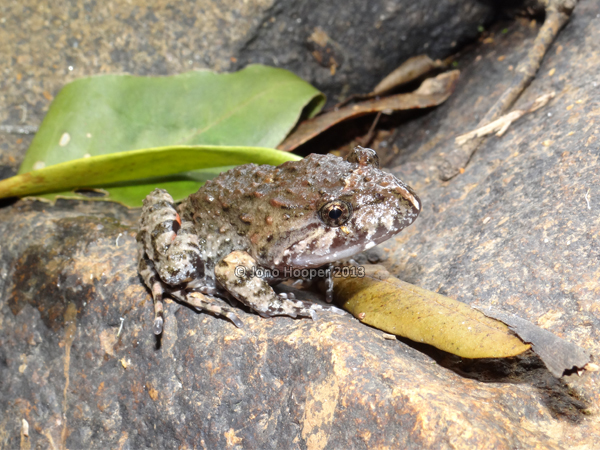 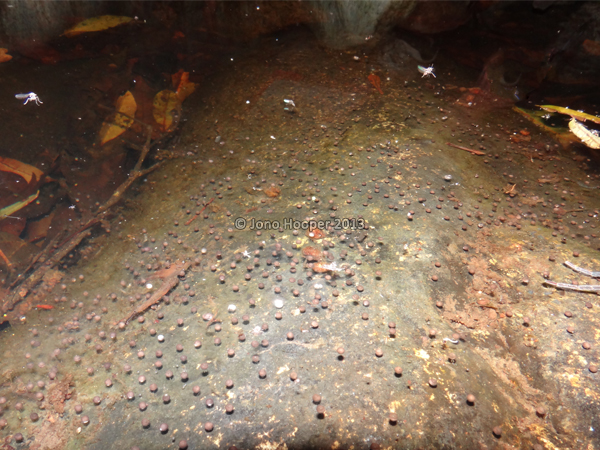 UPDATE: Southern orange-eyed treefrog (Litoria chloris) eggs. There were thousands of eggs in many of these rockpools. 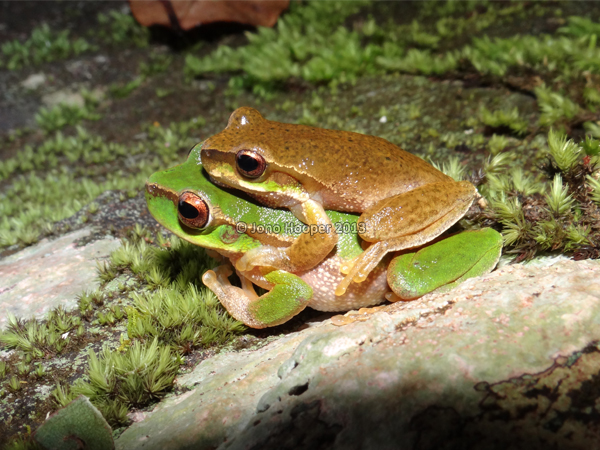 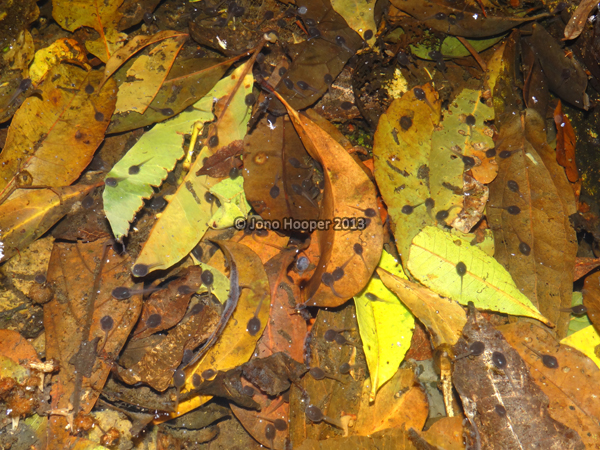 It was a ripper night and I look forward to more frogging adventures with the girls.

2 thoughts on “Eggs, amplexing frogs and calling Assa in the Conondales”