About four months after beginning my Honours project at the University of the Sunshine Coast, I’ve begun collecting data from my field work. My project is looking at whether urban edge effects influence wallum frog occurrence and abundance and their habitat. On the Sunshine Coast we have three of the four vulnerable wallum frogs species which are vulnerable and breed exclusively in acidic, tanin-stained ephemeral water the occurs in wallum ecosystems (comprising of banksias, heathland, melaleuca etc). These ecosystems themselves are also under threat due to extensive coastal development.

Anyways, I’m extremely grateful (honoured?) to the number of volunteers (most of which are fellow uni students) who have given up one or several nights to come frogging with me in not-so-easy terrain. I simply couldn’t have done the field work so far without them…though unfortunately there is still more to be done.

It’s been very cool to have found at least one vulnerable wallum frog species at all sites we’ve been to on the Coast so far. Below are some pics of the little fella’s we’re looking for. Will keep you posted on progress made! 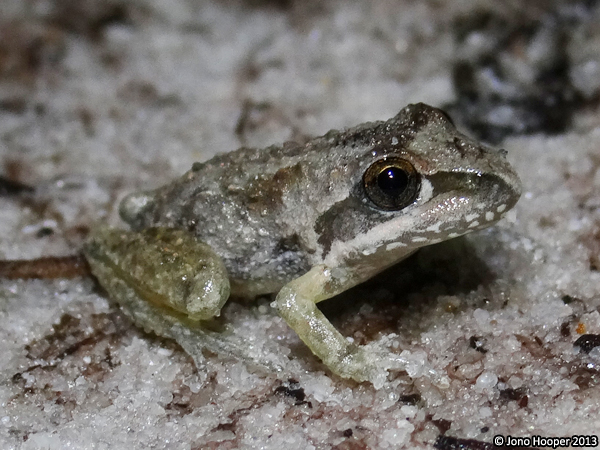 Litoria freycineti (Wallum Rocketfrog) juvenile at Mooloolah River National ParK. The next photo shows just how small these juveniles are…. 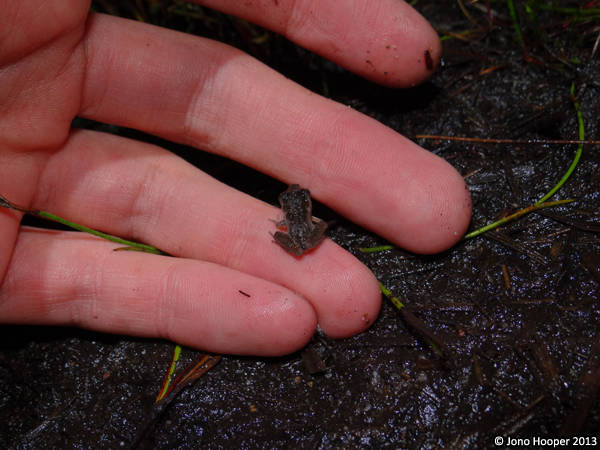 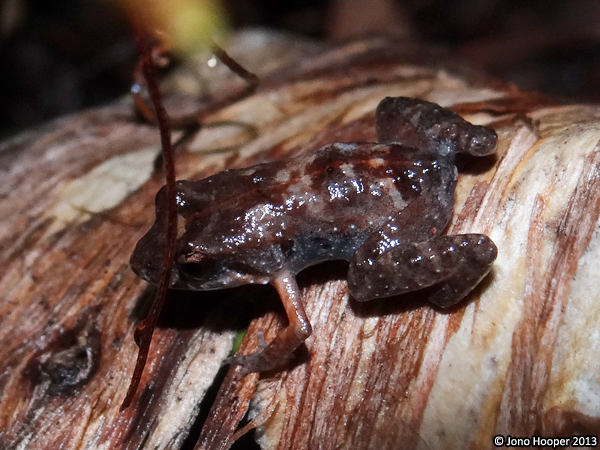 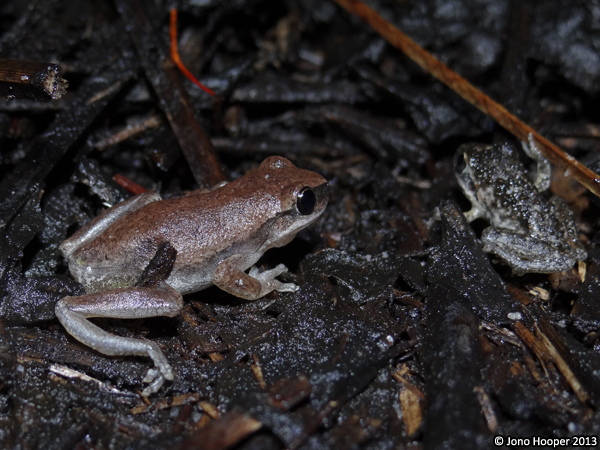 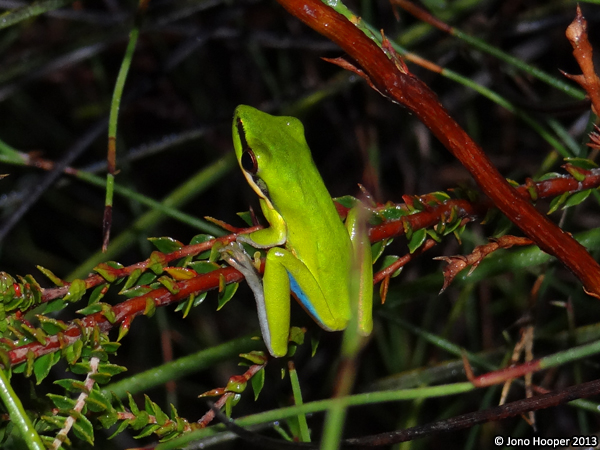 Litoria olongburensis (Wallum Sedgefrog) perched on a shrub at Mooloolah River National Park. Most are a brown to grey colour so this green one was a nice find.